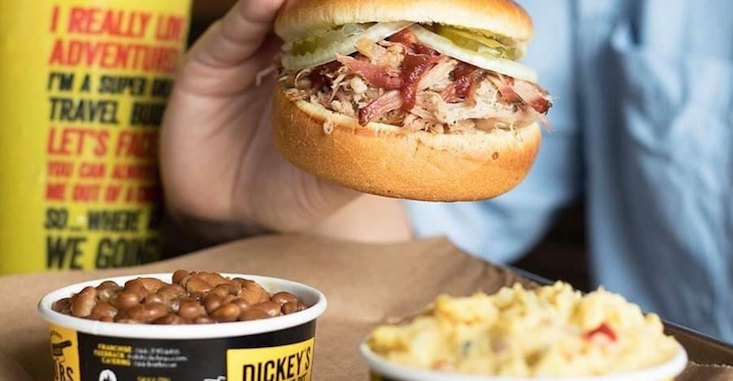 A family-owned barbeque franchise that operates hundreds of venues across the US has revealed plans to open in 50 locations across Australia from next year.

Dickey’s Barbecue Pit entered into its first Australian development agreement at the end of last month, signing a letter of intent with Australian-based franchise group QSR Foods Pty Ltd to open locations across the country.

The restaurant chain was founded in Dallas, Texas, in 1941, and specialises in slow-cooked barbecue meats, including brisket and ribs.

In addition to its 500 venues across the United States, it has two locations in the United Arab Emirates and international partnerships in Brazil, Georgia, Egypt and Pakistan.

In a statement, Dickey’s Capital Group chief executive Roland Dickey Jr said the Australian agreement will cement his family’s “legacy as the largest barbecue concept in the world”.

QSR Foods’ Richa Goyal said in the same statement the first Australian Dickey’s locations will open in Brisbane and Queensland in 2021.

The parties said the deal came about via John Kanawati, a commercial specialist at the US Department of Commerce in Sydney.

Dickey’s ventured into franchising in 1994, more than 50 years after the first Dickey’s Barbeque Pit was opened by Travis Dickey.

It’s the latest in a long line of US food franchises to plan bold expansions into Australia, with burger chain Five Guys also recently announcing plans to open 20 Australian locations.

Back in 2018, local franchisees for Carl’s Jr. spoke about plans to open as many as 50 locations in Queensland alone.

Dr Louise Grimmer, a senior lecturer in marketing and retail researcher at the University of Tasmania, says the timing of Dickey’s to Australia is interesting, given the way COVID-19 has affected both hospitality and retail, but the chain will tap into strong demand from some diners for meat-based products.

“We’ve seen huge uptake and enthusiasm for things such as burger houses, as well as Mexican and South American cafes and restaurants,” she says.

While healthy eating and plant-based foods are also growing trends among Australian consumers, “there is still a huge market of consumers who are avowed carnivores and these types of eateries appeal to this particular market”, Grimmer says.

“In 2019, Australians ate 92.57 kilos of meat per person. Whilst this is 7.98 kilos less per person than consumers in the US, it is still a lucrative market for Dickeys, I would imagine,” she adds.

“And they would certainly have done their research on the local market prior to making this decision.”

And while the likes of all-you-can-eat chain Sizzler are now no longer part of the Australian hospitality landscape, Grimmer says “certain consumers in the Australian market are receptive to larger chains, particularly if they offer something different, great customer service, an exciting dining experience and good value for money”.

Co-Lab Pantry started out as an “emotional project” to help Victorian restaurants find a much-needed source of revenue during the coronavirus pandemic.