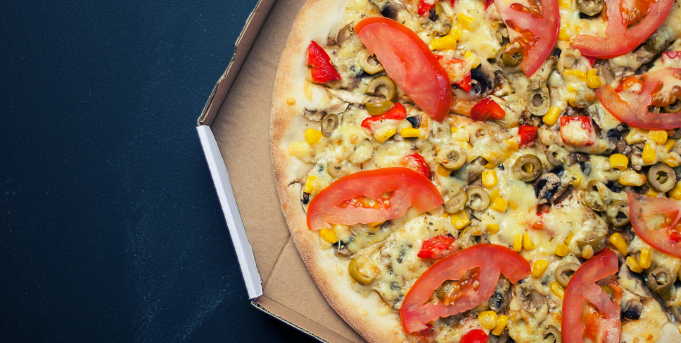 Small hospitality businesses are increasingly fed up with the big third-party food delivery platforms, and some entrepreneurs have seen a gap in the market to create new types of services.

Over the past year an increasing number of businesses have raised issues with the big food delivery providers, including Uber Eats, claiming the high commissions aren’t acceptable given what restaurants get in return. Others have left the platform after being told algorithm issues and “the weather” are to blame for their business having a smaller delivery radius than its competitors.

It’s this sense of dissatisfaction that managing director if Takeaway Solutions, Christopher Timm, is hoping to draw on as he expands his company’s user base.

The software professional developed his own delivery solution for restaurants to use with their own websites, and word quickly got around in his home country.

Takeaway Solutions launched into the Australian market two years ago. The business has around 150 users here, but Timm says the sky is the limit as tensions between hospitality operators and food delivery platforms are now boiling over.

“We’re just a small company at the moment and our growth is through word-of-mouth, but also through people looking up what other [businesses] are using — this is being talked about, a lot,” Timm tells SmartCompany.

The issues being talked about include the high commissions large food delivery platforms take from businesses; the lack of service and support when those deliveries go wrong; and the lack of control companies often have over orders and customer data when they use third-party sites.

Takeaway Solutions aims to address these worries by providing white label software that businesses can use to process orders through their own websites. Unlike Menulog, Uber Eats, Foodora and Deliveroo, which charge a percentage of each order delivered, Timm’s company charges a monthly flat fee of between $50 and $80. But venues do need to employ their own delivery drivers.

Timm says this is a much more attractive deal for businesses; he says, on average, a hospitality business in Australia is making around a 15% margin on food delivery, which means the 30% commission charged by Uber Eats is an “obscene amount”.

“A lot of people don’t even realise their true margins on delivery,” he says.

Several businesses have told SmartCompany they dislike the lack of control they have when using the large food delivery businesses, and believe the cut the platforms take for delivery is not sustainable given how much restaurants actually make from orders.

This complaint is one James Eling, founder of Marketing 4 Restaurants, says he hears regularly. He says some bigger players may be doing well on platforms like Uber Eats because they are charged lower commissions.

“Everyone else though, they’re shipping every meal at a loss — and sooner or later, they’re going to drop out,” he says.

The idea for Marketing 4 Restaurants was born in 2012 when Eling discovered just how difficult it was to order food online directly from individual venues. What began as a marketing offer for hospitality businesses now includes an online ordering system for restaurants, as well as an online table booking tool so customers can book online directly, rather than venues having to pay a for a third-party booking service.

Businesses have plenty of concerns about food delivery platforms, but Eling believes the real troubles may come if companies like Deliveroo or Uber ever decide to start cooking their own food and listing it on their platforms.

“The thing that worries me if that were to happen is that they have the data to say, ‘Indian food is popular in this area’, then they would be preparing that food on a platform other venues are using, but they’re not going to have the cost of the commission,” he says.

Even with these worries, though, can all hospitality venues afford to shun the big third-party platforms?

At this stage, the best choice is to use a range of options, including software that lets you process online orders yourself, Eling says.

“The easiest thing to do is to do both, we don’t recommend going cold turkey and cutting them all out,” he says.

“But when you do deliver food to people, include an offer so that if you order direct [with the business instead of a platform], you save.”

NOW READ: This Fitzroy business says it’s breaking up with Uber Eats after the platform said “the weather” could be limiting its deliveries

What is the feedback from the drivers who work for the big platforms? Are they making money working there delivering for them and the restaurants?