Inside a fight for survival: Restaurants despair as coronavirus tears through hospitality

Last week, as the Morrison government was unveiling the first stages of its piecemeal wage support, Brisbane-based restaurant owner Claire Parviz was already laying off workers.

Today, days after the federal government restricted all restaurants and cafes to takeaway and delivery, Parviz just hopes she doesn’t find a padlock on her venue when she arrives at work.

“There’s no money there, we’re living day to day … the only thing I can do is just not pay rent right now and hope they don’t lock me out,” she tells SmartCompany.

Parviz is one of more than 130,000 hospitality business owners across the country dealing with this ‘new normal’ — a grim reality where there are no guarantees and fewer opportunities as restaurant and cafe owners work around the clock just to keep their heads above water.

It’s an industry in crisis, and it’s far from the only one. Facing unprecedented trading restrictions, the hospitality sector is seeing entire business models turned on their heads overnight.

Dining rooms are becoming dark kitchens and waiters are now delivery drivers as thousands flock to platforms such as UberEats, Deliveroo and Menulog in desperation — hoping they’ll be able to make enough money to keep the doors open.

Parviz, owner of Spaghetti House and CJ’s Pasta, has resorted to delivering meals herself in recent days, a not uncommon phenomena among the business owners SmartCompany has spoken with this week.

“It’s been an emotional rollercoaster,” she says. “On top of it all, our pasta machine has broken down, and I can’t get anyone in to fix it.”

“We’ve all been through our own crises before, but at this stage, I can’t even really think further than a few hours or one day ahead.

“We just have to keep going one day at a time.” 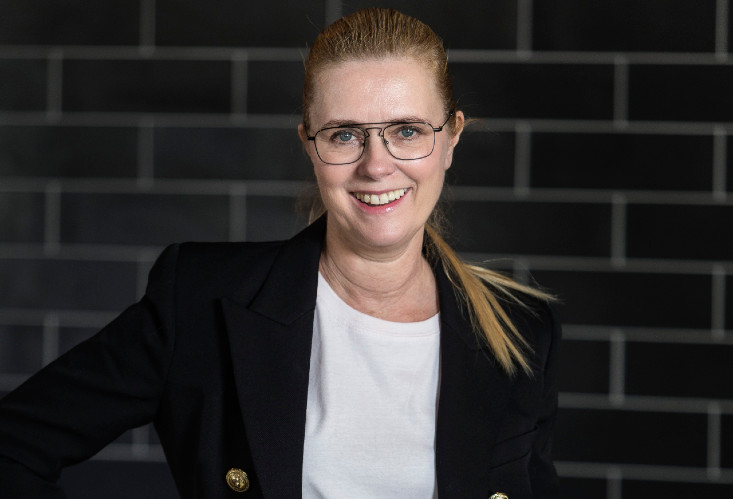 Another heartbreaking reality: Parviz is dropping off meals to two former employees. They’re both internationals, unable to access government support, unable to go home, and it’s the best she can do for them.

Jacqui Tombas, owner of Brisbane-based Miss Bliss Cafe, has similarly been delivering orders herself in recent days after being left with no option but to cut her staff’s shifts last week.

A community-minded entrepreneur, Tombas has set up a pay-it-forward program to help vulnerable members in her community, and spends hours on the phone to other business owners in the industry as she drives around Brisbane delivering orders. 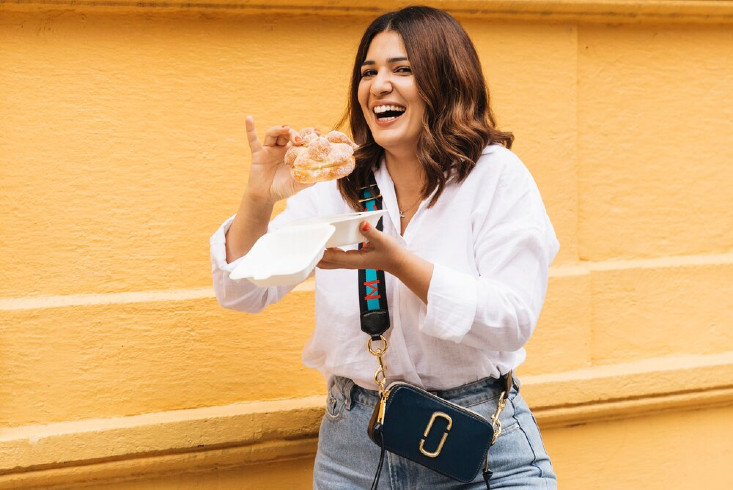 “I’m on the phone everyday with at least 10 people in the hospitality sector; I know by the end of week many places will be shut,” she says.

What would be the biggest single thing that would help these firms? Unanimously, at least among those SmartCompany spoke to, it was rent relief.

“I’m constantly thinking of new ideas, but there’s only so many things I can ask my customers for.”

As we’ve all become so accustomed to saying, these are uncharted waters. Governments are dealing with the worst public health crisis in more than a hundred years — a pandemic so serious that consigning entire industries to financial ruin has become par for the course in Canberra recently.

On Monday, after closing all three venues to dine-in customers, 80% of her revenue disappeared immediately.

“It’s a hard call, I’m sure it’s not easy to lock down the entire community … but it is what it is, everyone’s got to face the same situation,” Reynolds tells SmartCompany.

“We’re just taking it as it comes.”

Now pivoting to takeaway, relying on grassroots marketing and support from the local community, Reynolds hopes revenue will increase in the coming weeks.

But even then, surviving what the government says will likely be a six-month lockdown will be difficult. With three permanent workers and 12 part-time or casual staff, there’s lots on the line.

“If our takeaway businesses increased from 20% to 50% it would definitely help us keep workers on.

“I think we can sustain for another two months if business doesn’t increase.

“If landlords come in, chip in to help, the banks come in, the government is clearer about the support they can provide small business, then maybe we can go on for another four months,” Reynolds says.

“But everything is a guesstimate.”

Reynolds says she’s one of the luckier ones. Friends with high-end restaurants, for whom moving to takeaway would never be feasible, have already closed.

“For them to break even they have to have 70% of the restaurant full,” Reynolds explains.

“There’s going to be a big meltdown in the hospitality business. No events, no dine-in, no parties, no weddings.”

Evan Hanisimikali, co-founder of Manny’s Pizza diner in Chippendale NSW and an adjoining petrol station, says pivoting to takeaway isn’t as easy as pressing a button.

He’s lost 30% of his business over the last week.

“Imagine trying to stay open and keep your staff while making a transition to takeaway — it’s a huge cost to wear, and if you haven’t done it within two weeks you’re out of pocket about $50,000,” he tells SmartCompany.

“In theory it’s a great idea to move to takeaway … but inevitably, you’re going to lose staff,” he says.

There are clearly no easy answers for the more than one million workers and owners relying on the over-$100-billion-dollar hospitality industry to pay their bills, feed their families and progress their careers.

As an industry reliant on tourism, Australia’s bushfire crisis already left many local cafes and restaurants across the country reeling, particularly in remote and regional communities. But now, as international border closures give way to state shutdowns, tourism is a distant memory.

Australians have been told to stay at home. But the economy wasn’t built to flash-freeze, and by the time this island-shaped ice cube thaws out, many of those on the frontlines won’t have businesses to go back to, or jobs.

“The restaurant landscape is going to look a lot sadder if all that’s left is McDonald’s and KFC,” Reynolds says.

While there are signs Australians are shifting their spending to takeaway and delivery services as they work from home, it has not been enough to offset a sizable decrease in industry-wide sales in the wake of social distancing measures being implemented in recent weeks

Dine-out and takeaway spending fell 8% in the week ended March 16 compared with last year, according to ANZ economists.

“The new closure of non-essential services could drastically reduce dining out/takeaway sales,” they said in a statement circulated Monday. “We expect household consumption to decline sharply.”

Wes Lambert, chief executive of Australia’s restaurant and catering association, says businesses have no choice but to get used to this ‘new normal’, at least through to September.

“There is more pain to be felt,” he tells SmartCompany. “There will be three to six months more of this and we just need to adjust our business models.”

“Unfortunately, people will be stood down, we just need to make sure as many restaurants can live through this period as possible, so that on the other side, we come back as a stronger industry.”

There have been some wins. While those businesses SmartCompany spoke with agreed the federal government’s financial support packages aren’t quick enough or big enough to save their companies, relaxations in regulation are opening up new verticals.

It’s been a bumpy start though, as poorly informed police in NSW shut down fast moving businesses on Tuesday. 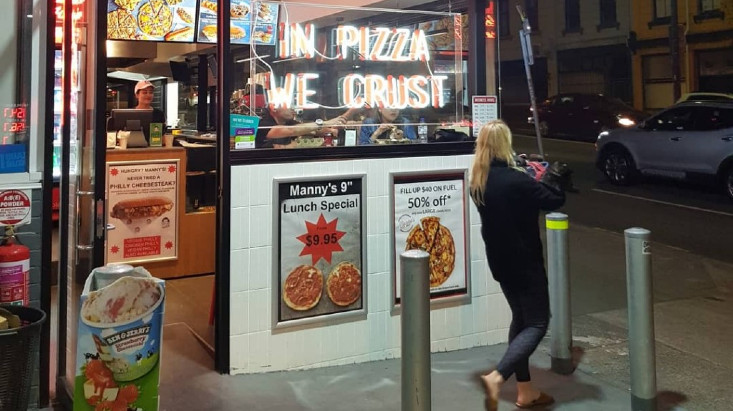 Takeaway only at Manny’s these days. Source: supplied.

Ultimately, Lambert believes businesses are going to have to innovate like this to save their own skins — no one is going to do it for them.

“Takeaway will not work for all restaurants, but it certainly will work for a large percentage of the industry,” he says.

“Restaurants must innovate … they shouldn’t expect state or federal governments to solve all their problems.”

Businesses that can are taking to delivery with gusto, there’s plenty of creativity around in this time of crisis.

The Yarra Valley’s Rochford Wines has transformed its operation into a local grocery store and has begun selling basics in an attempt to stay open and ensure its dozen staff keep their jobs.

“There has never been a more important time to innovate,” owner Helmut Konecsny says.

The keys to survival

But as the hospitality industry fights for its future, there are also no shortage of stakeholders waiting in the wings. Landlords, likely to be extended support of their own in a federal government package being negotiated this week, hold the key to sustainability for many small businesses.

Elsewhere, meal delivery companies such as UberEats, Deliveroo and Menulog still charge restaurants between 14–35% of their order values for delivery. All three companies have taken steps to support firms through the coronavirus pandemic, including through multimillion-dollar ‘stimulus funds’, but so far the prospect of commission relief has been met with a firm ‘no’.

“We’re not in a financial position to do that,” Deliveroo Australia CEO Ed McManus tells SmartCompany.

“Unfortunately, the COVID situation has got to the state where restaurants and cafes have been told to close except for delivery and takeaway, so we’re working really hard with our partners to help them convert their operations.”

But that position doesn’t sit well with everyone.

“If they said they’d reduce their commission from 35% to 25%, that would be a huge difference.

Restaurant owners say there’s still time for platforms, landlords and governments to step in and increase their support for the industry, but the clock is ticking. Businesses are shutting down by the day, resigning more and more workers to unemployment.

Business owners are prepared to fight for their future, but fair opportunity necessitates the prospects of success, or even just survival.

NOW READ: “Hardest it’s ever been”: Disrupted but not dejected, Australia’s restaurants discuss what’s next

NOW READ: Government announces a $66 billion second coronavirus stimulus: What’s available to restaurants, and how do I claim it?