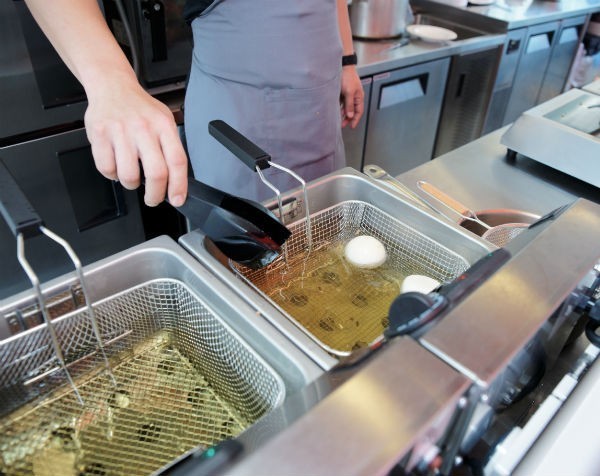 A small business owner from Colorado in the United States has had his restaurant catapulted into the international spotlight after some feisty responses on his Yelp page were made public.

Mark Nery, the owner of Onefold in Denver, has been replying to negative reviews with sarcasm and language that could be described as less-than-delicate for the past few weeks, according to Eater.

Nery has even gone as far as labelling one customer, who said she was a 70-year-old woman, an “asshole” for complaining about the restaurant’s coffee and its use of duck fat in its cooking.

In one particularly long one-star review, Yelp user Michael described Onefold’s food as “subpar” and the “vitriol” from its owner “a worse overall experience than the one that was offered”. 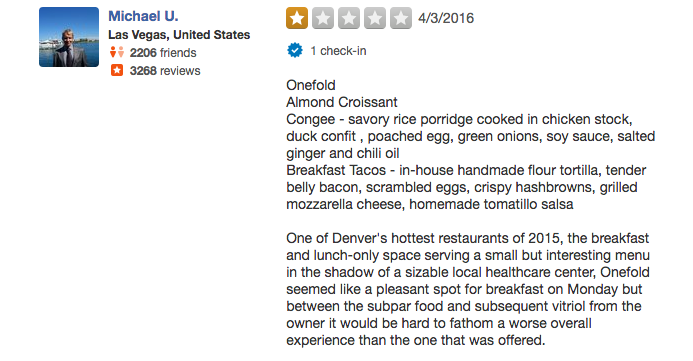 In response, Nery did not hold any punches.

“You do write with a prose that reminds me of a high school valedictorian that try’s [sic] way too hard to sound intelligent,” the restaurant owner said.

“However that’s my opinion just like your opinion of our congee.”

Nery then went on to recount Michael’s visit from his perspective, saying his workers thought he was a “creepy guy”.

But the comments didn’t stop there, with the small business owner also alleging that several customers complained about the reviewer potentially watching pornography on his laptop.

“Verified with other restaurant friends of mine how creepy you were on your visits to their establishments and how you requested special treatment because you are a ‘food critic’”, Nery wrote.

The feisty responses to one-star reviews have not been welcomed by everyone, however, with one Yelp user labelling the restaurant owner an “asshole”.

“Please don’t give this person any more money,” the Yelp user wrote.

“He’s just plain mean to people. God forbid someone doesn’t like your coffee or dainty tacos. Don’t own a business if you can’t handle criticism.”

Another Yelp user said the restaurant owner needs to “grow up”.

“Instead of bashing people that spent money at your restaurant, how about evaluating your food, servers and overall customer experience,” the user wrote.

“How about you attempt to improve upon the negatives that your customers are expressing … it might actually lead to repeat business and greater loyalty and increased profits.”

SmartCompany contacted Onefold for comment but did not receive a response prior to publication.