How Melbourne coffee brand St. ALi is getting into the education game 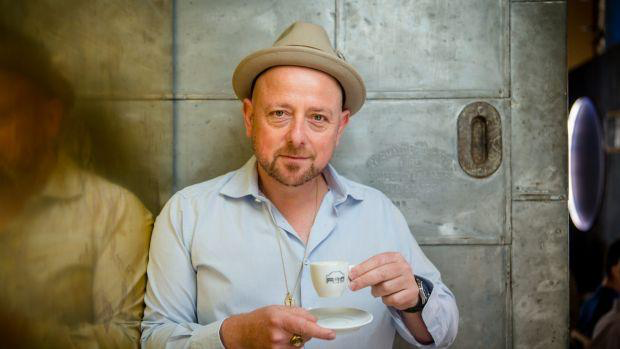 Melbourne-based coffee company St. ALi has expanded overseas and partnered with a multinational company, but now it’s pivoting to online education in a new chapter of its journey.

“People are getting more and more advanced, into, or snooty about coffee. This course is for anyone who has started the coffee journey or fallen in love with the coffee plant,” he tells SmartCompany.

The online coffee course, launched in November last year, is the latest developments in the St. ALi timeline, spearheaded by a founder with a strong history of establishing new businesses. Malatesta’s previous ventures as a “serial entrepreneur” include a fashion label, a travel business and sushi bar, although coffee now appears to take up the majority of his time.

The practice of ‘cupping’

St. ALi’s coffee course focuses on ‘cupping’ — the practice of tasting coffee and observing its aromas and brew. The course is sold for $120 and those who sign up are delivered a box of coffee beans, some bowls and an optional coffee grinder for an additional $79.

The online program features modules on coffee roasting, quality and origin, heritage and processing, among others. After each cupping session, the user is able to participate in an online forum and discuss their experiences, observations and notes with other people signed up to the cupping course. The course is designed to be taken at each user’s own pace.

The tasting course has also been released alongside an advanced barista course offered by Barista Hustler — a company Malatesta also has a stake in.

“We have a creative meeting every Friday from 7.00am to 10.00am where stakeholders come with ideas. Those two courses ideas came at the same time,” he says.

Since its release, Barista Hustle’s course has signed up over 1,300 customers, many of them are home coffee enthusiasts. 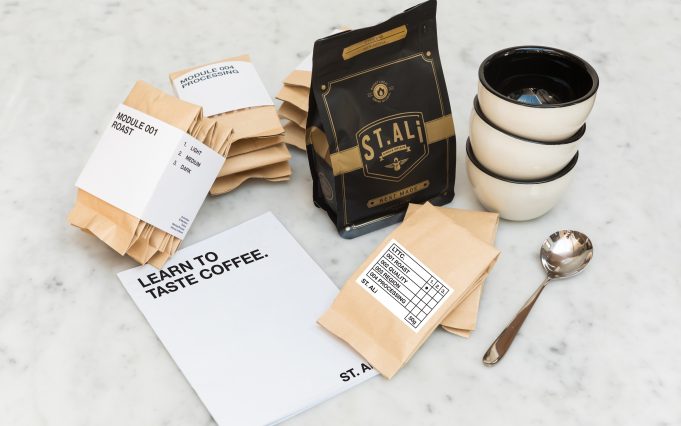 Established in 2005, St. ALi began as a single coffee shop in South Melbourne with the philosophy of bringing “specialty coffee to the masses through a team of dynamic and drive coffee-lovers”. It later branched out by building a wholesale arm. In 2012, SmartCompany reported the combined turnover of Malatesta’s businesses was $18 million, and while the entrepreneur is now keeping the financial details of his brands under wraps, he says revenue has increased over the past six years.

The St. ALi brand proved successful enough that Malatesta decided to travel overseas and set up shop in Jakarta in September 2016. The aim was to grow a coffee scene in an area where the interest in coffee was new and underdeveloped.

“Most of the things we do aren’t strategic, but we do have a strategy to have a global presence,” Malatesta says.

But once in Indonesia, Malatesta found a stark difference in culture, leading to some unexpected challenges.

“The biggest challenge was getting fresh milk. We take things for granted,” he says.

“Jakarta’s hot and no one refrigerates anything.”

St. ALi’s decision to establish a presence in Jakarta certainly carried risk, but the cafe was supported by the Department of Foreign Affairs and Trade (DFAT) and ordinary Australians once the word got out.

“The beautiful thing that came out of it is we had so much support from punters, but also DFAT. As soon as we opened in Jakarta, the Minister for Trade cut the ribbon, it was a big deal,” Malatesta says.

One of the more extraordinary moments in the St. ALi journey is when Mercedes Benz reached out to the coffee company seven years ago to form a partnership. The two brands launched a joint cafe in Melbourne in November last year.

The Mercedes me concept store was an unlikely partnership, says Malatesta, but Mercedes Benz had a strong interest in joining forces with St. ALi to establish the first Mercedes me presence in Australia.

“What I found with Benz [is] they are so forward thinking. To put it in context, they’re a German car company willing to work with things that makes no sense,” he says.

Malatesta says further projects and new online courses aren’t out of the question, judging by the initial uptake of the Barista Hustle course. Throughout the various ventures of the St. ALi brand, it’s clear creativity plays a key role in the decision-making process — and that’s what gives it a spark.

“Australians were so proud we were exporting the coffee culture. Every business that ends up doing something cool starts off with a casual conversation,” says Malatesta.