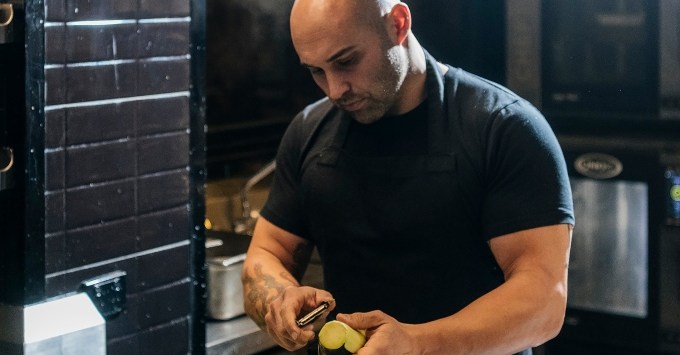 Shane Delia’s Providoor has only been operating for 18 months but it has already generated more than $74 million in revenue for its restaurant partners.

That figure is set to grow even faster this year, as the premium food delivery platform that was born from within the Melbourne restaurant industry expands into Queensland this week.

Already in Sydney and the Australian Capital Territory, Providoor will begin taking orders for Brisbane restaurants from today, with deliveries to commence next Thursday, February 24.

Providoor allows customers to order meals prepared by restaurant chefs to finished at home, and Brisbanites will now be able to order from an initial group of 13 restaurants, including Siffredi’s, Evita, La Costa, NOTA, La Valle, NAIM, Southside, Brisbane Phoenix and City Winery.

The service will also be available to customers in northern New South Wales, in Byron Bay and Tweed Heads, with Delia telling SmartCompany the platform will be connecting Brisbane restaurants with diners across the Gold Coast, Sunshine Coast, Noosa and Toowoomba.

Providoor meals are delivered via certified cold freight, with a flat delivery fee of $16.50.

A Brisbane launch has always been part of the plan, says Delia, and the fast-growing business has had “boots on the ground” there since the expansion into Sydney in July 2021, as well as a Queensland state manager for the past six months.

“The Brisbane restaurant scene is really advanced now, it has come along in leaps and bounds and has really opened up,” he says.

But the chef-owner of Melbourne’s Maha restaurant isn’t stopping there: “we’re expanding globally”, he tells SmartCompany. “Brisbane is the next stop for our national launch.”

Western Australia and Adelaide will likely be the next cabs off the rank, followed by an international launch in mid-to-late 2023. The business is still assessing where that might be.

Providoor has grown from an initial team of three people to now around 20 staff, and it has delivered 850,000 meals to date.

Former eBay Australia managing director Tim McKinnon recently joined as CEO to take the business to the next level, which will reportedly involve raising a significant amount of capital.

Customers have been drawn to the premium nature of the Providoor offering compared to what’s on offer from other meal delivery services like UberEats or Deliveroo, says Delia.

“We don’t serve burgers and fries, that’s for sure,” he says.

“We’re a curation of Australia’s best restaurant brands. So it’s premium food, but not necessarily inaccessible food. Our goal is to make amazing food accessible.”

Providoor is a restaurant-first business, says the founder, and it stands out as one that was “born from the industry, for the industry”.

‘We’re not an outsider trying to steal from the restaurants, or be a parasite that’s sucking the blood out of restaurants,” he says.

“We’re just as focused on driving revenue, internal revenue, bums on seats for restaurants, as we are on growing at-home events.” 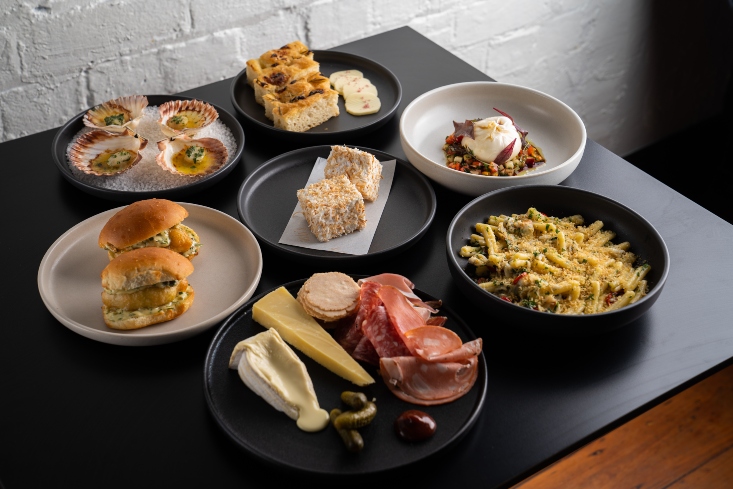 Delia says Providoor customers are drawn to the premium nature of the food on offer. Source: supplied.

It’s why Providoor charges a commission of 15% to restaurants, compared to up to 35% charged by some of the larger, fast-food focused delivery platforms.

“We want to make sure restaurants are set up for success,” Delia says.

“We legitimately partner with restaurants, not just to provide sales for them through us; that’s a small part of it. It’s about how can we partner with them to grow their brands, to grow their audience, so people can come back into the venues.”

Delia refers to Providoor as an “exploratory platform”, with some 78% of customers experiencing a restaurant’s food for the first time through the platform.

In this sense, it’s a “try before you buy” proposition for diners, many of whom have created “new relationships with their homes” while being in lockdown or working from home throughout the pandemic, says Delia.

“They want that premium experience at home with their friends or their loved ones, or on their own.”

And it’s no longer the case that diners are looking for those experiences on a Friday or Saturday night, he says, with many Providoor customers also ordering meals mid-week. They are looking for a convenient option without the high sugar and fat content of fast food, says the chef.

“Let’s be frank, a large cohort of Australians call themselves a foodie, but there would be a lot of us that can’t cook. And the whole idea of the contemplation of reading a recipe, buying all the ingredients, traveling to five or six shops, and then actually attempting to do it is just too overwhelming,” he says.

“So I think coming into the city is one part of it, but there’s also … wanting to do things but not having the skillset to do it, and this way it alleviates it.”

Restrictions may have eased for Melbourne hospitality businesses, but debt and staffing challenges are still pushing them to breaking point.

Marketplacer has bagged $20 million for its tech helping traditional retailers (and new entrants) stay abreast of the e-commerce revolution.