Uber and Deliveroo in “early talks” to merge, but Australian businesses aren’t on board

Two of the biggest players in the food delivery space could be set to merge, with reports out of the US suggesting ride-share giant Uber could be looking to acquire Deliveroo.

In a report this morning, Bloomberg said the two companies could become one, with Uber in “early talks” to purchase Deliveroo for several billion dollars.

Citing sources close to the companies, Bloomberg reported an acquisition price for the business is unknown, but those familiar with Deliveroo’s plans say it would have to be “considerably” higher than its most recent valuation, which was over $US2 billion ($2.7 billion).

The talks between the two companies could still fall apart, however, with Bloomberg reporting Deliveroo’s management have been historically reluctant to relinquish their independence.

A spokesperson from Uber in Australia declined to comment when contacted by SmartCompany, and Deliveroo did not respond to request for comment prior to publication.

A merger of the two companies would be a significant consolidation of the on-demand food delivery market, with both Deliveroo and UberEATS having significant presence across the US, UK, Europe, and Australia.

Uber’s chief executive officer Dara Khosrowshahi told a conference earlier this year UberEATS was going from strength to strength, with the business on track to trounce other competitors such as Deliveroo.

“UberEats is absolutely exploding. I think we’ll be the largest food delivery company in the world this year,” Khosrowshahi said.

The chief executive also revealed the delivery business was growing at a rate of 200%, and had “350 cities to go to catch up to our rides business”.

Local businesses not on board

An acquisition of Deliveroo would not only be a significant consolidation of the industry globally; it would also lead to a shake-up of the Australian food delivery market.

With Foodora departing the scene last month, Australia’s food delivery market is remarkably small. Thanks to other acquisitions in the industry, such as Delivery Hero’s purchase of Suppertime and Menulog’s acquisition of EatNow, there are only three main players in the industry: Menulog and EatNow, Deliveroo, and UberEATS.

A merger of the latter two would see the food delivery space Down Under turn into a two-horse race — something that local businesses aren’t too keen on.

Speaking to SmartCompany, Tung Nguyen, founder of Melbourne-based fried chicken joint The Art of Fried Chicken, says he wouldn’t be a fan of a potential delivery monopoly controlled by Uber, saying “healthy competition” is the only way delivery companies are going to up their game.

“UberEATS, on the whole, is great, but they’d start to dominate the market just like Telstra did 20 years ago. They’d just do whatever they want,” he says. 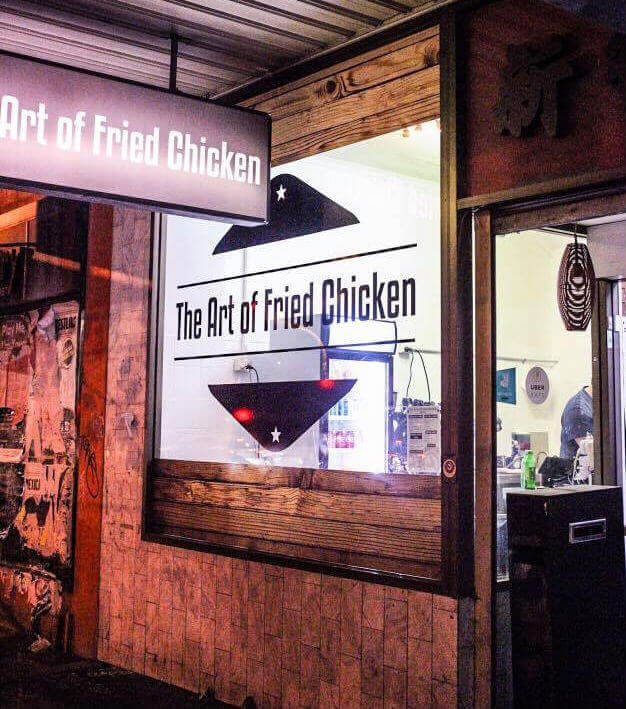 Nguyen says less diversification in delivery platforms will also directly hurt any new businesses starting out in the food delivery space due to how Uber manages its rating and feedback system. Businesses have told SmartCompany in the past about UberEATS’ complaints resolution process, which allegedly leaves businesses high and dry when it comes to dealing with driver-related issues.

Nguyen echoes these concerns, saying his business has suffered in recent times due to UberEATS not having enough drivers to support a significant influx of orders.

“We once had 25 orders come at once, and it took an hour for the drivers to come, and the food got cold on the way. But we took the blame, and we had customers ringing and writing complaints about the store even though the drivers were at fault,” he says.

This directly affects a store’s rating on the platform, which Nguyen says small businesses live and die by. He says the UberEATS app works by putting restaurants with the highest rating up the top, meaning poorly rated businesses get shunted further down.

“If you’re not getting great ratings you might as well give up — no one’s ever going to find your food,” he says.

“We cater for it, and if we ever went down on rating in Uber our orders would be non-existent. That’s why other platforms like Deliveroo help, because you can spread out your ratings and not be reliant on just one.”

Despite Nguyen’s lack of enthusiasm for a potential Uber-Deliveroo merger, he can see some ways it would benefit Australian businesses.

“It would make their delivery service more efficient and more easily available for suburbs with fewer drivers as they’d have twice the number of drivers,” he says.

“But if they’re always going to charge 35% [commissions] and never improve their feedback process, it’s not going to get better.”

NOW READ: In the delivery wars, this small business owner says UberEATS is their best bet

The worldwide “pac-man’ trend continues as big businesess gobble up the small. Who will benefit? Surely not the consumer.