The Commonwealth Bank has fixed a service outage that prevented some small business owners from processing EFTPOS transactions on Monday.

The bank had been updating customers about the situation until 8.45pm last night, when it notified them that it had fixed the tech outage, but it did not provide details about what had caused the problems.

There was also no detail provided about how widespread the outage was, or whether any compensation would be offered to affected customers and business owners.

Customers had been taking to social media throughout Monday to express their frustration with an inability to process EFTPOS payments or use online and mobile banking services.

“We apologise to everyone who was impacted by this inconvenience,” the bank said in a statement.

Users said they were unable to access the ‘cards’ section of their C0mmBank app, others said they received a ‘tran error card rejected’ notice when trying to pay via EFTPOS.

We’re aware that some customers may be having issues viewing cards and loans in Netbank and the CommBank app as well as completing payments at point-of-sale terminals. We’re sorry for disrupting the start of your week -we’re looking into this as a priority and will keep you updated.

SmartCompany asked Commonwealth Bank whether it was able to provide an update on the scope of the outage, but a response from a spokesperson mirrored a statement posted to the bank’s website.

In its second update about the outage yesterday, the bank said the following services had been affected: 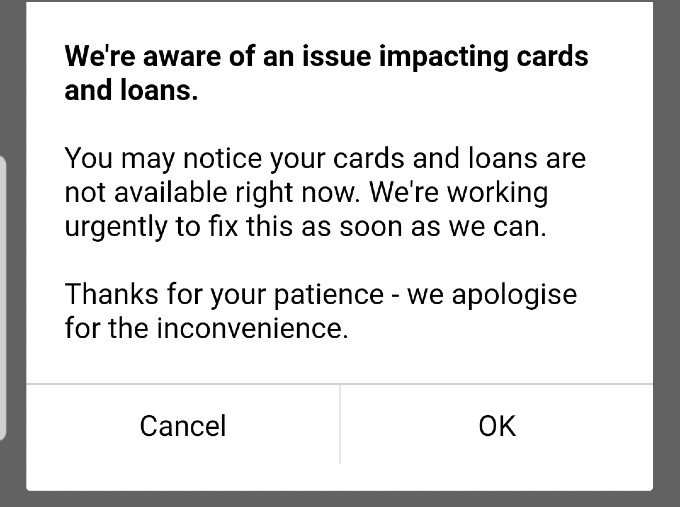 Customers have been getting error messages.

It is not the first time the bank has suffered an outage affecting its small business clients over the past 12 months.

Last October, a widespread issue with its business and customer banking services left employers unable to pay their staff.

NOW READ: After damning the Commonwealth Bank’s management, regulators want the bank to fix itself