Gmail is rolling out a major redesign: Here are five important new features 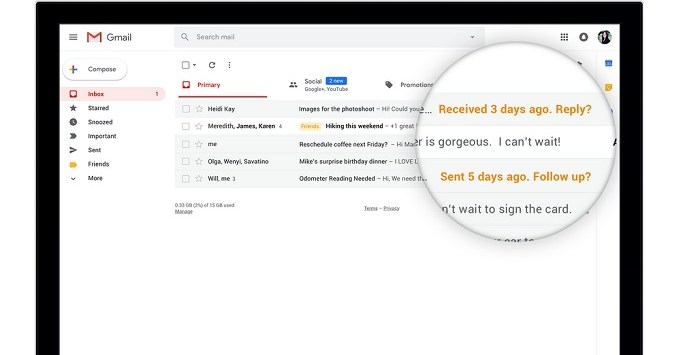 Google has today released a major update for one of its most popular products, Gmail. How will the changes affect how you send email in your business.

With one of the largest updates in the history of the product, the newest features will look to assist users with smoother compatibility, meaning they could be a positive change for your messaging experience.

There will be an immediate physical change to your emails, a smoother, cleaner interface but perhaps most importantly, compatibility with other Google apps.

Users of the email platform who are looking to use these updates immediately have been advised to click on the settings cog in the top right-hand corner of the browser and select ‘Try the new mail’ option.

Some Gmail users in Australia have been reporting a lack of ability to update their email service at the current time. The advice from Gmail on Twitter is “It’s rolling out gradually” and to “keep checking throughout the day” in order to see the updated offer.

The update to the service, which is currently used by over 1.4 billion people, has only just begun rolling out. Not all features will be made available immediately but here is what we know so far:

Confidential mode is one of the most highly-anticipated features of the latest update. This function will allow users to send emails with a little more privacy.

Emails sent in confidential mode will remove the recipient’s ability to forward, copy, download or print the email. This feature will also give the sender the ability to have the email ‘expire’ at a time of their choosing, with the aim of helping customers ‘stay in control of their information’.

One aspect of the update which could appeal to small businesses is the integration of Google apps such as Calendar, Keep and Task into a side panel of the email interface. This will mean that users won’t have to constantly switch between different tabs and windows, instead able to multitask at a much higher level. Ever get those emails that you just know you’re not going to get to straight away and will most likely forget later in the day? Google gets it too, and has added a snooze function to the email service, which will help remind you (at a time of your choosing) about emails ‘snoozed’ earlier in the day.

Hand in hand with this feature, Gmail will now include a nudge option, which will give the user a reminder at later date to ensure that no important emails are slipping through a busy inbox. Google is attempting to make simplicity a key focus with the latest update introducing ‘hover commands’, which will allow users to archive, delete, mark as ‘unread’ or snooze any emails by simply hovering the cursor over the email in question.

A revamped approach to accessing attachments is a major focus in the new update. This will allow users to access attachments within an email, without actively clicking on the thread. This has the capacity to be a major time saver as it cuts out the potential of scrolling through a number of long email chains to find what you are looking for.

In one of the more useful additions of the latest update, Google is introducing a ‘smart reply’ feature that let users automatically reply to emails, with Gmail providing three suggestions based on the email that you are responding to.

Further details of the updates can be found in a Google blog post.