Twitter has been #hacked, with dozens of the social media platform’s most influential accounts becoming embroiled in a bitcoin wallet scam, including Elon Musk, Jeff Bezos, Warren Buffet, Bill Gates and many others.

Twitter confirmed a “security incident” is now being investigated as users with “blue tick” verified accounts report an inability to publish posts on the platform in an apparent precautionary measure.

While its still unclear how the hack happened, the scale is widespread, with prominent figures —covering tens of millions of followers— posting pinned tweets containing bitcoin wallet codes.

The ask is a classic: Compromised accounts tweeted pledges to double money donated to a bitcoin wallet, which has since received more than $168,000 in donations (12.8 bitcoin). 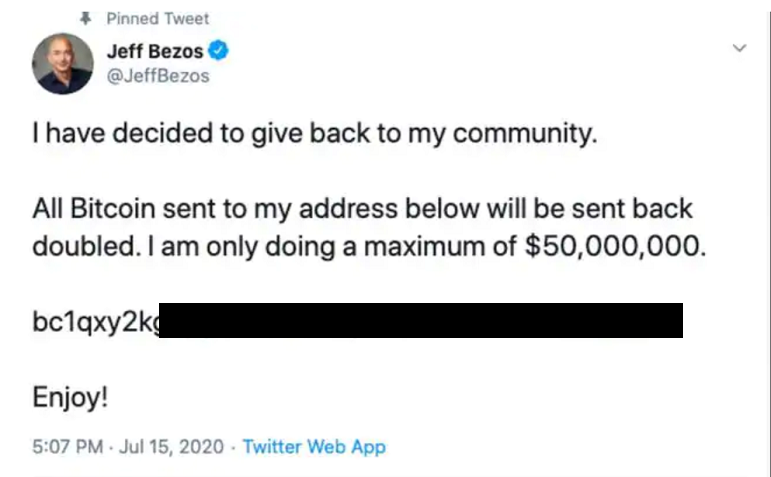 The hack went beyond individuals, with business accounts like Apple and Uber also compromised.

The offending tweets have since been deleted, but were online for several hours before Twitter staff began to clean up the mess.

Compromised accounts, and all other blue tick members, were unable to tweet on Thursday morning in a precautionary lock down of verified users.

Users of verified accounts received messages saying their activity might be automated, forcing news organisations to create new Twitter profiles to post news about the hack.

‘This request looks like it might be automated. To protect our users from spam and other malicious activity, we can’t complete this action right now. Please try again later,” the verified user error message read. 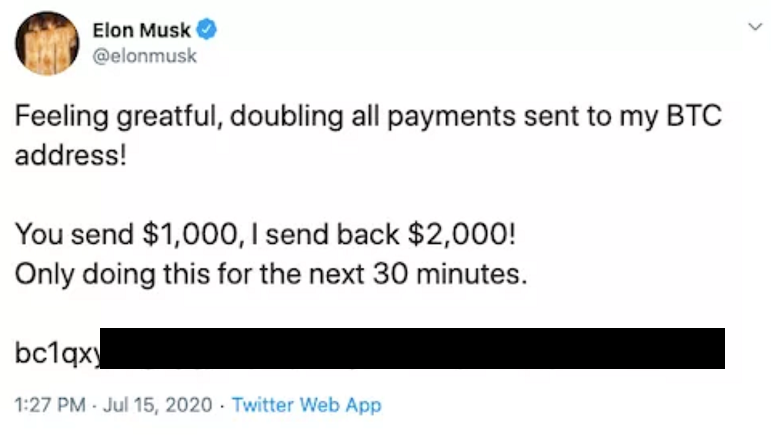 Twitter has yet to provide any updates about the cause of the hack, but verified accounts began posting as normal again later on Thursday morning.

#hacked was nevertheless trending globally on the platform on Thursday, as all manner of non-verified users weighed in on the silence of the platform’s most influential accounts.

NOW READ: Kathmandu hacked: Retailer admits personal and payment data may have been leaked over a month ago