When former prime minister Bob Hawke launched the Australian Made campaign in the 1980s, the words ‘True Blue’ were front and centre on the agenda.

The phrase, used four times in a short speech the late prime minister gave at Melbourne’s Greensborough Plaza in 1986, was billed as the essence of a brand new green and gold logo for the campaign as Australia’s manufacturers flocked to become accredited.

Thirty-three years later Greensborough Plaza is a very different place, and the Australian Made campaign is solving a much more complex puzzle with an entirely new generation of consumers.

As shopping centres make way for e-commerce and imported goods become ever cheaper, the majority of Australia’s shopping public carry around access to every major global marketplace in their pockets.

In a world where a quick google is all that separates someone from German chocolate or Chinese car parts, Australia’s small businesses are finding it more difficult to convince younger shoppers to buy local.

Dave Giddings, owner of Drive Marine Services, a NSW-based manufacturer of boat servicing products, knows the struggle of selling ‘Australian made’ to Generation Z all too well.

“They don’t give a shit,” Giddings tells SmartCompany.

“It’s getting really hard to compete against cheaper imports.”

A recent report put together by St George Bank and academics from the University of New South Wales identified a need for Australia’s $100 billion manufacturing sector to shift its approach in the face of global competition at home.

Veena Sahajwalla, director of the Centre for Sustainable Materials Research and Technology at UNSW, says manufacturers are coming to terms with a new generation of shoppers who have grown up as “global citizens”.

“It’s a reflection of the modern age. We need to be responsible to the needs of young people,” Sahajwalla tells SmartCompany.

“They probably have lost relevance with a younger audience, to be brutally honest.” 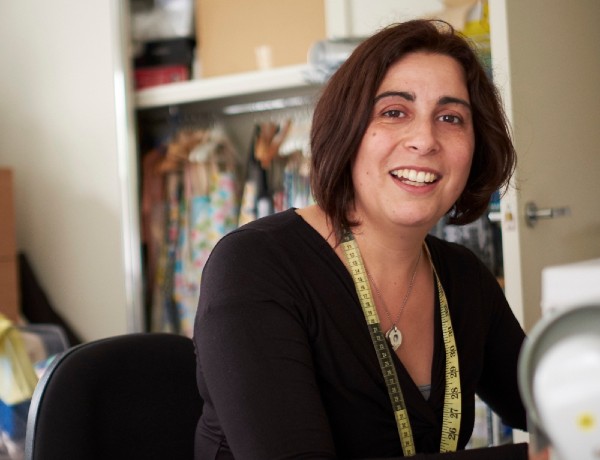 Taylor, who has built her business selling locally produced homewares on platforms such as eBay and Etsy, makes a point of communicating her sustainability credentials when marketing to customers.

Many of her products are pitched as plastic replacements, opening her business up to an expanding market of environmentally conscious consumers.

The future of ‘Australian made‘

It’s the type of thing Australian Made chief executive Ben Lazzaro believes will be increasingly important for manufacturers looking to convince younger shoppers to buy local.

“We have to reposition and rearticulate our value proposition to that younger demographic,” Lazzaro tells SmartCompany.

Lazzaro says the findings are consistent with what Australian Made itself has found and underlines a broader shift taking place within the campaign.

“We have to do things differently … there’s a huge opportunity for Australian manufacturers evolving into the digital space,” he says.

Lazzaro says ‘Australian made’ must increasingly highlight the characteristics of locally made products over the true blue messaging of yesteryear.

That means spending more time talking about sustainable companies, and how supporting local economies can result in better outcomes for the environment, whether that’s by eliminating the carbon footprint associated with global shipping, or by noting the range of sustainable materials used to produce local goods.

While only about a quarter of younger shoppers said they would pay more for ‘Australian made’, Nielsen research indicates as many as 73% of millennials in Australia will pay more for sustainable products.

Matt Lawry, marketing manager at e-commerce business Yellow Octopus, says sustainability is a better focus for the homewares and gift retailer than ‘Australian made’, which he says often gets rolled into a more complex conversation about nationalism.

For Giddings, whose company has developed and released a range of locally made apoxy products that are billed as much safer to use than Chinese imports, doubling down on quality is proving lucrative.

Sahajwalla agrees the shift in focus is an opportunity for local businesses, particularly amid efforts to grow Australia’s circular economy in the coming years.

Technology like smartphones doesn’t just make it easier for shoppers to access global markets, it also allows them to be more informed when making purchasing decisions.

“The nice thing about being an SME is you can be really agile and responsive to customer needs,”  Sahajwalla says.

“You have the ability to do something quite unique.”

NOW READ: The complete guide to startup capital: 12 ways to fund a new venture in Australia

I’m Gen X, and I’d happily buy Australian made… if I could afford it. My stagnating (hell, dropping!) wages don’t afford me that luxury – I’m living paycheck to paycheck.

……and of course there is the small matter of us manufacturing almost nothing anymore.