Collapse of Australian car manufacturing will harm R&D in other sectors: Study 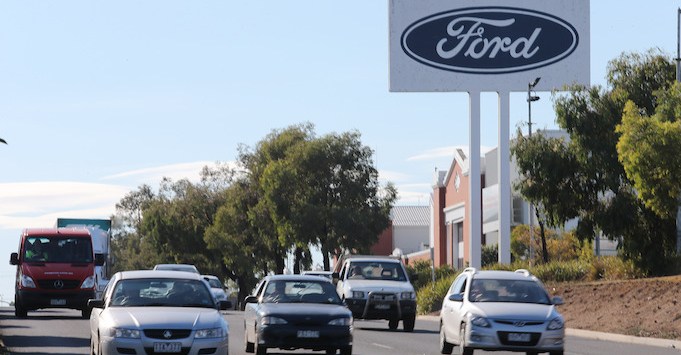 By the end of next year, car manufacturers Mitsubishi, Ford, Holden and Toyota will all have largely exited Australian manufacturing, taking their assembly lines overseas where the cost of production is significantly lower. This will create a vacuum for 260 businesses that supply accessories and components to the Australian automotive sector.

But beyond the direct impact to suppliers, our research shows there will be a significant impact on output and tens of thousands of job losses in downstream and upstream industries, and in particular, the Professional, Scientific and Technical Services (PSTS) sector. This sector, defined by the Australian Bureau of Statistics, currently employs more than one million people, or around 8.5% of the total workforce.

Read more: The Ford plant closure in Geelong is a sad loss of manufacturing know how

There are several reasons for the closure of Australia’s car manufacturing industry. The Australian market is too small and the industry cannot fully exploit economies of scale. To remain solvent companies have no choice but to use cheaper foreign production inputs, including both labour and parts. The domestic market conditions in Australia has become untenable with a) the lowering of import tariffs and the signing of Free Trade Agreements; b) higher wages and better work conditions demanded by the unions; and c) the appreciation of the Australian dollar. It is very difficult to compete when labour costs in some Asian countries are only one-fourth of that of Australia.

But the car manufacturing industry does not operate in isolation. In 2009-2010 there were approximately 73,772 full-time employees in the motor vehicle industry (which includes the production of other transport equipment as well as parts), producing a total gross output of approximately $20 billion. The output and employment multipliers in this industry are two and seven respectively, suggesting that $1 million in additional final demand can directly and indirectly generate $2 million extra output and seven jobs in the economy.

Importantly, the collapse of the motor vehicle industry could adversely impact the viability of the PSTS industry. This industry provides services in scientific research, architecture, engineering, computer systems design, law, accounting, advertising, market research, management and other consultancy, veterinary science and professional photography. Scientists in this sector, including CSIRO staff, are mainly involved in R&D activities.

Depending on the extent of sectoral linkages, the number of resulting full-time job losses varies across industries. Assuming the closure of the entire car industry, Figure 1 shows the number of job losses in 10 of the hardest-hit sectors. Many of these workers may have already found employment in other related industries, but this data serves to illustrate the way different sectors are impacted.

The table shows the industries most likely to be affected by the resulting R&D vacuum created through the absence of the motor vehicle industry.

Previous studies have found car manufacturers provide technical support, transferable skills and employee training for the small suppliers of parts. There are extensive knowledge spillovers from the automotive sector to other industries. The 2008 Steve Bracks review of Australia’s automotive industry found: “these spillovers support the contention that the automotive sector is an important component of Australia’s machinery and equipment capability”.

Our results indicate that the collapse of the motor vehicle industry could severely disturb the PSTS industry by creating a vacuum in both upstream and downstream industries. Similar results were also obtained in 1998 and 2012 studies, suggesting that R&D-intensive manufacturing industries, such as the motor vehicle industry, play an important role in the process of technology diffusion. These findings are consistent with the argument in the Bracks report that R&D is a linchpin of the Australian automotive sector and that there are important knowledge spillovers to other industries.

What is going to happen after the closure of this industry? Public comment from the car companies on this point has been patchy and is inconclusive.

Ford has stated that it will retain its production development centre and testing facility after it ceases manufacturing operations in 2016. Holden has hinted that it will retain its global design studio after it ceases manufacturing in 2017, but has not commented on the fate of its product engineering work. Toyota has stated “that it is considering reducing the scale of its Australian design base”.

However, there are fears that Ford and Holden, as well as Toyota, will move their R&D activities closer to manufacturing centres after shutting down their Australian plants. In particular, it is feared that Australia’s car components industry will not survive and its engineering capability will be adversely affected.

It seems inevitable that the collapse of the motor vehicle industry in Australia will create a large dent in the PSTS industry.

A further budget cut to organisations such as the CSIRO can only exacerbate the situation by lowering R&D activities in the long run. This is a serious issue, particularly when the collapse of the motor vehicle industry happens to coincide with CSIRO losing 10% of its staff during the next four years due to tight measures introduced in the 2014 federal budget.

With the absence of car manufacturing companies, we need more, not less investment into R&D and technological innovation. Otherwise, the lack of investment in these important areas will adversely influence the survival of the remaining industries, particularly technology-intensive industries. That’s not what we want in an “innovative and agile” economy.

Abbas Valadkhani is a professor of economics at Swinburne University of Technology.