“The best earbuds in the world”: Inside Nura’s Melbourne HQ before the launch of its latest, greatest audio product

What would you listen to if you were handed the “best earbuds in the world”?

It’s a question I asked myself one brisk afternoon in June, as I boarded a tram to the Brunswick headquarters of audio innovators Nura.

I was heading northside to test Nura’s new flagship product, the NuraTrue Pro, a set of earphones founder Luke Campbell would describe as the company’s most significant achievement to date.

That afternoon, I would use an extremely good pair of wireless earphones.

And, according to Campbell, I would be one of the first people outside the company to sample technology destined to power the next few years of wireless audio.

Nura’s story goes a little like this: founded in 2016 by Campbell, Dragan Petrovic, and Kyle Slater, the company promised Kickstarter backers a set of headphones which would actively adapt to their own hearing profile.

The company booked more than $1.2 million in the campaign, providing Nura the backing to develop its first set of headphones.

Since then, the company has raised $21 million in Series A funding and unveiled a suite of audio products, each promising a customised listening experience.

Nura products are available online, in select retailers, and through the company’s unique subscription program. 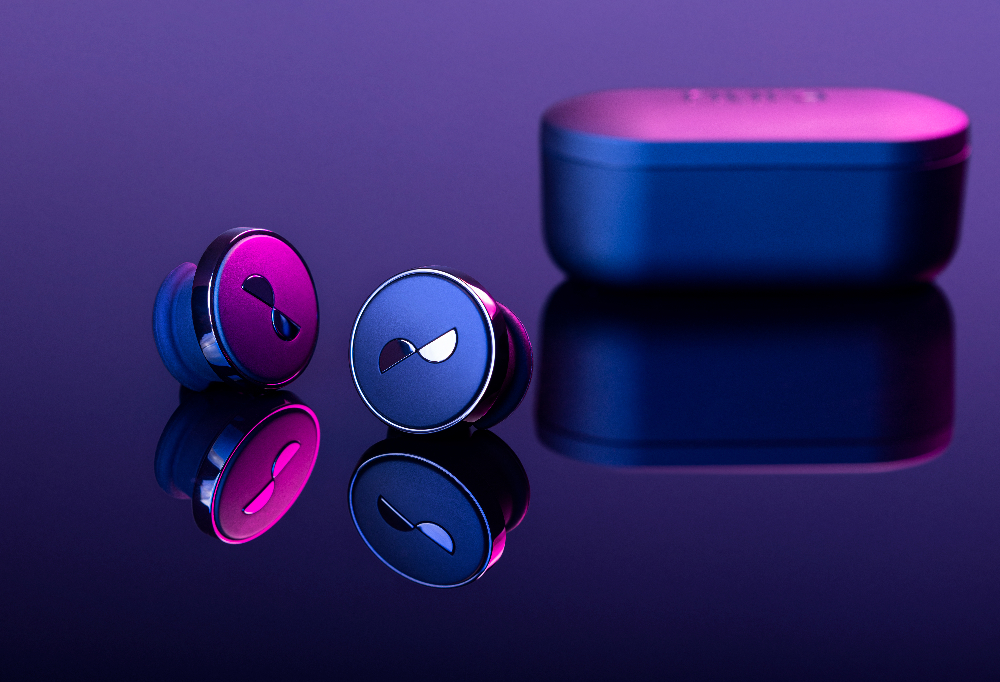 Back on the tram, I took a seat and connected my own beat-up earphones.

I chose to listen to one of my favourite records, Converge’s All We Love We Leave Behind, hoping I could use that familiar experience to judge the NuraTrue Pros for myself.

My ears rang slightly as I climbed the stairs to Nura HQ, nestled in a block of offices and studios on Sydney Road. Light filtered into the open office space, as half a dozen workers tapped softly away at their workstations.

Some desks were occupied not by computers, but tech equipment — wires, soldering stations, and something that looked a bit like an oscilloscope, a machine measuring the amplitude of audio waves.

Campbell soon greeted me, and we climbed the stairs to a little mezzanine overlooking the office. He spoke softly, as if his training as an ear, nose, and throat surgeon, and his specialisation in hearing tests, removed the need to speak any louder than necessary.

I leaned in as Campbell explained the Nura story: from its original Kickstarter campaign, how Nura’s technology was inspired by his past in medicine, and its growth into one of Australia’s most unique consumer tech brands.

“Everything we do is trying to work towards a goal of deeply connecting you to your music,” he said.

That vision has led Nura to the NuraTrue Pro, a significantly updated version of the NuraTrue earphones the company unveiled last year.

In the NuraTrue Pro, Nura has created a wireless earphone capable of handling lossless Bluetooth streaming.

Until recently, listeners had to make a trade-off between portability and sound quality, Campbell explained.

While audiophiles who invest thousands in at-home HiFi setups can experience recorded music at the highest possible definitions, audio gear for the everyday consumer is only now reaching the same level.

“Bluetooth when it first came out wasn’t very good at sending music.”

Now, “you just don’t have to make the compromise any more,” he said. “You can now have completely lossless, CD-quality lossless, directly from your phone.”

In technical terms, the NuraTrue Pro is fitted with a hardware that can transfer audio data 50% faster than prior generations. This means they can convey audio files in far higher definition than previous models.

“You’re getting access to that audiophile grade of content without all the expensive gear, all the wires,” he said. “It’s basically democratising great sound.”

(Nura avoided the worst of supply chain holdups when developing the NuraTrue Pro, Campbell said, owing to the company’s solid relationship with overseas suppliers and its use of “non-specialised” components through much of the build.) 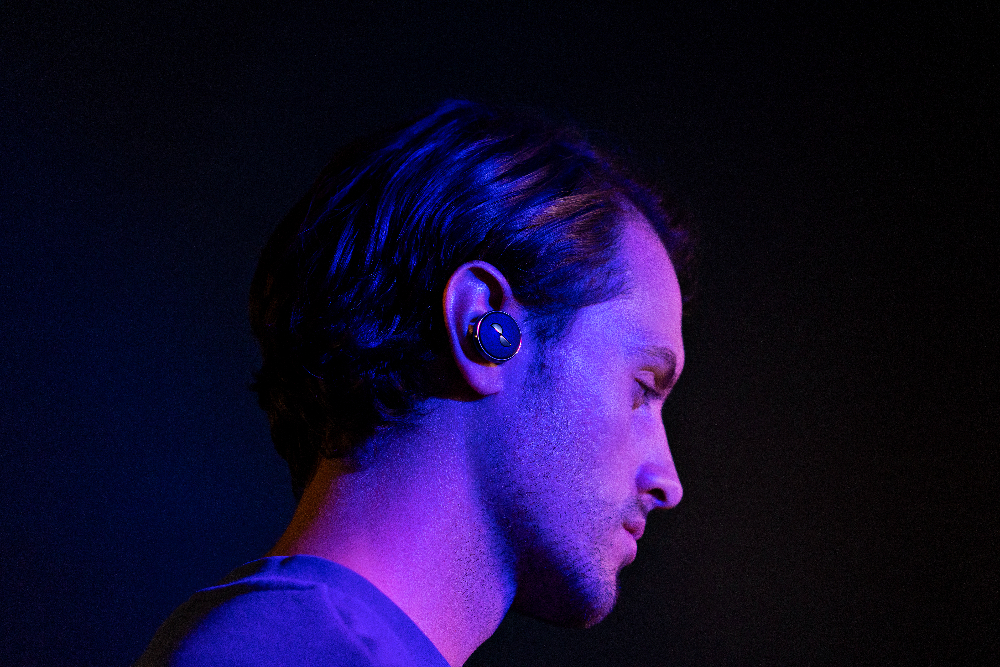 “The best earbuds in the world”

It wasn’t too long before Campbell pulled the earphone case from his pocket and placed it on the table before us.

Design-wise, they were quite familiar: a disk-like housing connected to a small rubber earpiece. They fit snugly, dampening much of the noise in the already-quiet office.

Soon, it was time to set me up with a custom Nura hearing profile, where the earphones ‘read’ my ear’s response to a series of audio signals.

After a few minutes of silence and a protracted synth whine, in which the earphones worked their technological magic, the Nura app played an electronic track with an audio response tailored to my own hearing. It also allowed me to switch between that custom profile and ‘normal’ audio.

The EQ response between both profiles was noticeable; the custom setting appeared to carve away some low frequencies and accentuate the highs, potentially a sign of my own battered hearing.

Some users seem to have quasi-religious experiences when hearing their Nura profile for the first time, and I was somewhat saddened my experience was not quite as profound.

Still, I wish I had more time to flip between those profiles to determine which profile really was ‘better’, and if Nura’s custom audio proved a better fit to my individual hearing.

It then came time to listen to music of my own choosing. The earphones were connected to Campbell’s phone and his Tidal account, to take advantage of that service’s lossless streaming capabilities.

Converge would wait. His most recently played song was “Hinnom, TX”, by Bon Iver, a song I was also familiar with. I hit play.

Although I was not immediately shaken by Nura’s custom listening profile, there is no disputing the hardware’s capability to produce quality sound.

Through the NuraTrue Pros, the song’s tremolo-soaked piano was lush and expansive, with reverb ebbing and flowing through my field of hearing.

It was the best audio I have ever experienced from a set of in-ear headphones, custom sound profile or otherwise.

Then I flicked to Converge. The chaotic record was clearly rendered; where cymbal attacks and guitar wails may have corroded into noisy static on lower-quality earphones, the NuraTrue Pros provided clean, discrete sound.

I was impressed. Not only that the earphones were good; they are, thankfully. The fact a Melbourne-based company could pit itself against the Sony, Sennheiser, and Audio-Technica headphones of my past, and surpass them, gave me a different kind of satisfaction.

That kind of quality comes at a price. The NuraTrue Pro earphones will retail at $499 in Australia, although they are available for pre-order on Kickstarter with earlybird offers as low as US$199 ($287).

And while the earphones contain next-generation technology, that doesn’t mean your phone does.

While the latest crop of smartphones bear the technology needed to send lossless Bluetooth audio, those looking to pair NuraTrue Pros with an older handset will need to use an additional Nura USB-C dongle. At half the size of a stick of gum, it’s not a ergonomic nightmare, but it is something to consider, nonetheless.

I plugged my own earphones back in when I stepped out of Nura HQ. ‘They’re fine,’ I thought to myself. ‘At least, I can keep them going until my next big tech upgrade.’

Still, a part of me wanted to latch on to Campbell’s vision, where the best wireless audio quality on Earth is channeled through Australian-designed products.

“I think it’s going to absolutely revolutionise the industry,” Campbell told me in his quiet voice.

With sound that good, nobody at Nura needs to shout.

Atlassian has somehow become the Benjamin Button of the tech sector — profitable as a startup and loss making as it has matured.

Reinventure co-founder and partner Simon Cant has become the first individual to be inducted into Australia’s fintech hall of fame.