“A slow, underhanded decline”: Why Australia’s bootmakers are hopeful for the future despite a crumbling industry

The rise of fast fashion has seen the decline and diminution of almost all facets of the fashion industry, but no one sector has been hit as hard and with as much destruction of heritage as the humble, handmade Australian boot.

Seventy years ago, bootmaking was a booming industry Down Under. Not only were market leaders such as RM Williams, Baxters, and Rossi thriving and growing, the desire and acceptance for top-quality locally made footwear was commonplace. Bootmakers employed hundreds of cobblers and cordwainers, selling shoes made locally and from local materials.

This thriving industry embedded itself in Australia’s roots and elastic-sided Chelsea boots, such as the ones made by the aforementioned bootmakers, became a quintessential piece of Australiana, still worn by local parliamentarians and international politicians today. Those of note who’ve donned such boots include Japanese Prime Minister Shinzo Abe, former US President Bill Clinton, and even New Zealand Prime Minister Jacinda Ardern’s baby Neve.

Along with the boots’ notoriety came a reputation for hardiness, falling comfortably in line with a similar reputation embedded within the Australian psyche.

“These boots are made for people who are specialists. People who expect them to last,” said R.M Williams, namesake and founder of the iconic brand. Parents would pass their scratched and beaten boots to their children, with expectations their grandchildren may one day wear the same pair.

However, as Australia’s economy became further deregulated and liberalised, local bootmakers began to see cost-savings through imports and offshore manufacturing. The slashing of tariffs in the late 20th century saw many local companies look overseas and begin to source leathers internationally rather than using home-grown products. Today, fewer than 15 leather tanneries are active in Australia.

This move not only marked the decline of many iconic Australian footwear brands, but an unmistakable downturn in the quality of shoes they produced. Combined with a softening of enthusiasm for students to pursue a career in bootmaking, the future of the industry was all but set in stone.

Baxters Boots was one such company that sought greener hides in the late 1900s, switching the business to one that imported the majority of its leather. Baxters’ factory is a mainstay of the New South Wales town of Goulburn, and was founded in 1885 by Henry Baxter, an apprentice bootmaker who bought the factory from his master William Teece.

Four generations on, the company is still family owned and is ran today by Marshall Baxter. He tells SmartCompany that in the company’s heyday, the factory had more than 100 workers, all shaping, stitching, and shipping hundreds of pairs of boots a day. 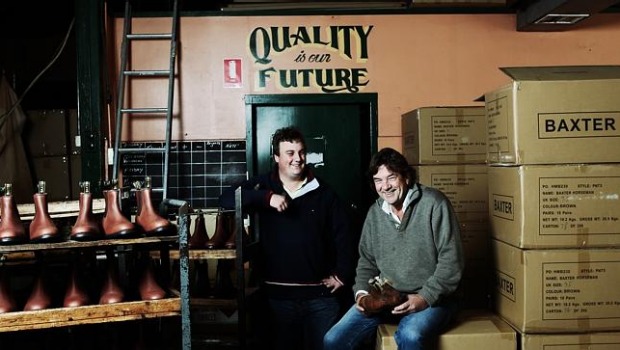 But as tariffs were slashed, so too was the workforce. More and more Baxters employees found themselves without work as cheaper bootmakers in China and Indonesia became an attractive alternative to a company facing a population of Australians less and less interested in locally made leather boots.

Baxter recalls the time with sadness; he would regularly bump into former employees around the small town of Goulburn.

“It was sad. We were all a community,” he says.

The company’s materials became 100% imported around 16 years ago, and today the revered bootmaker employs just 15 local staff. But Baxter is resolute in the company’s decisions, saying costs in Australia were reaching unfeasible levels.

“Making boots in Australia just became quite prohibitive. The infrastructure almost entirely broke down, there were no shoe machines left because there were no component suppliers, and no technicians. And there are almost no tanneries left in Australia, and those that do exist export most of their product,” Baxter says.

“Though importing isn’t a bloody panacea either. You really have to keep on top of it.”

According to Baxter, almost all large-scale makers of dress boots operating in Australia today have almost all their footwear made overseas, although he says RM Williams still employs a significant number of cordwainers at its Adelaide headquarters.

“A lot of workboot companies still import all their products and make them here, mainly because it’s not hugely labour intensive. You just import all the components and squirt on a polyurethane sole,” he says. 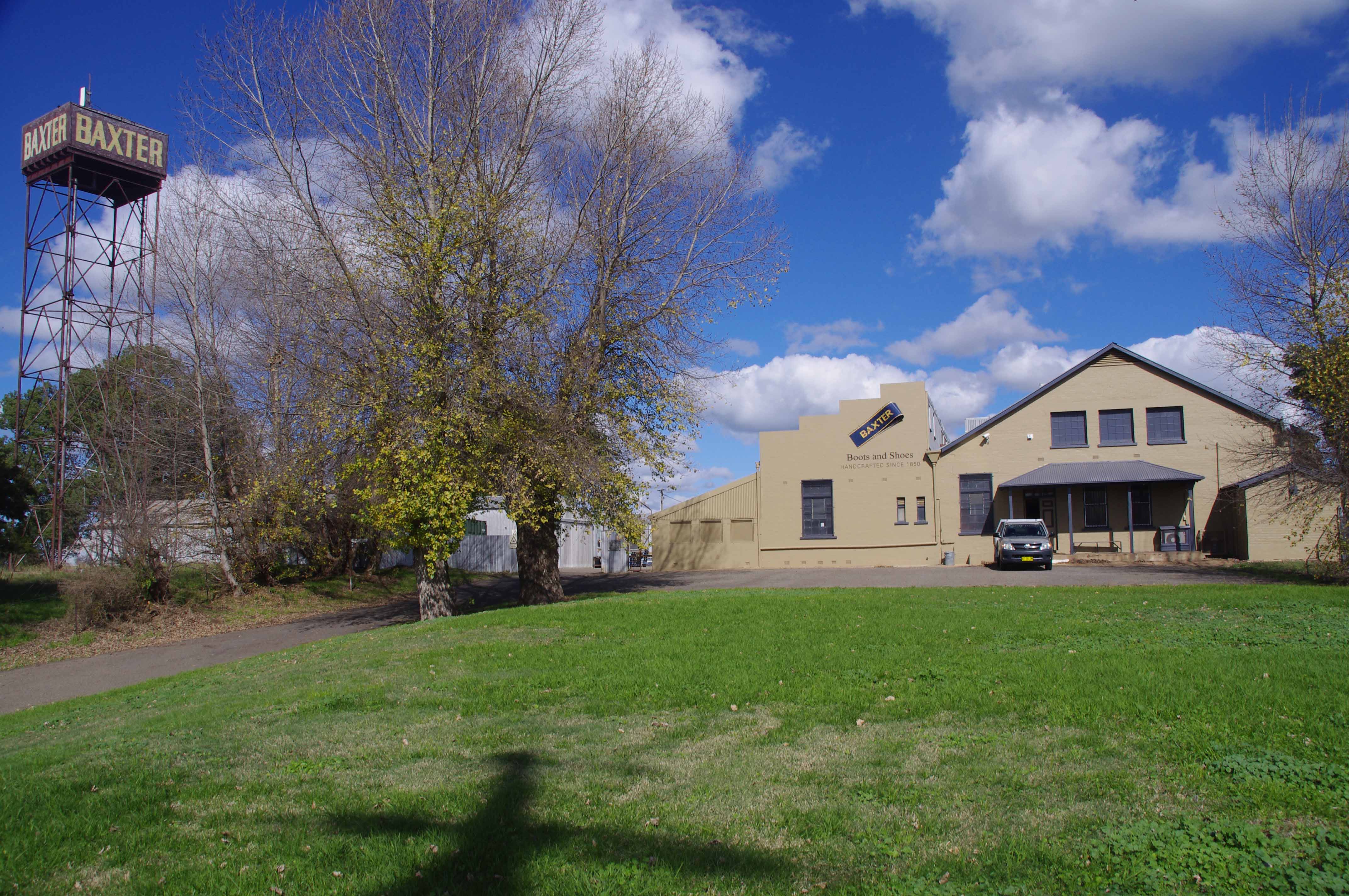 The term ‘welt’ refers to a style of shoe stitching known as the ‘Goodyear Welt’, revered amongst footwear fanatics as the be-all-and-end-all of well-made shoes. The process can be done either by hand or via machine, and includes multiple, highly-complicated steps.

This means a pair of Goodyear welted shoes might take a single bootmaker a number of weeks to complete, although larger operations such as Baxters would have had numerous cordwainers working on different parts of the bootmaking process. Still, an immense level of time, care, and attention-to-detail is required to create a pair of these kinds of boots, and this in turn requires a workforce with long, expensive hours.

Emerging across Australia over the last decade, small-scale bootmakers and cordwainers have begun to make their mark — endeavouring to pick up the slack let off by the big players’ eschewing of locally made goods.

This includes businesses such as Andrew McDonald in Sydney, Claire Best in Melbourne, and James Young in Alice Springs. While customers can expect to pay upwards of $800 for a pair of shoes with a wait time of four to six weeks, the quality is high, and the creations authentic.

One such small-time bootmaker is Wootten, based in Melbourne. Founded in 1975 by Ross Wootten, the business is continued today by his son Jess and is thriving in the face of a declining industry. 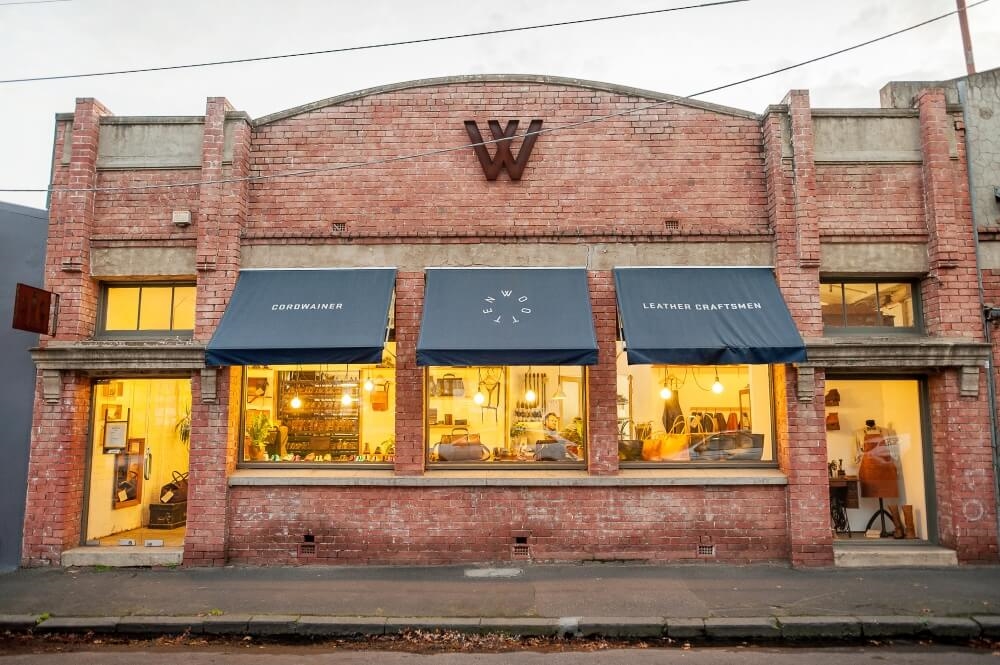 Jess Wootten grew up in his father’s workshop, laughing that his father’s love for shoes was such he never actually got around to building the family house. When Ross passed away when Jess was young, he inherited his father’s tools, and in 2006 he entered the family trade via an acquisition of a languishing sports shoe business.

“Since then, the business has probably grown about 500%. It’s been really steady growth, but it is limited by the volume of what we can actually produce each day,” Wootten tells SmartCompany.

Along with Wootten, the business employs about three full-time cordwainers, who manage to make around 50-60 pairs of men and women’s shoes every month, all handmade with local leathers.

While he’s happy with the business’ growth, Wootten laments over the lack of skilled staff in the shoemaking industry, something that Baxter says he’s also noticed. So, while not necessarily by choice, the small Melbourne studio stays small, although the owner says he prefers it that way so he and his employees can ensure the shoes’ quality.

Not as tough as you think

According to Wootten, RM Williams makes upwards of 1,800 pairs of shoes a day, to be shipped internationally and sold throughout the world as the quintessential Australian boot. But despite the increase in quantity, there are some who believe RM Williams shoes have declined in durability in recent times.

In 2014, luxury fashion house Louis Vuitton Moët Hennessy (LVMH) acquired the final stake in RM Williams from then-owner Ken Cowley. While opinions differ, both Wootten and Baxter agree the LMVH acquisition is a mark of where the Australian shoemaking industry was moving for some time: away from handmade creations and towards the realm of ‘fast fashion’. 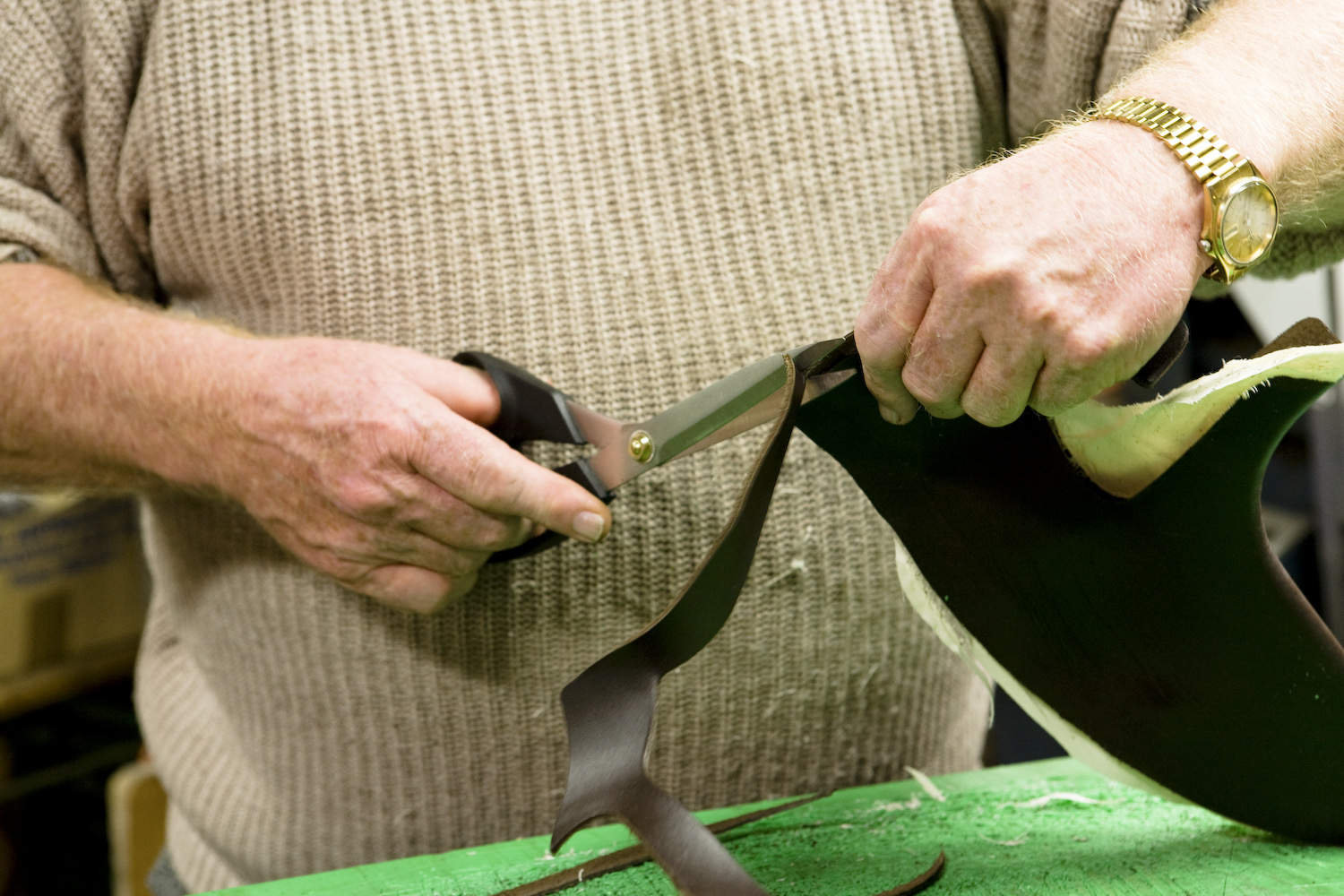 A boot last being cut at Baxter’s factory. Source: Supplied

Wootten says he was sad to see an “iconically Australian” brand such as RM Williams acquired by an international fashion brand, but he doesn’t think the acquisition was a watershed moment in the local industry, which he believes has been long hampered by the rise of poor-quality and inauthentic supposedly ‘Australian Made’ products.

“It’s been a slow, underhanded, behind-closed-doors decline that no one really talked about. The ‘Australian Made’ campaign that came about in the 80s when tariffs were cut has lost a lot of integrity, as you don’t need to do much these days to be classified as Australian made,” he says.

“I think for most consumers, they’re pretty wary of the bullshit. It doesn’t really matter who owns RMs, as I think the bigger part of it is that people are really suspicious of low-quality goods.

“We’ve found a lot of customers are coming to us, not RMs, because they aren’t that sure what the business stands for and it’s pretty ambiguous who owns it. We’re finding a real desire from people in Australia to support businesses like ours who are doing things locally, and they can know where the shoes come from and the decisions made around making it.”

But Baxter has a bleaker view of the LVMH acquisition, and he questions whether it will be a lucrative move for the global retail brand.

“For a company like them it’s just pissing in the wind. One reason RMs is still alive is because the government gave them the army boot contract, which we used to have,” he says.

However, despite this, Baxter still stands by RM Williams as one of the last standing cornerstones of a declining industry, applauding the company for continuing to manufacture a number of boot ranges locally, although they now come at a significant premium.

Future of the industry on the rocks

There’s not a lot of ways to positively paint the future of bootmaking in Australia. For a company like Baxters, while it is achieving a respectable 12% growth rate per annum, Marshall Baxter views the gradual shutdown of Australian schools of footwear as an overall indictment on the future of the industry.

“The textile, clothing and footwear industry in Australia has lost something like 8,000 employees. Shoe design schools are virtually history,” he says.

Baxter says his business is focusing on new product ranges to keep growing in the coming years, but as far as high-quality, handmade footwear goes in Australia, things are grim.

“And the ones that do exist are prohibitively expensive.” 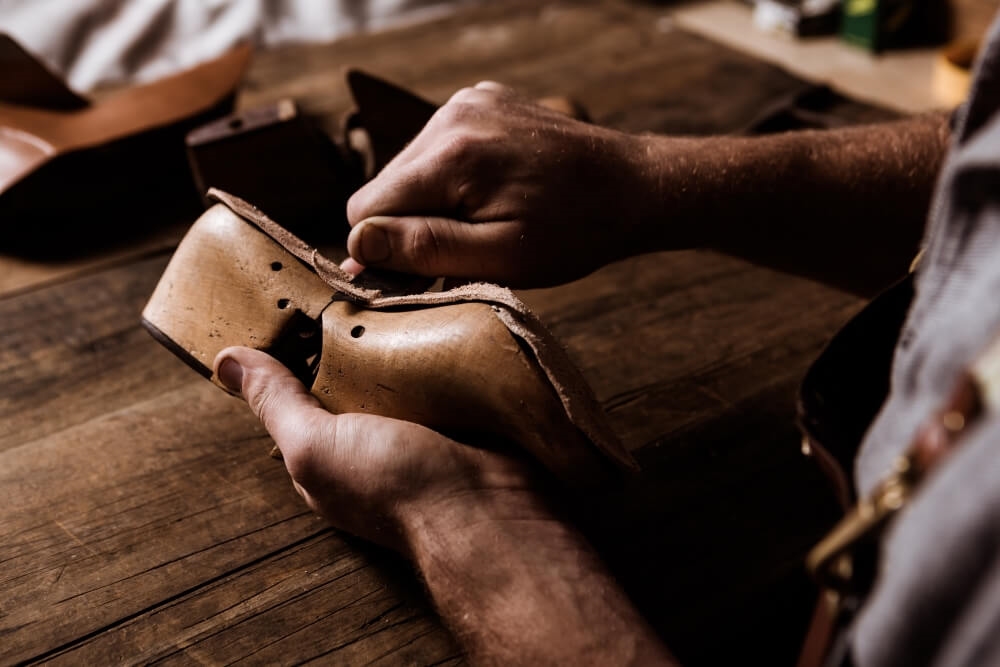 For his part, Jess Wootten is more upbeat. He believes businesses such as his are perfectly placed to benefit from a renaissance in high-quality Australian footwear.

The business owner says his ideal workshop would have about 10 employees, with him being one of them; he has no desire to be “the guy that walks around with a clipboard”. Wootten takes inspiration from a number of international brands such as Viberg and Alden, which have seen significant success staying small while producing sought-after, high-quality goods.

“We want to stay small, and that’s part of a conscious decision to be more sustainable and desirable,” he says.

“We’re not churning out thousands of boots a week, as that’s an efficient way of making a lot of things that end up in landfill. I can’t see us ever being anywhere near the size of RM Williams.

SmartCompany contacted RM Williams with an offer to be interviewed for this article, but did not receive a response.

NOW READ: Could art save the Australian manufacturing industry?