One of the most frequent questions I’m asked at present is: “When will this property cycle end?”

Another one is: “Will our property markets crash?”

Interestingly, there seem to be fewer doomsayers out there at present. But with all the gyrations in the world economy, and especially following the boom years we’ve just experienced, especially in the Sydney and Melbourne property markets, we’ve now entered a more mature stage of the property cycle and I predict we’ll see a new group of property pessimists emerging telling us our market is a house of cards about to topple.

So if you are considering investing in property, or about to buy a home, it would be good to know if they’re right.

But firstly, remember there is not one property market around Australia.

Our markets are fragmented; not only is each state at its own stage of its property cycle, but within each state different segments of the markets are behaving differently.

If there isn’t one market, it means it doesn’t really make much sense to say the “Australian property market” will crash, but let’s look at this topic in a bit more detail:

Sure, the world is suffering from economic uncertainty, yet there are a number of factors underpinning the strength of our property markets meaning we won’t see major falls in home prices in our capital cities any time soon.

Let’s look at six of them.

1. Despite all the economic uncertainty, in general the world’s economy is doing fine and the economies of our major trading partners are doing even better. 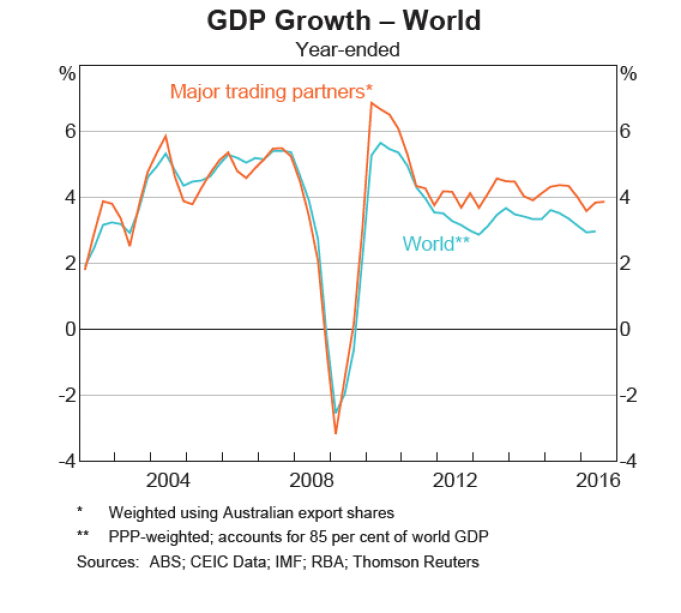 2. Australia’s economy, while slowing a little, will continue to perform at a level that is the envied by of much of the Western world and we’re creating jobs again. 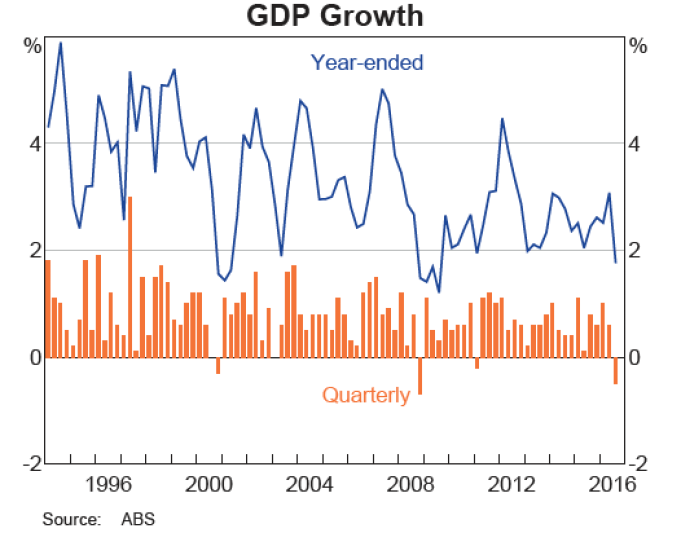 3. While generally a little nervous, business confidence is higher than 12 months ago and new jobs are being created.

Nationally annual employment growth has picked up a little over the past three months, with just over 90,000 net positions added.

However, only the greater Melbourne region added any meaningful figure to its workforce (+85,000). Greater Sydney added 21,000 jobs, and in aggregate the rest of Australia added no net new employment over the year to January 2017.

This clearly explains why Melbourne and Sydney’s property markets are strong and are likely to once again outperform in 2017. 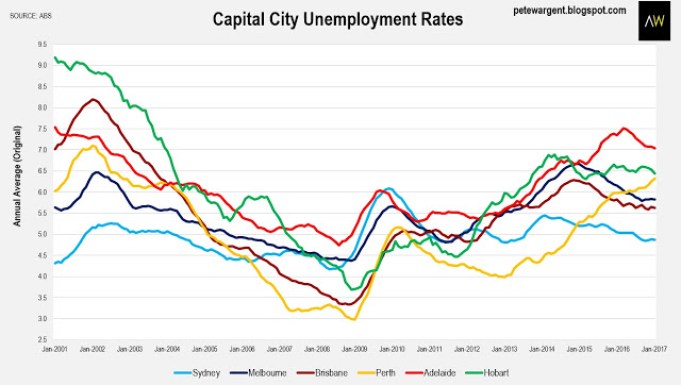 While immigration levels have dropped, we’re still growing at a faster rate than any other country in the developed world.

But as you can see from the chart below, the bulk of our growth is occurring in the eastern seaboard capital cities, with Melbourne remaining the powerhouse of population growth.

5. The Australian Prudential Regulation Authority has ensured that we have a sound banking system with reasonable interest rates, tight lending practices and a low default rate.

6. While many factors will determine how our property markets perform, one of the big ones will be consumer confidence and the latest news is good.

That’s because when we feel confident, we’re more likely to make big financial commitments like moving home or buying an investment property.

And when confidence wains, the opposite is true. 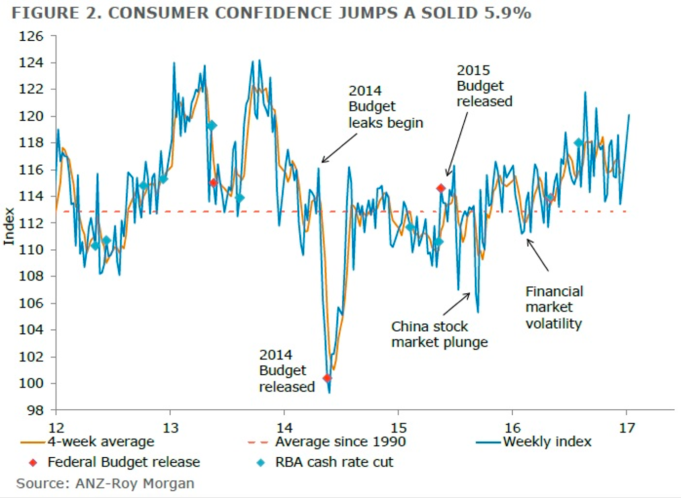 7. A healthy level of household debt.

Sure we are borrowing more, but the debt tends to be in the hands of those who can afford it.

Many Australians are saving more, taking on less credit card debt and paying off their mortgages faster than they need to, which improves the state of their personal finances.

This in turn reduces the risk of house prices collapsing if interest rates rise or the economy hits a speed bump. 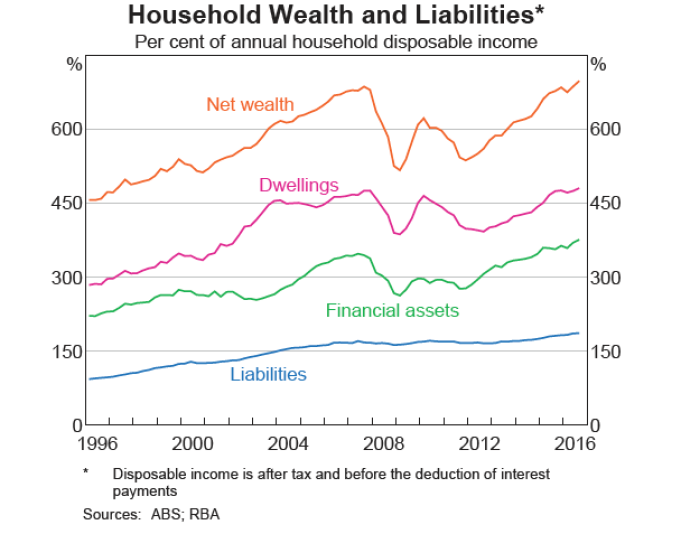 In contrast to those in some overseas markets, Australians have high equity in their properties and a conservative debt position. In fact, half of all homes have no debt against them.

And when things get tough Australians seem to be willing to do anything to hang on to their homes.

There’s no sugar coating it — property price growth will slow in 2017.

Decreasing affordability, changing sentiment and oversupply in several sectors, such as in CBDs and for off-the-plan apartments, will create a volatile mix that will fragment and slow some segments of our property markets.

Yet there is still a large demand for housing; people are still getting married, having babies, getting divorced and coming from overseas. And if they can’t afford to buy their homes, they are going to rent and this will force rentals up.

All this means is our booming property markets, particularly in Sydney and Melbourne, will slow down from fifth gear to third or fourth gear — but they’re certainly not going into reverse any time soon.