After five years of soaring property prices the forecast for our capital city housing markets remains mixed for 2018, with property values likely to finish higher than they started, but growth occurring at a slower pace.

The fact is, 2017 produced stronger average house price rises than many commentators predicted. However, there are now signs we’ve moved into the next phase of the property cycle as house price growth stabilises, auction clearance rates have dropped and lending to investors has slowed.

Looking forward, here are eight trends that could shape our property markets in 2018.

The phenomenal price growth experienced by Sydney and Melbourne over the last five years has come to an end.

What will happen to property values next year will depend on what the Reserve Bank of Australia (RBA) does to interest rates and if the Australian Prudential Regulation Authority (APRA) tightens the screws on lending further.

The official RBA interest rate is likely to remain at 1.5% throughout 2018.

Australia’s economy is still operating below its potential, with economic growth not strong enough to justify an interest rate increase.

The positive signs of jobs creation, falling unemployment and rises in full-time employment are being offset by slow wages growth, sluggish retail sales and a benign inflationary environment.

Fortunately, the RBA will be pleased our property markets are cooling and will not feel the need to use rising rates to slow the market.

APRA is unlikely to tighten its macro prudential measures

APRA is getting its way. Under its watch stricter bank lending criteria have created a ‘credit squeeze’ which has stifled the Sydney and Melbourne property booms.

But this time round, the slowdown has occurred in a low interest rate environment meaning our banks are in a healthy financial position and loan defaults are at a minimum.

This means it is unlikely APRA will need to tighten the screws further, but on the other hand it is too early for APRA to relax its guidelines.

More than 335,000 jobs were created in the past 12 months, the majority in full-time work.

And Australia’s golden run of jobs growth is likely to continue to underpin our economic growth.

Our strong population growth will also underpin our property markets.

Demand for housing has averaged about 164,000 dwellings per year over the last five years. According to the Australian Bureau of Statistics in the five years to 2021, continued strong population growth (underpinned by net migration of 240,000 per annum), plus some shifts in household composition (more one and two person households), means we’re likely to grow by 172,000 households a year – a 5% increase in demand. 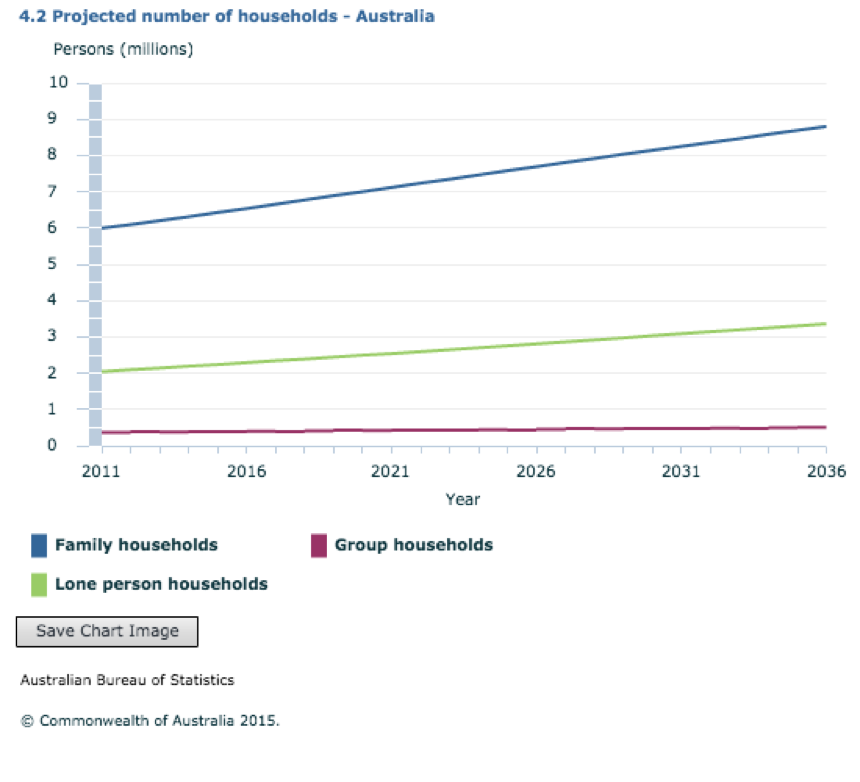 Over the last year Victoria was the fastest growing state with a population increase of 2.4% and this soaked up much of the anticipated oversupply of new apartments in Melbourne

Net overseas migration accounted for 60 per cent of Australia’s total population growth as we added 231,900 people to the population.

Brisbane will finally get its turn in the sun

If interest rates remain unchanged, APRA doesn’t impose further lending restrictions and our economic growth remains steady, in the absence of any major international surprises this is what our research suggests is likely to occur to capital city property values in 2018:

A fight to quality

During the last few years FOMO (fear of missing out) led inexperienced investors and home buyers to purchase almost any property that their budget would allow and they were fortunate as a rising tide lifted all ships.

But as the market turns in 2018 we will see a flight to quality with well located A-class homes and investment grade properties still selling well, but secondary properties languishing in the market.

More property investors will sit on the side lines

With market forecasts of subdued growth many would-be investors will be questioning whether property still represents a smart investment.

On the other hand, strategic investors who have a long term outlook will see the period of slower growth as a buying opportunity.

Sure investors may not see double digit capital growth in the short term, but the slower markets will give smart investors an opportunity to buy the type of property they’d have to compete more strongly for over the last few years when there were more buyers than sellers.

The type of property that will have them looking back in 10 years time saying “boy I bought that cheaply!”