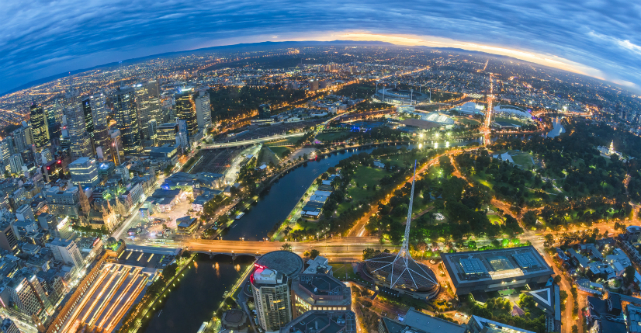 How did you get to work today?

If you’re like the majority of Australians, you drove yourself to work, and if not, you went on public transport.

It is said that as cities get bigger, particularly over 5 million people (Sydney already has over 5.5 million people and Melbourne’s population should reach 5 million this year), it becomes harder to get around them, meaning they tend to become less “liveable”.

Just look at all the big overseas cities and you’ll find that properties with a high “walk score” increase in value more. Walking distance to transport, shops and the cafe lifestyle is one of the strongest trends attracting buyers and tenants.

Similarly, as our cities grow, proximity to public transport is going to become more and more important in determining property price growth.

The following chart, compiled from the latest census data by the demographers at id.com.au, shows that on census day 2016, 61.5% of people drove themselves to work in their own car.

What it doesn’t show is how much longer that commute is today than it was a decade ago, particularly in Melbourne and Sydney.

This is partly because of increased traffic congestion, but also because much of our population growth has been in the new outer suburbs, while most of the higher paying jobs are still in the economic hubs close to the centres of our cities. More of us use public transport

And as our roads became congested, more and more of us have resorted to using public transport, particularly trains.

The latest census data revealed that the number of people using the train to get to work increased by 22%, from 6.3% to 7.2%, over the last four years.

Not surprisingly, Melbourne and Sydney combined made up 97% of this increase in train use.

In Melbourne 11.5% of all trips to work were by train. The census also showed that in the last 10 years, Melbourne had close to a 70% increase in train users and about 50% more tram users.

Interestingly, the percentage of people using public transport barely changed over the last decade in other capital cities. This will probably change over time as these cities become more populous.

As our cities grow and the commute to work by car becomes more arduous, people will pay a premium to live closer to the CBD, trading space (big back yards) for place (living in convenient locations).

They will prefer to trade their backyards for balconies and courtyards rather than spend hours travelling to and from work.

At the same time, others will pay a premium to be close to (but not too close to) public transport, particularly in our two big capital cities Melbourne and Sydney.

NOW READ: These stats explain what will happen next in property