According to Dr. Phillip Lowe, Governor of the Reserve Bank of Australia Melbourne and Sydney’s high property prices are partly explained by the fact that they have become “superstar cities”.

“Low interest rates have added to that, but basically people are prepared to pay a lot more to live in certain cities and we don’t fully understand why that is, but it’s a common thing across the board.” said Lowe towards the end of 2017.

“In Brisbane, Perth and Adelaide, house price to income ratios have not really moved anywhere for a decade-and-a-half in trend terms.”

The graph below from ANZ Bank shows how the Melbourne and Sydney property markets have decoupled from the rest of Australia over the last 20 years. 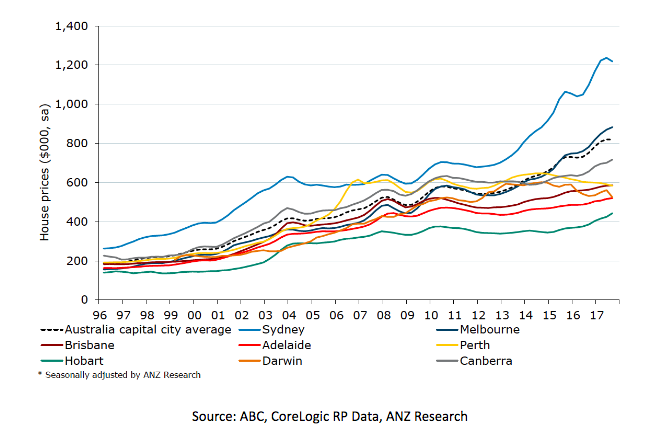 Why just these two cities?

Considering all of Australia shares the same low interest rates, which are often touted as one of the main reasons for high property prices, why the disparity in property price growth amongst our capital cities?

As always local factors such as economic growth, population growth and wages growth come into play. 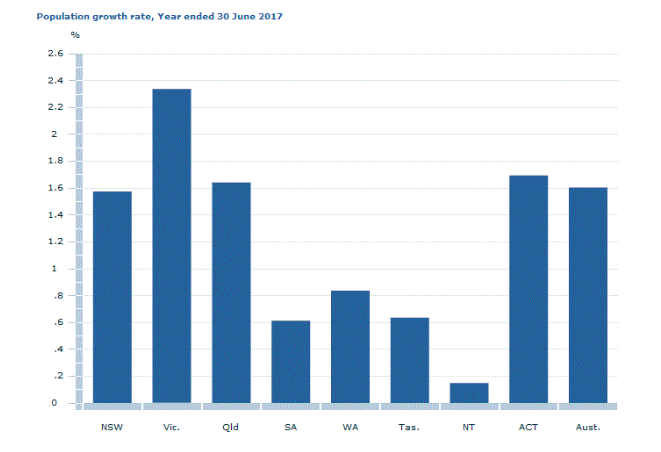 The latest Census data also showed that almost half of the jobs created in Australia over the last decade were in our two big capitals.

Not only do these two cities provide the more job opportunities, but a large proportion of the higher income earners reside in these cities, where many of our largest companies have their head offices.

The two big long-term drivers of property price growth are:

In other words, demographics will remain one of the biggest drivers of our property markets in the future.

To put it differently — it’s about how many of us there are, how much we earn, how we want to live, where we live and what we can afford will move our markets

Sure property values will continue to rise around Australia and particularly in our capital cities.

But it is likely that as more people choose to live close to high paying employment opportunities, which in general will be in the service sector, demand for housing in inner and middle ring suburbs of our big capital cities will increase, placing pressure on property prices in these locations.

And this will continue, particularly for Melbourne and Sydney, our two super star cities.

NOW READ: Here’s what property investors plan to do in 2018