Melbourne’s population is set to double in 15 years: Here’s what that means for property

Can Melbourne build 63,000 new dwellings every year for the next 35 years?

Well it may have to.

According to the population forecasts in the Victoria in Future 2016 report, Melbourne’s population is set to double within 15 years, with the number of people living in inner and middle suburbs growing by 1 million.

Victoria is currently the fastest growing state in Australia and our population is expected to rise to over 10 million by 2051 due to upward trends in migration, birth rates and life expectancy.

The report indicates that an extra 2.2 million dwellings will be necessary to house the state’s population by 2051, with housing for families with children to be the most in-demand.

This means we require almost 63,000 new dwellings per year over the next 35 years.

What about the apartment oversupply?

“Now if our population wasn’t growing at such an exponential rate, perhaps we would be facing an apartment oversupply. But strong population growth across the state will continue, and a significant proportion of those people are going to want to live in apartments.

“Contemporary apartments are a preferred form of housing for a broadening range of households. They are an affordable type of home and provide access and connectivity to services and jobs. As Melbourne’s population grows and our apartment market matures, demand for apartments within the inner and middle suburbs is inevitable.

“Most commentary around apartment oversupply points toward the unprecedented levels of building approvals as evidence, rather than actual or likely completions of these apartments. According to Charter Keck Cramer’s State of the Market report (period ending June 2016), the overhang in projects that are under construction or recently completed is lower than the long term averages; rental vacancy rates have tightened since January 2016; and sales have continued to grow. Additionally, any potential oversupply has been moderated by a slowdown of commencements – because that’s what the property industry does; it is constantly adjusting to establish a healthy balance between supply and demand.”

Demographics will drive our property markets

Eighty percent of the jobs will be created in Melbourne, rather than in regional Victoria, and areas that attract or retain more residents will grow strongly – as will areas with younger populations and high numbers of births, while locations with older populations grow more slowly. 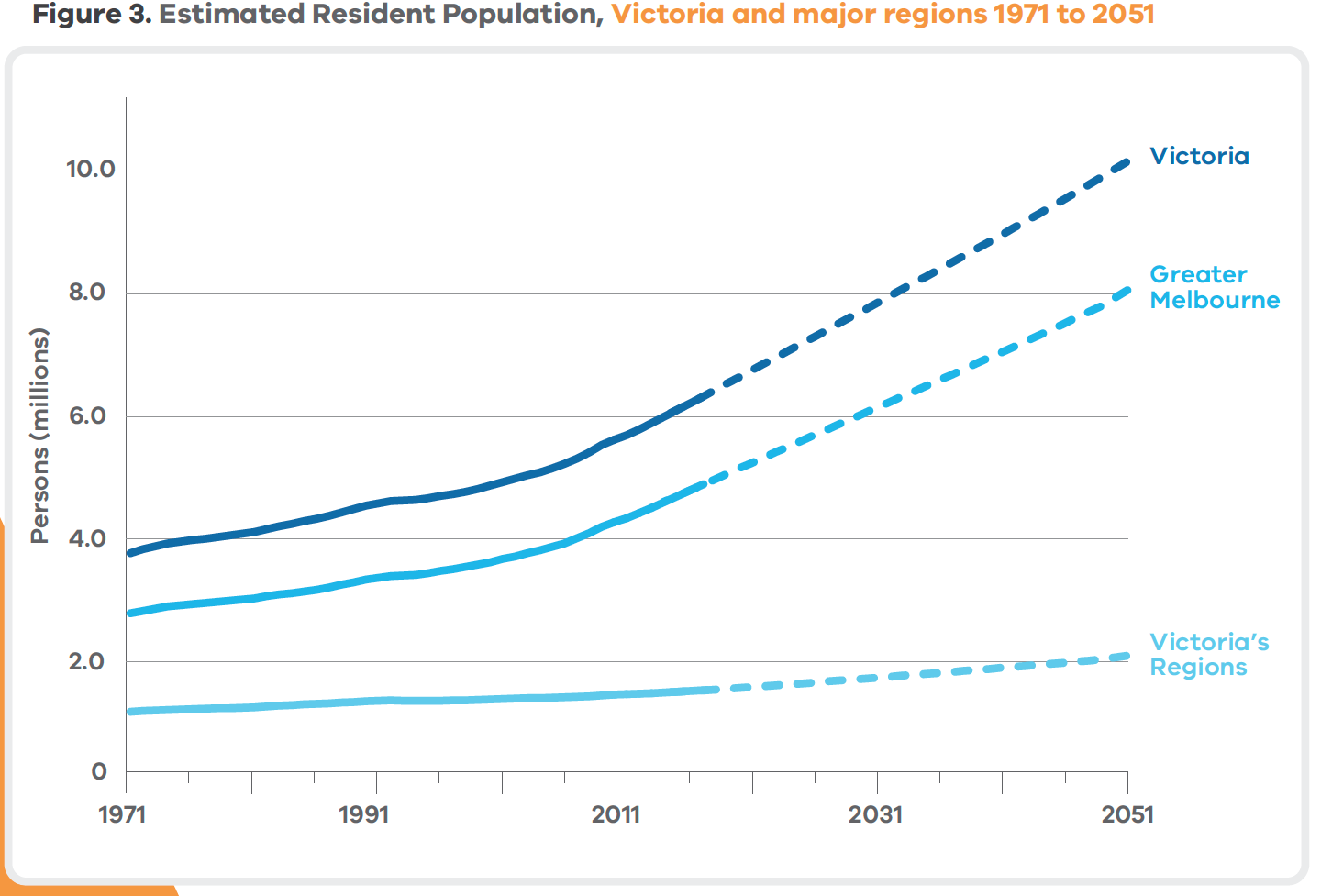 Melbourne is Australia’s fastest growing city and they’re not coming here for the weather. Melbourne was recently ranked as the world’s most liveable city for the sixth year in a row by the Economist Intelligence Unit.

Of course our liveability, strong population growth, resilient economy and job creation are all positives for our property markets.