Should I stay or should I go? How to negotiate with commercial landlords

So it’s time to ‘sit down’ and negotiate with commercial landlords to help your business ‘hibernate’ through this crisis.

I was hoping for something a bit more concrete than that, but this vague instruction from Prime Minister Scott Morrison is what we have, along with some kind of six-month ban on evictions.

To be fair, doing anything more is a legal nightmare. And Monday’s $1,500 wage subsidy is good policy and will be more helpful in the big picture.

So, let’s negotiate with that landlord. As I may have mentioned in several irate articles, they have generally been absolute dicks about the whole COVID-19 situation.

But the key to negotiation is not confrontation, it is understanding. Even if it’s just understanding that you’re dealing with someone really greedy.

Why they’re not getting it 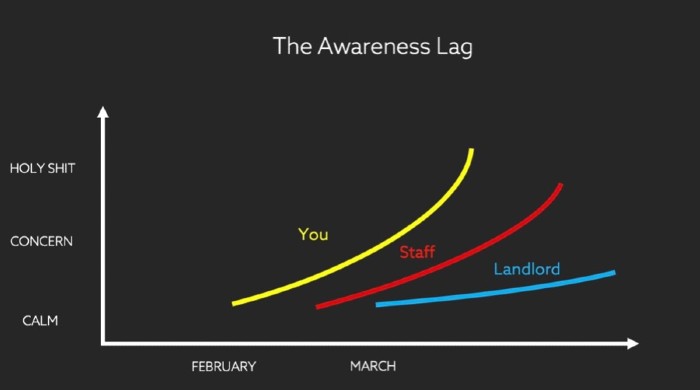 You, the one responsible for the business, have been running around this hellscape with your hair on fire for weeks now. You’re slashing costs like a maniac to save something, anything, from the wreckage.

This lag is why you might have been frustrated by staff fixated on details of their entitlements when you’re thinking: ‘I’m just trying to save your job.’ They simply haven’t been immersed in it as long as you.

Meanwhile, landlords are like: ‘This is just the government blowing all this out of proportion.’ Not joking, that is a verbatim quote from one last week.

Because theirs is a slow-reaction business. They make decisions at continental-drift speed. They aren’t scouring every bit of coronavirus economic news like we are.

And their business decision processes are very different too.

I’ve seen landlords leave buildings empty for three or four years rather than accept 5% less than their asking price.

Despite the Prime Minister’s matey imagery, you are not going to sit down with your landlord. Nobody does that. You’ll need to put it in writing. Call the managing agent and let them know a formal request is on its way.

Put it in writing

Handily, a friend of mine runs a national chain of stores in the tasty frozen treat category. Last week, he sent a copy of his letter that’s worked well with a range of landlords, both institutional and private. Not 100%, but pretty good results. The private landlords have been better than the big guys.

Their letter has a good basic structure that you can use yourself. The core points are as follows.

I’ve written a more formal version of this as a Word Document. You can download and edit it here.

While you wait for a response, pay half your April rent if you’ve got the cash as a gesture of good faith. If you pay the full amount, they’ll stall you forever.

What sort of deal do you ask for?

There are lots of variables here, depending on how hard COVID-19 has hit you. But if you’re shut down by order like those of us unlucky enough to be in events, ask for the six months that is current government guidance. That’s realistic.

Watch out for the D-word: deferral. Say no to deferral. That means double overheads in the coming recession and it just pushes the death of your business back to 2021.

Turnover-based rent is an interesting one. It’s something that’s traditionally existed in retail malls, mainly in the sense of ‘if you have a bumper sales period, your landlord wants a bumper rent windfall’. But turning that around to rent as a fixed percentage of revenue as you come out of the shutdown is a good way of sharing the risk if you can swing it.

Outgoings is an area that’s worth your attention in these negotiations, as they’re likely to be about 20% of your rent expenses.

It’s all the costs for things such as carpark maintenance, gardeners, window cleaners and that sort of thing. Managing agents can be pretty blasé about those costs in the good times and they creep up.

We’re meeting with one of our landlords next week, along with other tenants in the block, to go through all these costs to work out what’s absolutely necessary. Let that garden run riot, nobody cares.

What if they won’t negotiate?

A worst-case scenario is your landlord refuses to budge on rent, you refuse to pay for six months, then they can start evicting you. That’s not an instant process. You lose your security deposit, roughly two months rent. Bingo you’re at least four months ahead less moving costs.

It will require a certain amount of you being a dick, but these are desperate times and they could have prevented all this unpleasantness by negotiating in good faith.

Do they have any further legal hold over you, like say suing for rent for the duration of the lease? I thought about asking the Motivation For Sceptics legal advisory panel, but it’s a waste of their time given the new laws only exist in press release form.

My non-lawyer view is, when all this is washed up, the courts are going to be pretty far from interested in hearing cases brought by landlords who failed to negotiate when asked to do so by the government. 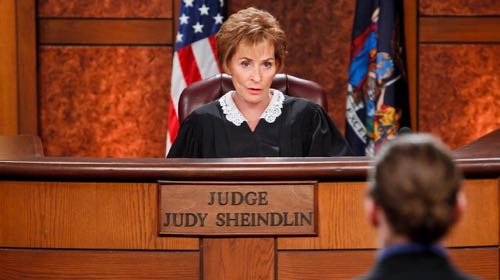 Didn’t negotiate with your tenant? Get out of my court.

Should I stay or should I go?

If they won’t negotiate, it’s a complex choice. As a general observation, if you really like your premises or it has an expensive fit-out, pay half rent for a few months but remain civil and open to further negotiation.

If you’re not wedded to the premises, and if it’s basic office space where you’re just moving desks, may as well go renegade on them.

Ask yourself, while that space suited you before the virus, will it be the right space for your slimmed-down business in the recession of 2021 and beyond?

And remember, it’ll be a very different market in the aftermath. It’s quite likely you’ll find yourself something better and cheaper.

Advice from a pro lease negotiator

This update came in late, just as I was recording this story. Blog friend with all the stores has been talking with a professional lease negotiator, who had some very useful extra points.

And finally his main point: the next 24 hours are essential for the negotiation process as April rent looms. Make contact and get your letter in NOW.

NOW READ: Six things to remember when laying off your staff