Nine reasons to be optimistic about property in 2016

We are living in interesting times.

The media is full of mixed messages about what’s ahead for us economically and what we can expect in our real estate markets.

Yet there’s plenty of good news out there if you care to look for it – an economy that is the envy of most developed nations; a sound banking system and a stable political system; jobs growth; rising consumer sentiment; population growth; and a nation that’s getting wealthier.

So let’s look at some of these macroeconomic factors in light of what could be ahead for our property markets in 2016.

But before we do let me give a little warning…

Factors affecting our housing markets in 2016

Don’t get me wrong, it won’t all be rosy this year.

Consumer confidence is fickle and this is likely to have a negative impact on our property markets.

We’ll keep hearing negative news about the world’s problems, including China’s economy slowing down, the European economy being a basket case, deflation around the world, terrorism and wars.

At the same time our local political scene is concerning many Australians.

And with a federal election around the corner, some people will put their property plans on hold.

However, there are also plenty of positive factors that will underpin our property markets including:

Here are nine reasons for optimism for 2016 and beyond.

1. The bad news around the world is subsiding.

While the world’s problems haven’t gone away, many of the fears that plagued us over the last few years are subsiding: 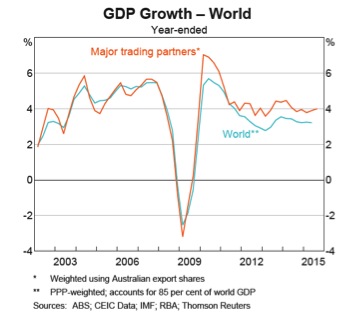 2. Australia’s economy is in good shape

This was helped by both government and consumer spending. 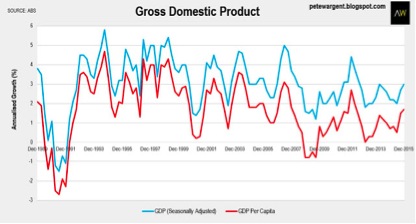 3. Unemployment is under control

We’re creating more jobs. Most of these jobs are in the services industry and many are part-time. Unemployment levels didn’t rise to the levels many predicted and when people have more job security they are more confident and likely to spend their money. This helps the economy (and our property markets) go round. 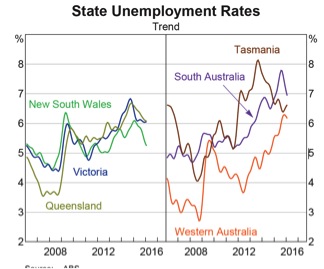 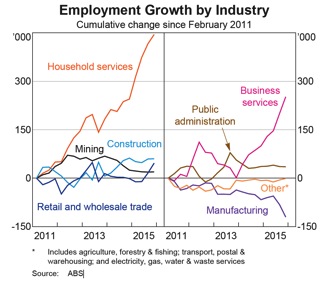 4. Consumer confidence is fickle, but positive

Consumer sentiment remains fickle but is generally more positive than a year ago.

When people feel comfortable about their jobs, their more positive outlook is good for confidence, good for consumption and good for investment. 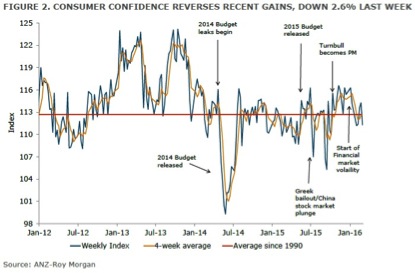 Our low inflation rate gives the Reserve Bank room to keep interest rates low or contemplate reducing them further if needed to further stimulate our economy. 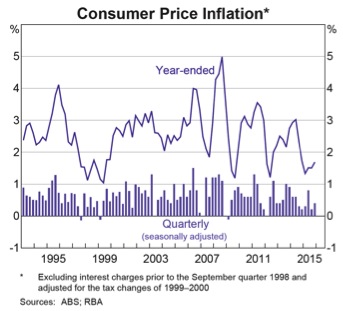 6. Interest rates are low and likely to remain so for a while

Low interest rates are allowing homeowners to pay off their mortgages faster and give some who have over committed some extra breathing space.

Looking forward, the money markets suggest rates could remain low for up to a decade. 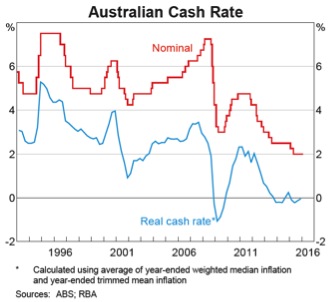 7. Household finances are in sound shape.

Figures from the ABS show Australian household wealth climbed in the past year.

There has been a strong wealth effect for households from rising real estate prices, but we’ve been good savers stashing our cash, reducing our debts and taking advantage of low interest rates to pay off our home loans over the last few years. 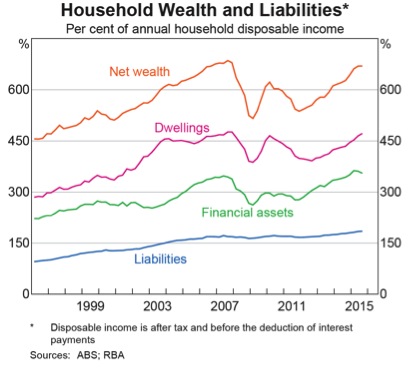 However, more recently, Australians have been dipping into their saving to consume and, of course, this is one of the factors that has propped up our economy. 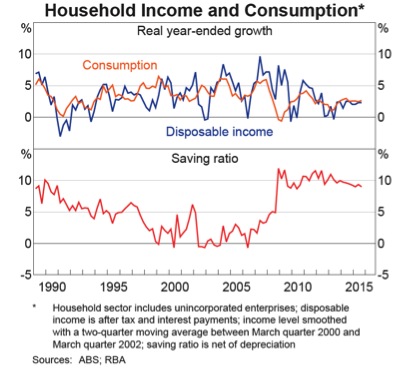 8. Housing affordability is not as bad as some make out

Sure house prices are expensive, but recently in the Australian Financial Review respected economist Chris Joye cited Bank of America Merrill Lynch’s Dr. Alex Joiner, who has demonstrated that if you take the median house price in 1985 and adjust it only by disposable household income growth between 1985 and 2015 and the change in borrowing capacity over this period – via lower mortgage rates –  you find the 1985-adjusted value is 1% above current median prices.

So the change in incomes and interest rates since 1985 implies that Australian housing is fairly valued or actually slightly cheap.

This analysis is crucially predicated on interest rates staying at or below their present marks and if interest rates rise, then housing could be considered expensive. However, the bond market currently implies that over the next 10 years the cash rate will only climb by about half a percentage point.

9. Our property markets will surprise on the upside

We’ll see lower capital growth this year than last year but according to Corelogic capital city dwelling values increased by 0.5% in February, and the trend in annual growth has moderated over the past seven months, from 11.1% down to 7.6%. 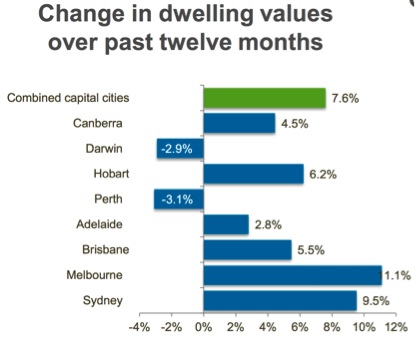 Of course there is no one property market and some areas will still languish over the year, while a mixture of low interest rates, population growth, job stability and relative affordability will make more people get involved in property this year.

Some will just renovate or improve their homes. Others will take the next step and upgrade to new or bigger homes.

More first home buyers will get a foot on the property ladder pushed by low interest rates and banks chasing for their business.