Australia’s population is now almost 24.7 million following its fastest rise in nine years according to recently released ABS figures. This surge in population is expected to boost property markets within Sydney and Melbourne.

A lot has to do with migration

The growth of Australia’s population is comprised of natural increase (the number of births minus the number of deaths) and net overseas migration.

As you can see from the following graphic a dramatic increase in net overseas migration was the primary driver of population growth most of which has headed to NSW (mainly Sydney), which has absorbed more than 90,000 immigrants over the past 12 months. Victoria welcomed more than 80,000 new immigrants.

Positive population growth occurred in all states and territories in the year ended March 31, 2017.

But, as they say, there’s more

A recently released report from UBS suggests that population growth only tells half the story.

While the ABS only measures permanent residents, UBS suggests it’s really “people growth”, which takes into account net short-term arrivals for education and employment, that matters.

On that measure, Australia’s “people growth” is 3.5% which is a record high. 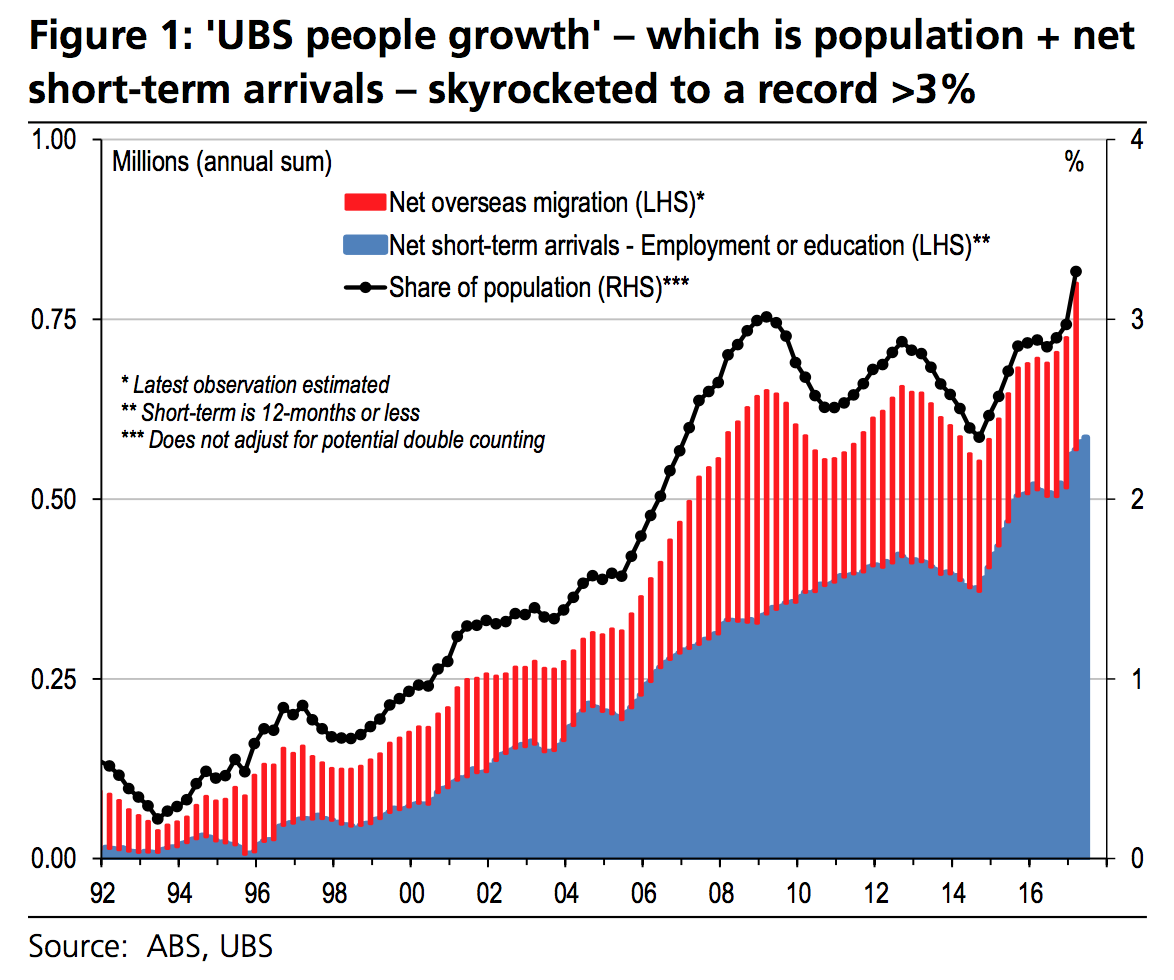 Over the last year, decreasing affordability, the Australian Prudential Regulation Authority’s macro prudential controls and changing sentiment stalled the property boom experienced in Sydney and Melbourne. However strong population growth, and in particular the large proportion of new migrants who are usually at the household formation stage of their lives, will underpin the cities’ property markets.