There’s now a new model for forecasting Australian housing prices, and it appears to work

Wouldn’t it be great to know what’s ahead for our property markets?

Sure lots of ‘commentators’ have given their market forecasts for 2018, but what do they base them on?

While some undertake detailed research, others seem to use ‘gut feel’ based on their experience and yet others have vested interests, which they use to confirm the properties they’re peddling.

So let’s be honest, no one really knows what’s ahead for property — there are so many individual markets and so many variables involved.

However, ANZ Bank recently released a new forecasting model, which in their words: “accurately forecasts housing prices over a longer-term”.

But before I go into details of this model, here’s the top-line results.

According to the new ANZ model, house price growth will slow but still remain positive in the first half of the year (around 1% year-on-year growth), then property values will pick up in the second half of 2018, growing around 2% for the year as a whole.

If this is correct, the next few months will give property investors and home buyers a window of opportunity to get into the market as ANZ forecasts that growth will accelerate to around 4% in 2019. 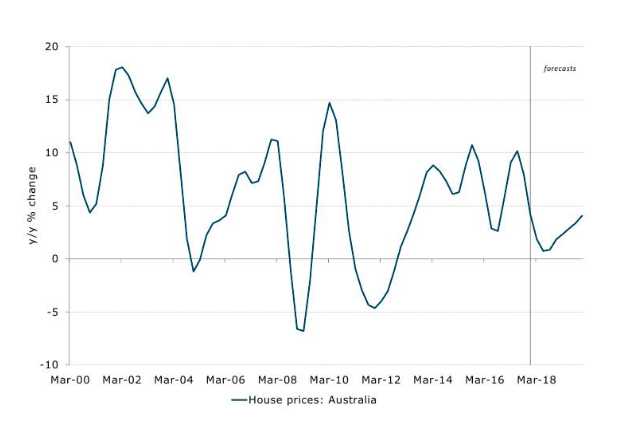 How are property market forecasts made?

According to ANZ, “existing tools are simple and effective for near term views”.

The common leading indicators (those that provide information about likely future changes in house prices) which are currently being used include:

These are a good indicator of consumer sentiment and, as you can see from the graph below, are an accurate tool for forecasting movements in house prices in the short term. 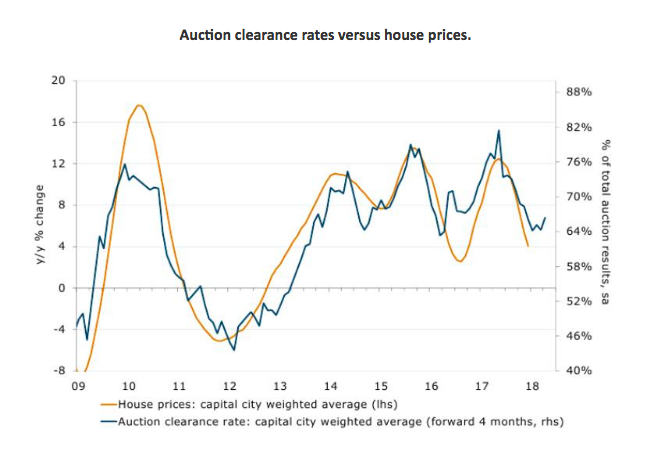 This measures the change in new credit issued as a percentage of the gross domestic product (GDP). Of course it makes sense that the change in the growth rate of new lending (credit) should signal a change in house prices. 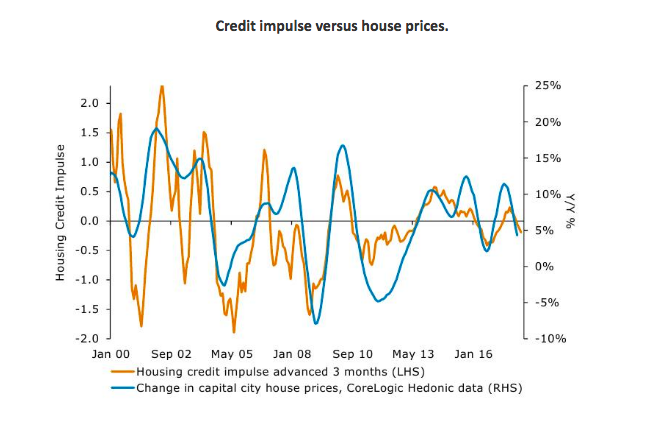 However, according to ANZ:

“These tools work because they effectively summarise the key demand and supply factors in the housing market. The problem is that they only provide short-term signals about the change in house prices — a matter of three to four months in both cases. To forecast house prices beyond the near term, we need to consider the likely drivers of supply and demand and anticipate their impact on house prices.”

So what’s this new forecasting model all about?

ANZ explains its model as “an error correction model, which is simple and captures the main dynamics of housing price movements then makes the link between prices and economic conditions explicit”.

The ANZ back tested the model’s accuracy by producing two-year forecasts on a rolling basis from 1995 to 2017 and comparing them to actual prices.

The graph below looks pretty impressive to me… 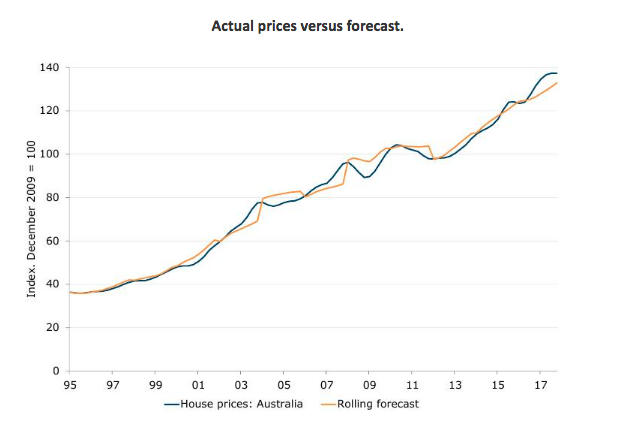 What does the model predict for the future?

1. In the medium term, prices will keep rising – just 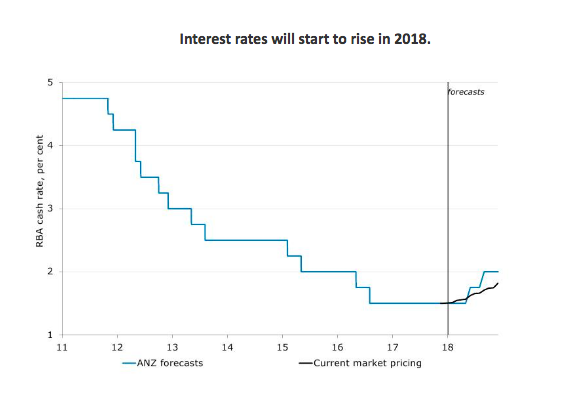 2. Construction activity will be a drag on prices in the first half of 2018 according to the model

Roughly 200,000 dwellings are now under construction around Australia, which “is enough oncoming supply to dampen price growth”, said ANZ.

3. ANZ anticipates income growth will have a small positive impact on home prices in 2018.

Beyond the medium term

Looking further ahead, the ANZ model predicts that housing price growth will improve in 2019, forecasting 4% growth.

ANZ is not expecting the RBA to change interest rates in 2019, “so the drag on price growth from 2018’s hikes is likely to be short lived”.

It also expect a mild slowdown in new construction in 2018, which in turn will be positive for dwelling prices in 2019. 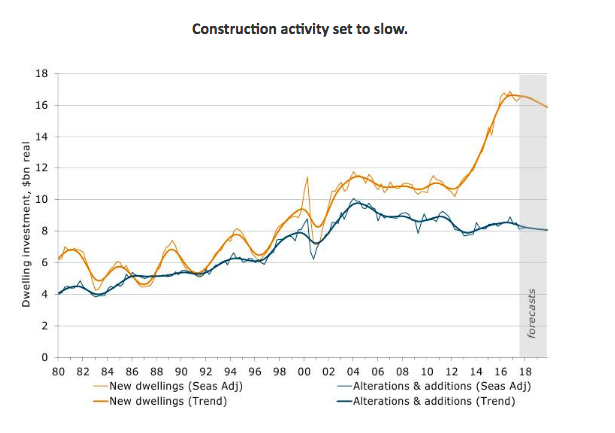 Despite all the research done by large organisations like ANZ and other institutions, most economists get their property forecasts wrong.

You see, the fundamentals are easy to monitor — things like population growth, supply and demand, employment levels, interest rates, affordability and inflationary pressures.

The problem is those overriding factors that the experts have difficulty quantifying — investor and consumer sentiment. And these are major drivers of our property markets.

Humans are funny: we tend to extrapolate the present into the future.

When things are booming, we think the good times will never end and when the market mood is glum, we have difficulty seeing the light at the end of the tunnel.

Think about it. When property markets are booming and stories of investors seemingly making large gains overnight abound, people want to jump on the bandwagon and cash in, often at a time when the market is near its peak.

Conversely, when the media reports falling property prices or an impending housing crash, many investors become scared and sit on the side lines, believing the end of property is nigh and things will never improve, when in reality much of the risk has been removed from the market.

Other emotional traps include becoming overconfident, wishful thinking and ignoring information that conflicts with your current views. In other words, many investors create their own “reality.”

It seems that investor and property consumer sentiment has moved from very positive last year to more concerning this year.

However, most of the fundamentals remain positive for property in the medium term, so it will be interesting to see how consumers (both property investors and home buyers) react.