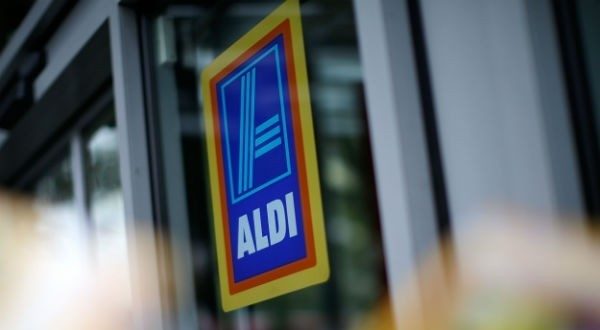 As many as 12,000 households could be affected after tests of tap sold by Aldi are said to have revealed water with fifteen times the acceptable lead content.

The Courier Mail reports the Queensland Building and Construction Commission (QBCC) conducted the tests on Aldi’s Easy Home spiral tap, which is estimated to have been purchased by 12,000 homes, was made in China and retails for around $80.

In a statement provided to SmartCompany, QBCC Commissioner Brett Bassett said initial tests of the tap showed “cause for concern”.

“Tests by Queensland Health Forensic and Scientific Services have shown that lead levels are up to 15 times the maximum acceptable level of lead in drinking water, as per Australian Drinking Water Guidelines,” he said.

However, a spokesperson for Aldi told SmartCompany the company had done its own independent testing through its “strict quality assurance processes” and found the product had complied with Australian standards before going on sale.

“ALDI is liaising with the responsible Authorities and our Supplier to investigate the matter with utmost urgency. If at any stage test results confirm that chemical parameters do not meet regulatory requirements, ALDI will take appropriate action,” the spokesperson said.

“ALDI will always remove any product from sale if it is identified as a risk to our customers. If any customer is unsatisfied with a product purchased at ALDI, they are welcome to return it to the store for a full refund.”

Earlier testing from the International Association of Plumbing and Mechanical Officials (IAPMO) were also said to show the tap was fully compliant.

“Everything we have on file indicates the product fully complies. It looks 100 per cent kosher,” IAPMO technical adviser Glenn Tate told the Courier Mail.

However, the Australian Competition and Consumer Commission (ACCC) is following up on the claims made by the QBCC, with a spokesperson telling SmartCompany it was “investigating this issue and has approached Aldi for further information”.

“The ACCC is working with Queensland Building and Construction Commission to understand the extent of any risk posed to consumers. If there is a risk that consumer goods may cause injury, the ACCC expects suppliers and manufacturers to voluntarily recall products to protect consumers,” the spokesperson said.

“Consumers who have purchased the particular taps but have not had them installed can seek a refund from Aldi. If installed, consumers should avoid drinking water or using them for cooking until more is known about the health risks that may be posed.”

The Courier Mail reports the taps were made by Chinese company Keen Faucets near Shanghai. SmartCompany contacted Keen Faucets but did not receive a response prior to publication.

Businesses urged to be active in crisis communications

Speaking to SmartCompany this morning, public relations expert and director at InsideOut PR Nicole Reaney said Aldi’s first move should be to assess the “degree of risk at hand”, noting the potential health risks could amp up level of crisis.

“Potential impacts to human health and life will amplify the nature and speed of the approach undertaken,” Reaney says.

“This situation demonstrates the importance of having a brand crisis communication plan in place, and regularly practicing and simulating potential situations.”

In terms of the right course of action, Reaney notes businesses shouldn’t hesitate to start communicating with affected customers and other stakeholders, believing a “no comment” response is “dated”.

“A brand spokesperson should be made available to media at the immediate notice of the issue. Organisations need to be transparent and demonstrate active communication in order to preserve and persuade public perceptions,” she says.

“It’s about identifying all key stakeholders from impacted customers through to store staff and media and ensuring regular communication and updates take place along with a channel for consumers to have their questions answered.”

Despite the potential seriousness of the situation, Reaney claims even if issues were found and a recall was initiated, Aldi’s position at a “lower price point” would reduce any potential long-term impact on the brand.

“Aldi has established its positioning at the lower price point, which translates into quality perceptions,” she says.

Installed ours about 4 weeks ago. A bit anxious now and will stop using it until more is known. Probably best to replace it to be safe even if it gets the green light in the end. I don’t support we can we seek recourse for the plumbing cost of installation? I expect the answer is no.

Hi,this tap is not only by aldi the Ozzy experts confirm.the lead content is part of the brass part inside the mixer.brass,a mix of copper ,sink and lead,is found in all brass fittings and taps!these are part of your household plumbing.therefore I advise you not to drink any any were in Australia.but I do,even with two aldi tap.

When is Australia going to wake up to, so called, honest free trade with China being all but impossible.
All too often I have heard of instances where first batch imports are good only to be followed by sub standard subsequent batches.

I think the water supplier has done nothing or at least very appalling job regarding cleaning of supplied household water.
And they charging ridiculously and way to much for that humiliating service!
We have installed charcoal and other hepa filters to get at least somehow tasteful and eatable water from our supplier Unitywater in Queensland!