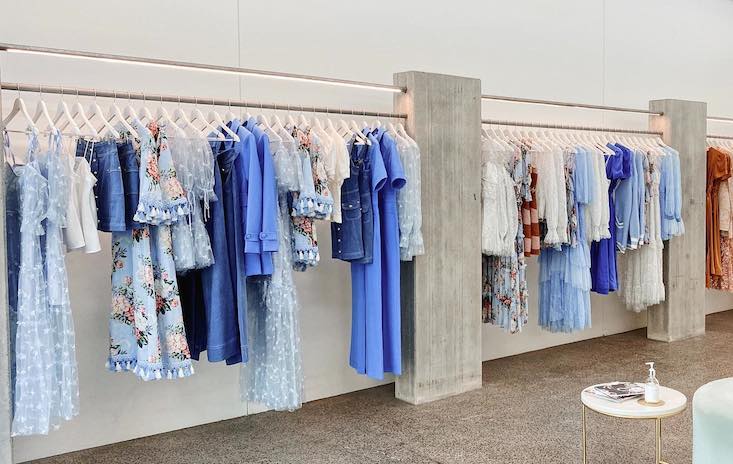 The administrators for fashion retailer Alice McCall have closed eight of the company’s 12 stores, as they prepare the business to continue operating with a reduced store footprint, after COVID-19 took a toll on the well-known brand.

Administrator Ian Purchas from SV Partners was appointed to the business on Sunday night and told SmartCompany this morning the decision to close stores was made on Monday.

The Alice McCall store at Chadstone shopping centre in Victoria was also closed on Monday, as were the stores at Claremont in Western Australia, Pacific Fair on the Gold Coast and Chermside in Brisbane.

Fashion designer Alice McCall launched the brand in 2004, and in 2009, expanded by adding an online store and venturing into China with a dedicated e-commerce site and physical store, which has since closed.

The business had been operating with 14 stores in Australia prior to the COVID-19 pandemic, however, Purchas says two of those stores did not open up again when restrictions were lifted.

While the total number of employees affected by this week’s closures was not available, Purchas confirmed no head office staff have been made redundant.

“Obviously, with the closure of eight out of 12 stores, there are a number of redundancies,” says Purchas, adding that the majority of affected employees are casuals.

A “small number” of permanent store-related retail staff have also been affected.

The remaining four retail stores are continuing to trade, as is the company’s online store, and Purchas says there is “no intention” to close the business completely.

Instead, the administrators “expect to go forward with a reduced number of stores”, including three flagship stores in Melbourne, Sydney and Brisbane.

The administrators will continue to monitor the performance of these stores, he says, with the online part of the business having achieved “very strong” performance throughout the pandemic.

The business’ main revenue sources come from the online and wholesale parts of the business, with Purchas saying the retail stores were challenged by both COVID-19 and ongoing rent concerns, which were further exacerbated by the pandemic.

“She has a very strong following, but the inability of people to go into stores because of COVID restrictions hit top-line revenue,” he says.

Creditors of the business include landlords, suppliers, employees and a related entity that holds the company’s intellectual property, including trademarks, says Purchas.

The first meeting of creditors is scheduled to take place on November 18.

Alice McCall said in a statement on Monday it was with a “heavy heart” that administrators were appointed to her business.

“Due to the unprecedented effects that COVID-19 has had on our economy, as well as some unsustainable bricks-and-mortar rental obligations, I have had to make a necessary decision to edit down my business, with the objective of building a more sustainable business model for the future,” she said.

Why Australian suburbs are the future of retail

Despite restrictions being lifted, CBDs may never return to the 'bustling metropolises' they once were, and suburbs will likely reign supreme.