Amazon will open a 200,000 square metre robotic fulfilment centre in Sydney’s west in a bid to up the speed and scope of its delivery offer in Australia.

The warehouse will be the first Amazon robotic fulfilment centre to be established in the southern hemisphere, and Amazon Australia says it will be up and running in late 2021, housing up to 11 million items.

The centre will be packed with Amazon’s trademark roomba-style stock bots, which move pylons of items around to assist human pick-packers.

Across four levels, the warehouse will boast the same land size as 22 rugby fields when completed.

Amazon Australia director of operations Craig Fuller said the warehouse will create more than 1,500 jobs, the majority of which will be permanent full-time roles.

“The Amazon Robotics fulfilment centre will more than double our operational footprint in Australia, enhance efficiency and safety for our associates while ultimately providing customers with wider selection and faster delivery,” he said in a statement.

The fulfillment centre investment is the latest in Amazon’s slow burn strategy in Australia, having launched locally in 2017.

Earlier last month the company announced it would open its fourth non-robotic fulfillment centre in Australia out of Brisbane.

While the Sydney facility will be a first of its kind build Down Under, these centres are Amazon’s bread and butter in the United States, where the company is regarded as a leader in e-commerce fulfilment.

The company says its robots program has created 300,000 full-time jobs worldwide since 2012, although there are longstanding criticisms about worker pay and conditions in Amazon’s fulfilment centres. 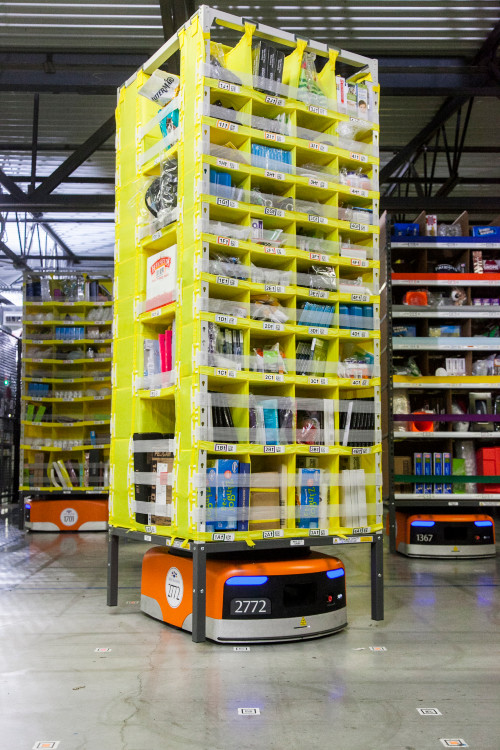 NOW READ: Amazon is finally making a play in Australia, and local retailers can’t afford to ignore it