As Coles and Woolies focus on plastic bags, Costco is preparing to battle Amazon

While the ‘big two’ supermarkets have been preoccupied with the war on plastic and the threat of Aldi, Costco is quietly expanding to compete online with the likes of Amazon.

The US bulk discount retailer confirmed to The New Daily it will launch its 10th Australian store on August 29 in Epping, Victoria — which will add to its local footprint spanning across Sydney, Melbourne, Brisbane, Adelaide and Canberra.

This comes four months after Costco was given the green light to construct a $108 million distribution centre in Sydney’s west — equivalent to the size of 17 Olympic soccer fields.

It is expected to be large enough to service as many as 30 Australian stores and sets Costco up for future expansion, including the launch of an online store.

“As more consumers look online to do their shopping, it seems only natural that we would add an online store to our offerings,” Costco Australia’s managing director Patrick Noone told The New Daily.

“At the end of the day we want to take care of our members, so as long as we can do it right and still remain competitive in the market, we will offer as much as possible.”

“Costco is certainly concerned about Amazon’s entrance to the Australian market,” he told The New Daily.

“Ultimately, it does represent a threat to incumbent supermarkets and department stores in Australia.”

Costco has already gone online in the United States, the UK, Korea and Taiwan.

Why the Costco model works

Costco has a unique business model in that it charges its customers a $60 annual membership fee.

You can only enter the store as a member or as a guest accompanied by a member, creating an air of exclusivity.

Mortimer likened this to paying for a streaming service or gym membership.

“It motivates consumers to use this service more to get value for money,” he said.

Product prices have small margins, with most profits stemming from membership fees.

When The New Daily asked whether the retailer had launched any waste minimisation or anti-plastic campaigns similar to Coles and Woolworths, amid recent moves to reduce plastic in retail, Costco would not comment. 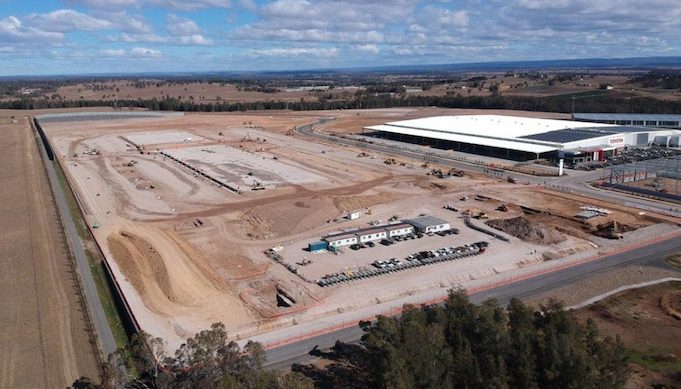 While online shopping makes up just 8% of the Australian retail market, it is growing at a rate of about 15% every year.

Driving out to a remote Costco store, and lugging the bulk products home, are two challenges for shoppers, Mortimer said.

“At the moment Costco is constrained by its number of stores. The majority of Costco shoppers would live in suburbs within a 20 to 30-minute drive away from stores,” he said.

“If an online platform suddenly opened, this would open it up to the entire Australian market.”

Dr Tom Osegowitsch of the University of Melbourne, an expert on strategies of multinational companies, said Costco’s subscription model gave it a huge advantage in terms of cash flow, allowing it to finance growth.

“The parent company [the world’s second-largest retailer] has been doing exceptionally well in recent years,” he said.

“They would have deep pockets to support the Australian rollout, if required.”

But he said Coles and Woolworths were forecast to fare better than the ‘average retailer’ in coping with Amazon.

“Costco, by virtue of their extensive non-grocery merchandise, might be more exposed to the full might of Amazon,” Osegowitsch said.

“At the same time, they do have more experience [globally] in wrestling with Amazon.”

A $50 million store in Ipswich, Queensland, is pegged to launch before Christmas, while a $55 million development is planned for Perth airport next year.