Gift cards, clothes and cooking classes: What Australians will be splurging on this Christmas 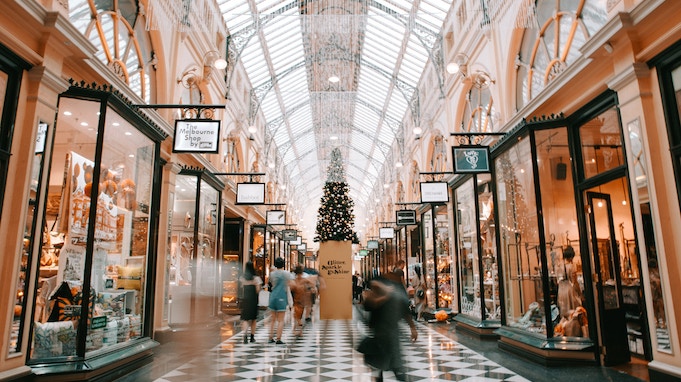 From clothes and shoes to turkey and Christmas pudding, Australians are set to splurge hundreds of dollars this holiday season.

Australians will spend an average of $686 each this Christmas, with more than half of that ($351) going on groceries, a survey of 1000 consumers by IT and consulting service Accenture has found.

However, only a fifth (23%) of shoppers surveyed were optimistic about their financial situation coming into the Christmas season.

Gift cards for stores or restaurants were the go-to gift for more than half (56%) of shoppers.

Clothing or footwear was the next most popular choice (48%), followed by toys (42%).

Experiential gifts also grew in popularity, with nearly a quarter of those surveyed planning to spend more on tickets to concerts or activities, such as cooking classes, than last year.

While bricks-and-mortar stores remain the most popular for Christmas shopping, online shopping is on the rise.

One-third of Australians will complete their Christmas shopping online, with fast and free delivery a must for many, the survey revealed.

Consumers are also embracing online tools for comparison shopping, with seven in 10 shoppers saying they would research prices on Amazon before buying elsewhere.

When it comes to groceries, however, two-thirds of those surveyed said they’d prefer to hand-select all fresh food items in person.

Aldi the cheapest choice for goods and groceries

When it comes to Christmas groceries and decorations, Aldi is the cheapest of the big three supermarkets.

Choice recently compared the prices of 22 popular Christmas items, such as gift wrapping, candy canes and smoked salmon, across Aldi, Coles and Woolworths on the same day.

Of all three supermarkets, Aldi’s basket price of $174.50 was by far the cheapest.

Following in second place was Woolworths with a total of $215.

Nearly half (43%) of consumers surveyed said they want to make an impact with their money by supporting businesses that reflect their values and shopping with environmentally conscious retailers.

“There is a growing trend toward consumers spending their money on brands that reflect their values and who demonstrate they are taking positive steps to improve sustainability through their business practices,” Accenture’s Glenn Heppell said.

“As consumers become more environmentally and socially aware of the impact retailing has on the environment, retailers need to design their products and business around responsible initiatives.”

In October, a report by PayPal heralded the rise of the “conscious consumer”.

Conscious consumers “know that their purchases have an impact and are willing to back their beliefs with their wallets”, the report said.

“They use their purchasing power to boycott brands that have a negative impact on society or the environment and reward those that align with their values.”

This article was first published on The New Daily.

NOW READ: Why Christmas is prime-time for gift card scams