Milk bars occupy a precious spot in the memories of nearly every Australian.

Battered storefronts and grizzled shopkeepers. Kids traipsing in and out, clutching paper bags filled to the brim with as many lollies 20 cents could buy. Bain Maries filled with a selection of (perhaps questionable) pasties and pies, slumbering under warm heat lights.

Both mundane and iconic, milk bars were the lynchpin of our childhoods, the comfortable constant there to convert your weekly pocket money into treats forbidden at home. Their sign-plastered facades dotted neighbourhoods like scenes from an Arkley painting, tying together a mishmash of streets and houses into a bright and familiar suburbia. 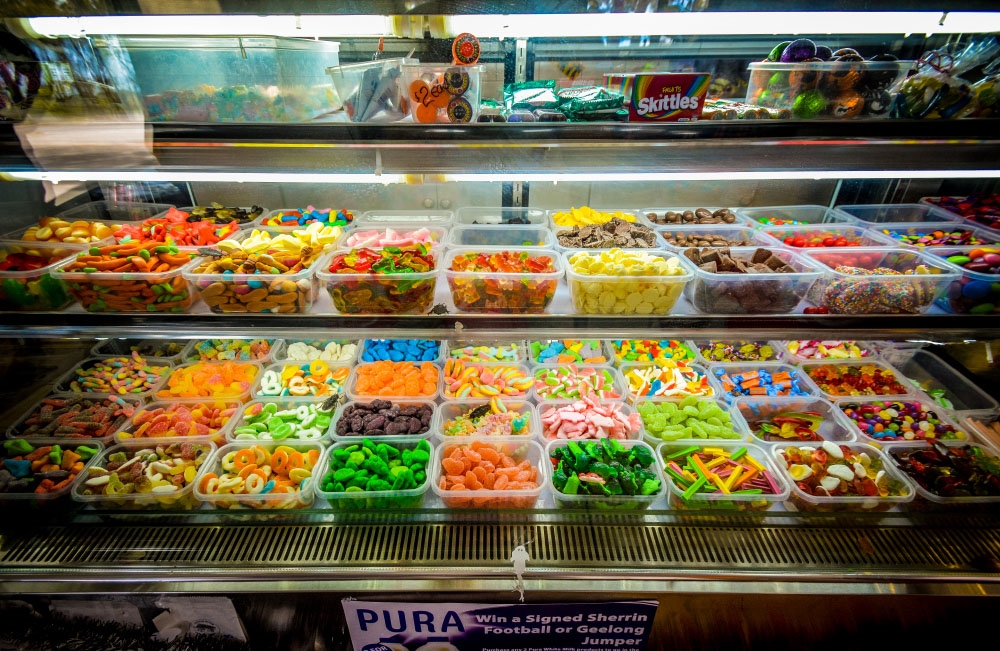 Donnelly tells SmartCompany in the early-2000s, he returned to his hometown in East Geelong to find his childhood milk bar shut, and quickly realised it was far from an isolated case.

“I took a photo of the facade, capturing the last remnant of my childhood, then quickly discovered it wasn’t just my corner shop but widespread. Something had changed and I began to document the last of these sweet, colourful community hubs before they disappeared forever,” he said.

Over the next 15 years, Donnelly set out to capture and document Australian milk bars across the country, culminating in the photographer crowdfunding an archive of these fading corner stores. Appropriately dubbed the Milk Bars Book, Donnelly’s years of work have finally come to fruition, with the collection of photographs and stories released this month.

Through his research, Donnelly discovered the origin of the iconic Aussie milk bar, established by Greek migrant entrepreneur Joachim Tavlaidis in 1932, selling milkshakes and sweets in a store set up to emulate American soda bars and Greek milk shops, called a galaktopoleio. 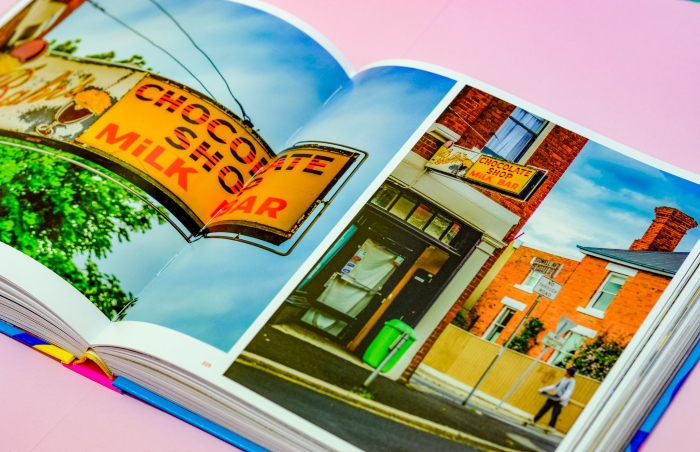 “It was this concept that took over Australia and the world, and soon the small corner shops saw the potential to add milkshakes and the bar setup to their humble corners and the suburban ‘milk bar’ was born,” he says.

“Sure there are corner shops across the world, but the Australian milk bar has such a layered and rich, colourful history that it is defined as uniquely Australian and an experience that many generations grew up with.”

Milk bars not long for this world

Sadly, the need for Donnelly’s book to document these businesses is itself an indictment on the longevity of the businesses themselves, with milk bars across the country slowly but surely shutting their doors, fading like the newspaper signs adorning their awnings.

Donnelly puts this down to shifts in consumer preferences and — predictably — increased competition from big businesses such as supermarkets, service stations and 24/7 convenience stores. He believes classic Australian milk bars will no longer exist in another decade. 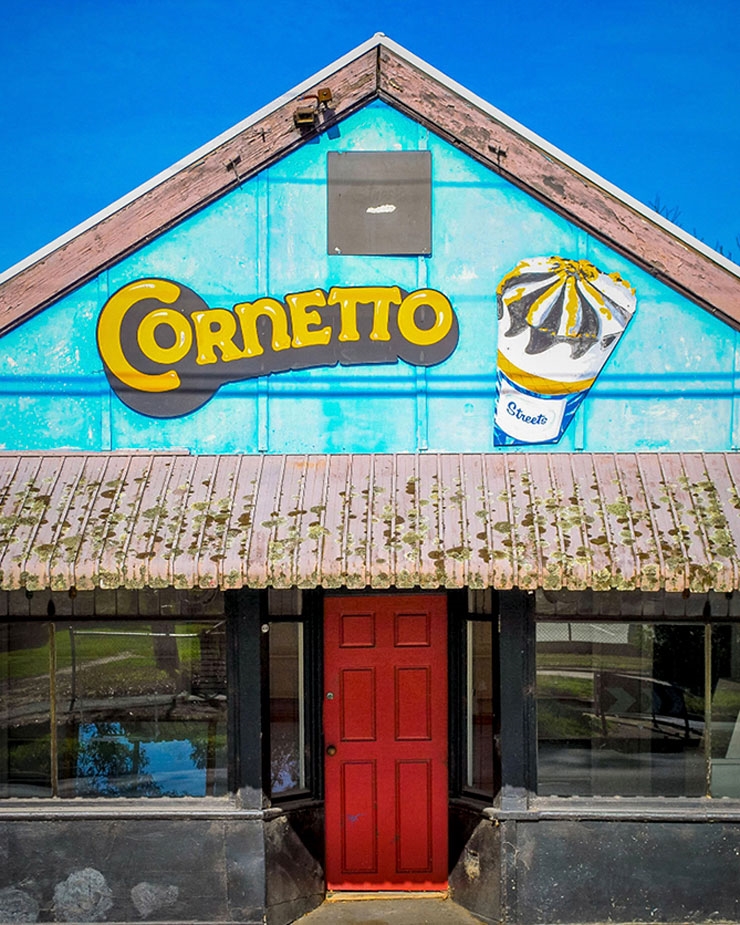 “It is not a concept that can sustain itself independently. A suburban corner ‘milk bar’ doesn’t sell milkshakes anymore, they are simply now corner stores with flavoured milk in a fridge, papers which are on the decline, cigarettes which are also on the decline and grocery items which can be purchased from any servo or supermarket for a fraction of the price,” he says.

“The original concept, the true definition of a milk bar based on the concept born in the 1930s, has been in decline since the 1970s. The ones that were still hanging on have, in recent years, closed up for good.”

At the heart of this decline are the business owners themselves, who Donnelly says are stretched as thin as ever, opening at 4pm for milk and paper delivery, and not closing until 9pm.

Then, an hour or two of bookkeeping, and off to bed to do it all again the next day and the next, seven days a week, 365 days a year. Though a tough way to make a living, Donnelly says it formed a “stepping stone” for many Australian migrant families.

Though the humble milk bar may be not long for this earth, Donnelly remembers them fondly and confidently awards the title of Australia’s best milk bar to the Olympia in Stanmore, Sydney. 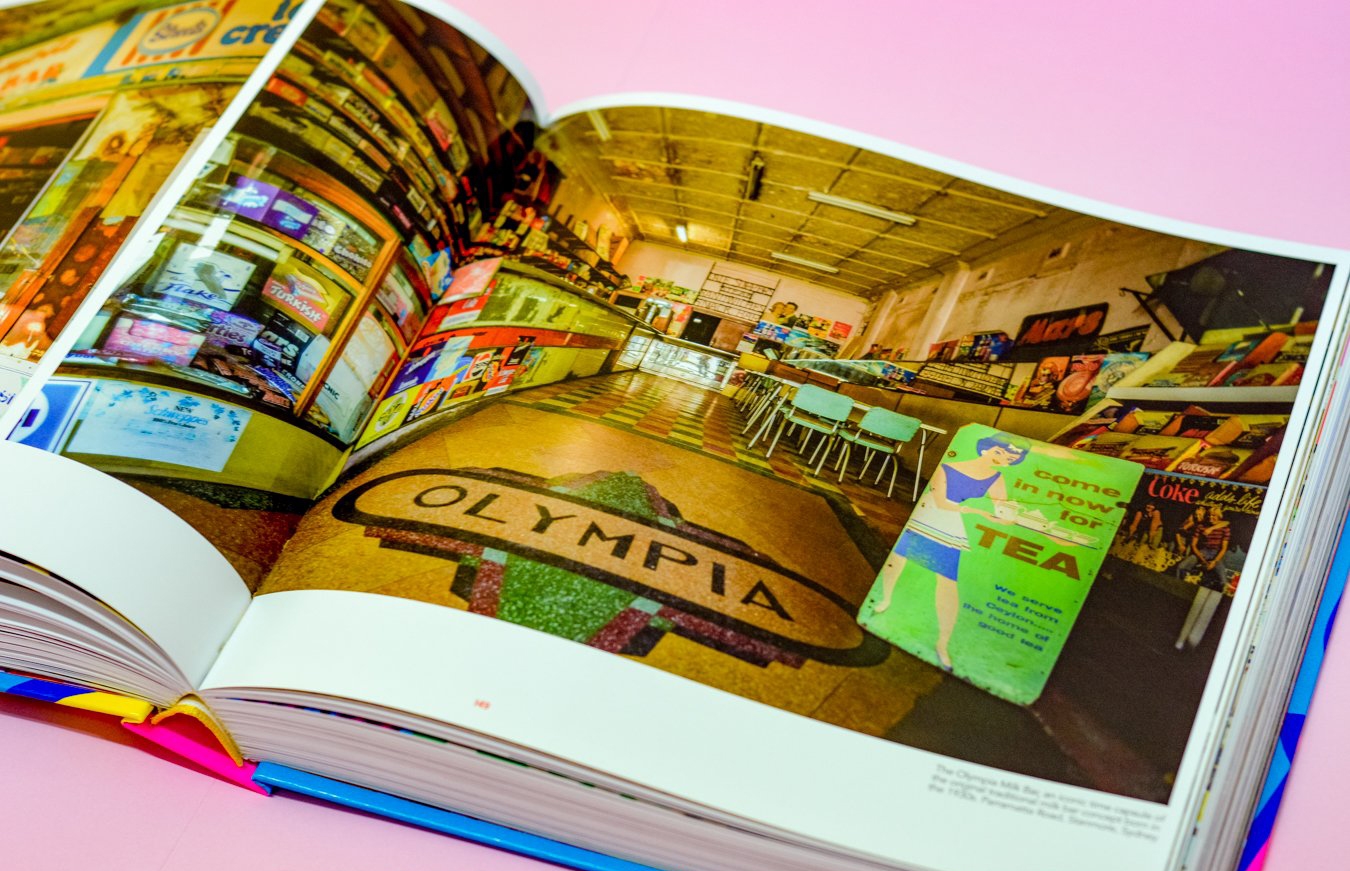 “It was a time capsule of the original traditional milk bars, unchanged for decades,” he says.

“It featured long bar down the left side with shelves of confectionery packaging and signage from a bygone era, laminex tables with vinyl seats positioned opposite the bar along a mirrored wall where you could sit in the dimly lit interior and sip on a milkshake, a cuppa or a toasted sanga and dream of the halcyon days when the milk bar was king.”

NOW READ: Late fees and memories: The last Australian Blockbuster is shutting down and we miss it already

I worked with my parents in their Milk bar in a suburb of geelong from the late seventies to mid eighties and it was a good business but during that time Australia’s shopping experience radically changed in the form of deregulated opening hours allowing supermarkets to encroach on the weekend revenue gained by open Milk Bars due to closed retail shops killing the profitable two days (as they were the only open shop) that bolstered the bottom line of many milk Bars. People who once to bought their party extras,drinks,cold meats and such now could go to their local late opening Coles or woolworths to buy it much cheaper than the Milk Bar could buy it so this profit was ripped away for The Milk bar by bigger competitors who also broke the monopoly of The Newsagents on distributing books,magazines ,papers and the like thereby killing another incentive for a Milk Bar customer to purchase form said Milk Bar.
There are other reasons for The Milk Bar’s decline but economic change I believe is one of the biggest reasons and the fact is this business type was a transitional business positioned between the older ,more regulated slower retail world from the 30s to the late seventies to burgeoning pc driven fast pace deregulated retail word of the 80s and beyond
sadly no one will mourn it’s passing because those who knew it in it’s Heyday will have gone as well. I am glad I was a part of it and never will forget the experience and one last point; Many peoples first experience of paid work was in the local Milk Bar.