What are the best shopping malls in Australia?

Australian retail was in sharp focus this week with the ongoing Myers/Premier Retail Group exchanges continuing against the back drop of the Australian Financial Review retail summit. There was also Christine Holgate’s first observations on retail in her role as CEO of Australia Post and Brad Banducci’s new improved Woolworths Group looking like it has turned the corner.

I thought I’d add to it with my views on some of our largest mall operations in the run up to Christmas, as the first green and red shoots of the Christmas and New Year shopping quarter are now on display in shopping malls across the country.

Over the past month I’ve walked five of Australia’s top 20 shopping malls; Chadstone at number one, Westfield Sydney at number three, Pacific Fair at number seven, Macquarie at number nine and Warringah at number 17. Maybe I was just lucky in my choice but these five recently renovated malls all look good. Sure, there are some noteworthy gaps in shop fronts at Westfield Sydney. Chadstone, Macquarie and Warringah will always have parking challenges as they’ve grown organically over the past two decades. But one of them is truly outstanding. It’s based not just on Australian features, but it has also been compared to many Asian and US malls.

The newly renovated Pacific Fair on the re-invigorated Gold Coast manages to showcase all that’s new and vibrant about physical retail. It should give retailers, large and small, faith that well-run large malls can still draw a family on a 100 kilometre round day trip to shop, walk, eat and be entertained.

So, what makes Pacific Fair remarkable?

Like Ala Moana in Honolulu, it is blessed with all year round weather that allows it to deliver a big open air shopping experience. Warringah has this too, but not to the same degree. Vast swathes of South East Queensland sunlight and fresh air flows amongst palm trees, streams and plants with nicely designed stone, wood and metal shop fronts. 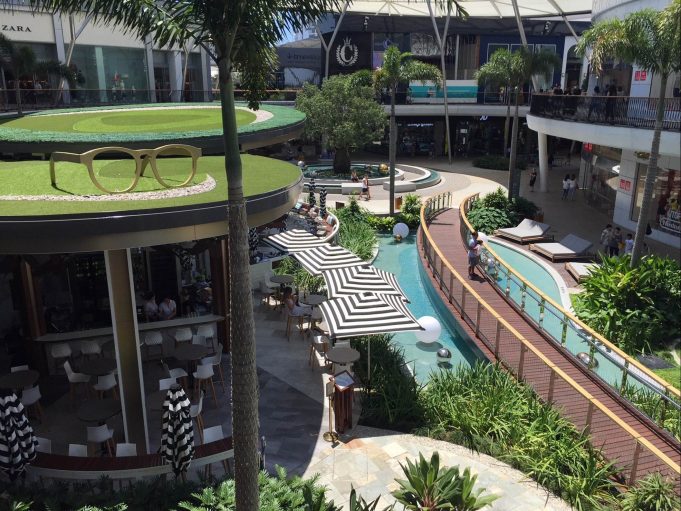 A character in Ridley Scott’s movie Prometheus observed “God doesn’t build in straight lines.” Well she may have had a hand in designing parts of Pacific Fair as it’s organic flow is a pleasure to walk and shop in. It’s also given shop designers the chance to showcase impressive double storey designs. 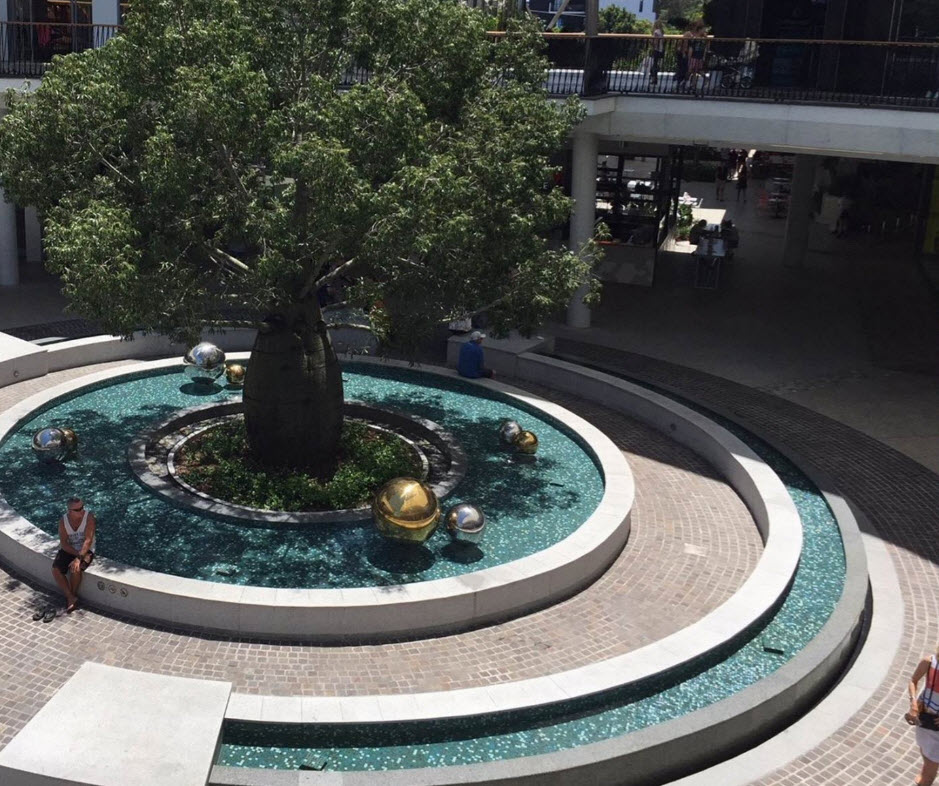 A year ago, the final phase of AMP Capital’s investment was completed. It shows in the detail from the car parks to the washrooms.

The Project for Public Spaces defines a civic space as “an extension of the community. When they work well, they serve as a stage for our public lives. If they function in their true civic role, they can be the settings where celebrations are held, where social and economic exchanges take place, where friends run into each other, and where cultures mix”. Travel to this mall on the light rail and spend a few hours walking around and   that definition will need no further explanation.

According to global tourism site Mapping Megan, the Gold Coast’s Star Casino has 10.6 million visitors a year which is higher than the Sydney Opera House with around 8.2 million visitors. There is little doubt the number, quality and product range of the international brands in Pacific Fair speaks of the large proportion of high disposable income of international shoppers. It is an international mall.

I took care not to use the phrase “food court” here because it isn’t one. Its series of integrated, high quality dining experiences that are open until late, seven days a week. True dining experiences are few and far between in Australian malls but they are becoming crucial to major mall landlords around the world as these retail venues attract and retain shoppers for longer dwell times than any other type of retail venue in a mall. Even the small cafes in open corner tables serve high quality food and drinks. 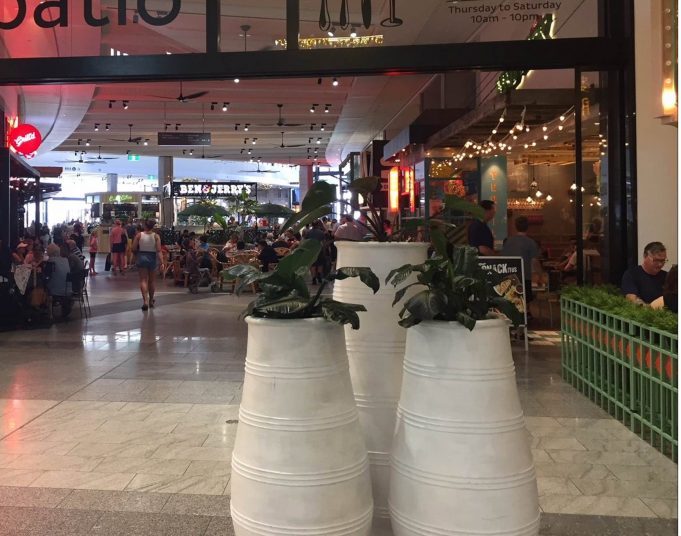 Malls like Pacific Fair are difficult to replicate. Good all year round weather, close to major tourist attractions and international airports are a unique combination – attributes that Ala Moana Hawaii and Santa Monica Place in Los Angeles both have.

If you’re going to the Gold Coast this year, or visiting for the 2018 Commonwealth Games next year, drop in. It’s very good.