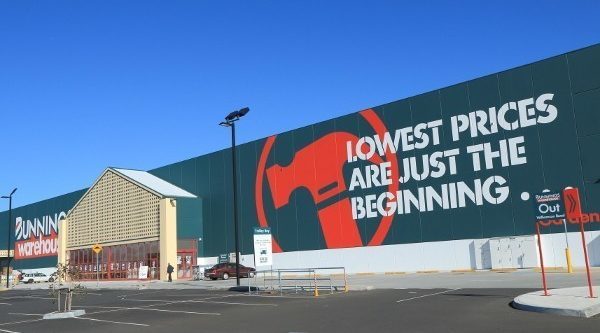 Aussie hardware giant Bunnings has finally announced plans to enter the online shopping game after years of speculation and anticipation.

The retailer took the wraps off its plans yesterday in a presentation and call with shareholders, with managing director Mike Schneider revealing that after a trial in Tasmania next month, Bunnings’ online store will be rolled out across the whole of Australia over the next 18 months.

This will be a fully transactional online store, with customers able to choose from more than 60,000 Bunnings products.

However, while delivery will be on offer, the hardware giant is expecting the majority of shoppers will choose to ‘click and collect’ at their local Bunnings store.

Though a move into e-commerce might seem like a strange announcement to make in 2019, the company’s delay in doing it so far was due to the impractical and expensive aspects of shipping its bigger and bulkier items, which led to the company trialling home delivery for 20,000 of these “special” items, such as sheds, in January last year.

Schneider told the AFR the company’s delay in entering the e-commerce game has also allowed it to learn from the mistakes of other players.

“We have jumped on the escalator half way up, which allows us to move at some pace,” he told the publication.

“There are so many good online players out there we want to make sure the way we serve our customers is a very positive and a very Bunnings experience.”

Bunnings is one of Australia’s best performing retail market players, with some of the highest margins on home improvement products in the world. However, the chain has not been without its share of failures, namely the disastrous expansion into the UK via its acquisition of Homebase.

Speaking to SmartCompany, retail expert and QUT associate professor Gary Mortimer welcomed the move from Bunnings, saying the retailer had taken its time moving into the online space in recognition e-commerce is “not as simple as flicking a switch”.

“Its the same way supermarkets have been very careful to move online. They understand the operational constraints and the difficulties in moving from a physical to multi-channel offering,” he says.

Bunnings is also trialling their online offering at Melbourne’s Craigieburn store, where the retailer is now providing customers with the option of click and collect.

“I think customers will use [click and collect]. One of the issues people have is they don’t like how long it takes to wander the aisles of a massive Bunnings store, so this will let them get their purchases immediately,” Mortimer says.

“It’s the best of both worlds.”