Life is returning to shopfronts in Renmark, South Australia, thanks to initiatives and support from a group of volunteers and business leaders.

The Riverland district has seen a boost to local business with the Renmark Paringa Network supporting locals in returning the two towns’ main streets to bustling shopping destinations.

The Renmark Paringa Network was established in November 2019 by a group of volunteers aiming to bring Renmark’s business community together to positively influence their economic future.

The network has attracted more than 100 members and organised several initiatives to promote and assist local businesses.

“As of the end of May we have a total of 120 businesses,” said Georgie Vermeeren, the network’s membership and marketing coordinator.

“We have gone from a very small number [of members] to a very large number in 18 months which has been really great.” 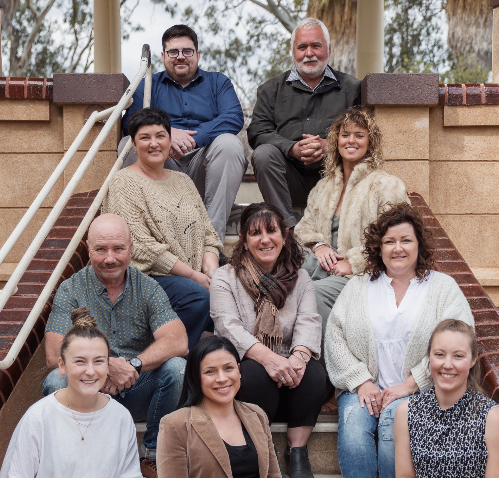 The Renmark Paringa Network committee in 2020. Source: The Lead

Part of the initiative is a website that works as a directory for Renmark Paringa businesses.

The website includes information on the group’s initiatives and a community jobs board that lets members advertise job openings.

The most successful project has been the community voucher initiative that saw funds injected back into the community by allowing residents to purchase vouchers to be spent at participating businesses.

The council-funded initiative allowed locals to pay $10 for redeemable vouchers worth $20 with the council making up the difference to help promote spending at local businesses.

The first round of vouchers saw 1500 purchases and $30,000 injected into the local community, with the current voucher initiative estimated to inject another $40,000 with over 2000 vouchers already sold.

“That was one of our big initiatives and something that really helped us in getting our brand out there and getting the public to know who we are and what the Renmark Paringa Network does,” said Vermeeren.

The group also runs upskilling and training workshops in areas tailored to assist and educate members.

“We recently had a grant writing workshop in Renmark so our members got that at a discounted rate and other people were able to join, but not at the discounted rate,” Vermeeren said.

In 2021, the Renmark Paringa Network opened its shared spaces, a business hub and a retail hub that can be leased on rotation.

“We have what’s called a ‘business hub’, which currently has four tenants that rotate on different days and utilise the office and that space, and therefore have a discounted rate in rent because they share those offices,” Vermeeren said.

“We also have a ‘retail hub’, which is for people who are looking to hold pop-up shops or who would usually work out of a market stall and want to hire for a day or two just to get their foot in the door of being in a shop front.

“Working together has encouraged people to step out of their comfort zone and start opening shop again and that’s really filling up our town.”

Owner of T.H. Books, Tammy Hamood said the network has been beneficial to the Renmark Paringa area.

“Initiatives like the vouchers have brought in a different clientele than usual and it gives people the chance to discover and shop at businesses they haven’t been to before,” Hamood said.

The group will be hosting a business awards night on Saturday, June 26, to showcase Renmark’s business owners.

The business awards night will present all network members with a trophy to recognise their hard work, in addition to specific awards given to winners in categories such as innovation, keeping green, not-for-profit and emerging success.

“It is to recognise all the businesses in our area and reward them for all the hard work they have been doing,” said Vermeeren.

Vermeeren said that as the network’s membership increases, so do the businesses and storefronts in the district.

“That’s one of the things that the network wanted to see,” Vermeeren said.

“We wanted to promote and support businesses to put their foot in the door and get seen.

“I think that is definitely starting to work and we are seeing less and less empty shops down our main streets.”

Minister Patterson said the Paris office will be a crucial part of the network of existing offices, opening up further opportunities for South Australian businesses.

A nation-wide initiative established at the height of the pandemic to encourage Australians to shop local has been extended another year.