Can a corpulent Woolworths discard its history and fight off Aldi? 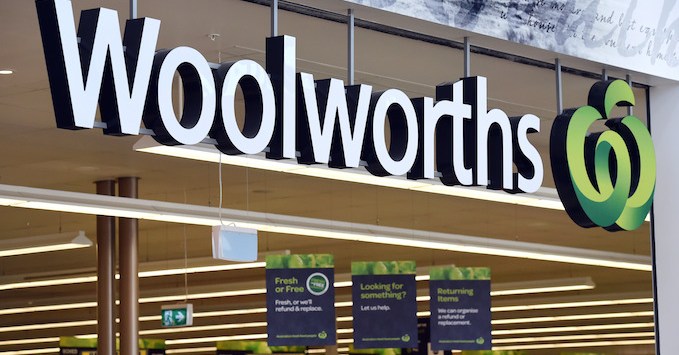 Woolworths’ shareholders have endured a bumpy ride these last few years. From its peak close to $40 in mid-2014, the share price has been flirting with $20 most of this year before Monday’s rather unconvincing spike.

Woolworths’ travails of recent years have been well documented. Most notable has been the disastrous Masters foray. This slow motion train wreck got most of the attention, but in hindsight it was a sideshow. The real issue has been the assiduous ascendance of Aldi – a serious and focused competitor that has quietly, patiently but very deliberately moved into Woolworths’ heartland and destroyed its fundamental value.

Australian shoppers, once sceptical of Aldi’s rather idiosyncratic own-brand products, have embraced the German upstart with gusto in recent years. Aldi has been able to position itself as the underdog, when in reality it is one of the world’s most capable and deep-pocketed retailers. Its “piling it high, selling it cheap” approach has been welcomed by Australian shoppers who for far too long knew they were being taken for a ride by a grocery duopoly with some of the highest margins in the world.

Woolworths’ new chief executive Brad Banducci has the unenviable task of turning all this around and on Monday he fired the one shot he probably has in the locker.

In an absolute sense the announcement on Monday was underwhelming – 500 staff to go and another 1000 moving closer to the retail frontline. Together with the mooted store closures, these add to more than $4 billion of write-downs and charges this year. Banducci has taken the charge on the capital account to embellish the profit and loss by clearing the decks of baggage.

However, the real problem is none of this does anything where it matters – in the stores where the customers are and in the relationships with suppliers. In both areas Woolworths has fundamental and structural problems and Monday’s announcement does little to address these.

A major problem for Woolworths is its history. Woolworths became corpulent on its own success, shoehorning more and more products into its increasingly large format stores. A large format Woolworths has 15 horizontal metres of yoghurt; Aldi has about 50cm of horizontal space in its refrigerated section devoted to this product. It’s a case in point of how we humans can have too much of a good thing.

Aldi has its own version of most of the products it sells while Woolworths stocks a variety of supplier versions and quite a few of its own. Its growth in the range of what it sells, undertaken while it was riding high on a wave of oligopolistic profitability, is virtually impossible to reverse.

The focus of Aldi has so many benefits – lower wastage, more reliable and economical supply arrangements and more efficient in-store logistics. These are the fundamental drivers of profitability that Woolworths simply cannot replicate.

The other major problem facing Woolworths is its relationships – with employees, customers and suppliers. While it was riding high it took the opportunity to strong-arm suppliers into supply arrangements that accrued massive profits to Woolworths, but left suppliers struggling. Woolworths’ employees too must shake their head in disbelief at the payout for outgoing chief executive Grant O’Brien who was most closely associated with the Masters debacle. Customers are also are deserting in droves.

Some may hope that the future can only look better, but this hope may be forlorn. Exiting unprofitable store locations creates a vacuum for Aldi or, worse still, its fellow German retailer, Lidl.

The willingness of Australians to switch allegiance has delivered Aldi better growth in Australia than any of its other international expansions. This has not gone unnoticed in the board rooms of other global retailers. Australia is still seen as one of the most cosseted and hence promising grocery markets anywhere.

So, taken together while the times are tough for Woolworths, they may well be about to become tougher still. Buying Woolworths shares at their current level may well be a great idea – or we may yet see its shares plummet again as the realities of its huge fixed costs and shrinking margins combine to see more long term pain for the company.

John Rice is a professor of management at the University of New England and Nigel Martin is a lecturer at the College of Business and Economics at Australian National University,

Hey, you forgot about the Woolworths corporate CULTURE! They stamp out any last tiny vestige of entrepreneurialism with a host of self important “corporate affairs NO! men” who’s job it is to stop anyone doing anything useful, and block all paths with time wasting paperwork. Banducci’s strategy is to stamp out staff, what is actually needed is a culture of forgiveness not permission, and enough front line staff that you can get out of the store faster than you can do your shopping…