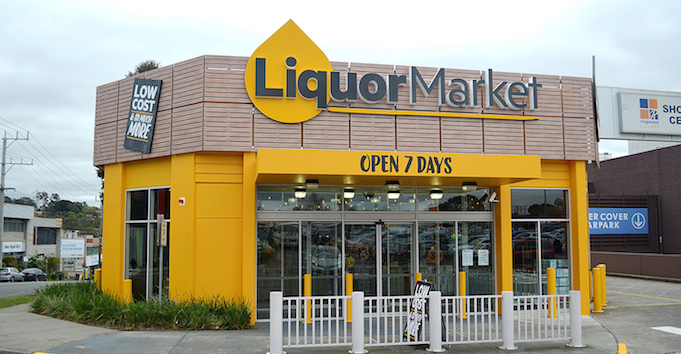 The first Liquor Market retail store has opened in the Melbourne suburb of Ringwood in a former First Choice store, and Coles Liquor director Greg Davies said in a statement this week the retailer will use feedback from customers to determine if it will roll out further stores under the Liquor Market brand.

Billed as a “low-cost” brand, Liquor Market is part of the “ongoing turnaround of the Coles Liquor business”, Davies said.

“We really want to know what customers think before deciding whether to roll it out further,” he said.

“We’ve collected a huge amount of customer research to develop this new offer. Customers have told us what they want from a liquor retailer, and what the market is not currently offering them.”

Davies said Liquor Market will stock a “hand-selected” range of local and international wines, beers and spirits all without a premium price tag, including “gold medal” wines for under $20 and wines with ratings over 90 points for under $15.

Rather than sorting and displaying products by brands, the Liquor Market range will be organised by variety or “flavour maps” to help customers find the products they want, and the store will host in-store masterclasses and events.

Where will Liquor Market sit in the mix?

An analysis by Deutsche Bank estimates the brands’ performance have been improving, with growth in same-store liquor sales estimated to have outpaced food sales in the June quarter at a growth rate of 4.3%, according to Fairfax.

However, rather than sitting alongside Coles’ existing liquor retail brands, one retail expert has suggested Coles may be using Liquor Market as a way to trail a rebranding of its First Choice chain, which has been operating since 2005.

“I’m at a loss as to why they would launch a similar brand,” Mortimer told SmartCompany.

“If you look at the layouts of First Choice stores, which they do offer premium products, a lot of what is on offer is full cartons or beer and wine.”

Given the similarities, Mortimer suggests the opening of the first Liquor Market store may be an attempt by Coles to trial a new brand for the First Choice business, which if successful, could be rolled out across all the chain’s First Choice stores.

“’First Choice’ could be anything. ‘Liquor Market’ screams ‘we sell liquor at market prices’,” he says.