Why craft beer is going corporate 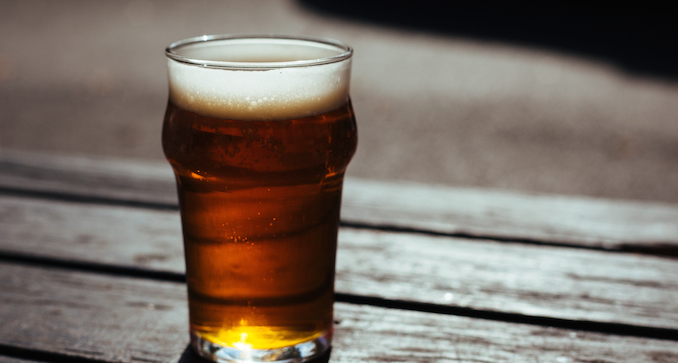 Australians may be drinking beer at 65-year lows, but one segment is bucking the trend — craft beer. According to a recent report, Australian craft breweries generate almost $500 million in yearly revenue, and this is growing at 10% a year.

But while you may imagine your craft beer is being brewed by a small operation, the reality is the industry is being swallowed by large corporations.

There are a number of reasons for this. Large corporations obviously want access to a lucrative and growing market, but craft brewers also need access to capital, better distribution deals and marketing expertise.

Despite there being almost 400 craft brewers in Australia, global giants Lion and SAB control more than 50% of the market.

It’s not just market share, though. Large corporations own many of our most prominent craft beer brands, such as Little Creatures, James Squires, and White Rabbit (Lion), as well as Matilda Bay Brewing, Wild Yak, and Goose Island (SAB).

Even soft drink manufacturers, like Coca Cola Amatil have moved into the market, snapping up brands like Blue Moon and Yenda, and last week Coca Cola purchased the iconic Feral Brewing.

Our major supermarkets are also getting in on the action, producing private label craft beers like Steamrail Ale (Coles) and Sail and Anchor (Woolworths).

The rise of craft beer

After decades of consolidation and homogenisation in the beer sector, craft brewing emerged out of a grassroots culture of home brewing. It caught on because beer drinkers were drawn to notions of beer being artisanal and “hand crafted”, using quality ingredients.

There were also many motivations for the craft brewers themselves. Savvy business people saw an opportunity to exploit a beer segment experiencing growth through product differentiation.

Others responded to dietary gaps in that market, producing beer with low carbs or that is gluten free. Many simply wanted to share their passion for beer with others.

At the same time, Australians are also moderating their drinking. This has implications not only for how much we drink, but what we drink; we’re drinking less pre-mixed drinks and experimenting more with mid-strength beers and other “premium” products.

Research also suggests that younger consumers are partly driving the uptake of craft beers. They have gained exposure to international beers while travelling, and view alcohol consumption as more of an experiential event, something that should be driven by uniqueness and novelty.

Why are craft breweries selling out?

Like all business, many craft breweries reach a point that in order to grow, they need access to capital and expertise. Selling to a global beer producer provides greater access to distribution channels, advanced technology, marketing and management expertise, as well as global expansion opportunities.

While some brewers are happy to stay small, many seek growth opportunities in order to reduce costs of doing business. The economics of brewing disadvantages smaller brewers — they face higher costs for raw materials and other inputs. Joining up with a large producer means craft brewers can take advantage of economies of scale or simply maintain market share in a crowded market.

For the big companies, buying into craft brewing is a no brainer. The size and growth of the sector has largely come at the expense of traditional, mass produced beer. Just as soft drink manufacturers have diversified into bottled water, craft brewing is an opportunity for big companies to tap into a fast growing market.

In fact, as the market for mainstream beer flat lines, big beer producers are left with only two choices; invent their own craft beers or buy craft breweries.

The downside of selling out

But there is a downside to all of this consolidation. Surveys show that the story of “independent ownership” is a large part of why drinkers buy craft beers.

When a small brewery sells out to a multinational corporation, consumers can experience something psychologists call “incongruence”. Brand congruency happens when everything is aligned — the message, the story, the production, the ownership.

So when consumers realise that the artisanal craft beer they are drinking is not owned by a small local independent brewer, they will likely become disillusioned.

Craft brewers themselves also face problems with moving from a private business model, to one controlled by many shareholders, boards and commercial stakeholders. The focus shifts from flexibility, small batch size, product innovation and hands-on craftsmanship, to profit margins and dividends.

This is something Brendan Varis, the previous owner of Feral Brewing appeared to struggle with in making the decision to sell to Coca Cola Amatil. He is reported to have given three conditions to the sale, including that the primary goal of the brewery would remain to make beer that the team loved to drink.

In the end, it is likely the craft beer segment will continue to grow, as recent taste and lifestyle trends continue to favour the segment. Accordingly, global beer and soft drink producers will continue to expand in this market though takeovers and acquisitions.

But this is unlikely to be the end of the story: drinkers may soon see the emergence of two new segments — mass-craft and “true” craft.

Gary Mortimer is an associate professor at Queensland University of Technology.