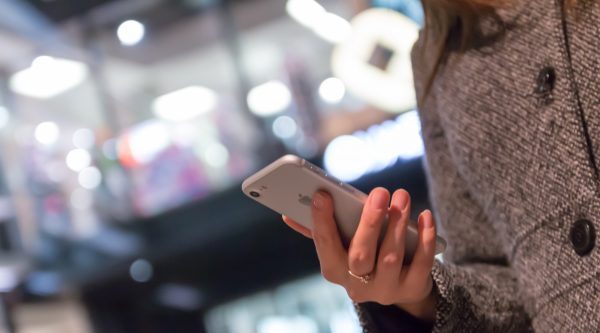 It might seem unlikely that there are stores in Australia selling only a small range of products at prices significantly higher than supermarkets, yet turning over millions of dollars each year. But an increase in stores catering to personal shoppers, called daigou, are growing in the Australian retail scene.

As demand for Australian products increases, daigou stores allow Chinese shoppers to send goods to China. One public relation agency estimated there are between 1,200 to 1,600 small daigou stores that offer “pack and send” services in Australia. Until now, these businesses were fragmented and operated independently.

However, the first Daigou retailer recently listed on the ASX, AuMake. The retailer has seven stores in Sydney and plans for more.

Daigou stores are emerging in response to the demands of a burgeoning Chinese middle-class and their hunger for Australian brands. By 2022, 76% of China’s urban population will be considered middle-class.

Poor quality Chinese products, food safety concerns combined with ongoing issues of counterfeiting have contributed to a deficit in trust of Chinese brands. This lack of trust is driving demand for authentic, high quality products – particularly from Western markets like Australia.

So, why don’t Australian business simply cut out the middleman and go straight to the consumer? It comes down to the establishment of trust between the consumer and the retailer, and the length of time it takes a foreign retail business to establish consumer trust in China. Australian-based brands like Suisse, Blackmores and Jurlique sell through Daigou retailers to quickly establish authenticity of the product and consumer trust.

“what Bellamy’s didn’t expect was that the daigous’ customers would be more loyal to their daigou, than to the Bellamy’s brand.”

Despite low domestic growth in food and groceries, an AFGC State of the Industry Report identified a real hunger for Australian manufactured brands internationally. In 2015-16 food and beverage exports grew by 11% to $26 billion and grocery (non-food) exports up 32% to $4 billion.

Notably, China has become Australia’s largest export market for the first time in 2016-17.

So lucrative is this daigou model, that the 2017 Australia-China Business Week Conference allocated an entire afternoon to a workshop on Chinese social media platform WeChat. The aim of the session was to demonstrate to marketers and businesses how WeChat could be utilised to connect, influence and sell to Chinese consumers.

Global consultancy firms like Nielsen are scrambling to advise entrepreneurs and brands on how they can leverage this new retail model for financial growth.

As these daigou stores open up around Australia and become the legitimate “go to” for Chinese consumers seeking quality, authentic Australian brands, it would appear the days of individual daigous striping supermarket shelves of infant formula may be numbered. The model provides a regulated channel to the Chinese consumer and circumnavigates the need for individual daigou shoppers.

While this new retail model presents a great opportunity for Australian products and brands, ultimately, the future remains uncertain. On one hand, Chinese entrepreneurs may increase the number of stores across Australia and small brands will compete for shelf space, in order to access the lucrative Chinese market.

Alternatively, established daigou relationships based on trust may endue and the business model becomes irrelevant.

In the end, this retail model remains viable only as long as the Chinese government permit online shopping from international markets – they could close the door overnight. Chinese officials have already imposed bans on foreign books, movies and games being imported to China.