Department store David Jones has become the latest retailer to enter the convenience food market through a partnership with service station BP — but the duo faces tough competition.

On Tuesday, the firms unveiled a plan to “create all-new centres of convenience and shape the way Australian consumers shop for food”.

The collaboration will roll out over the next six months at 10 sites “strategically positioned around major arterials and key suburban regions of Melbourne and Sydney” with “busy, urban, health-conscious customers in mind”, the companies said.

The new range will comprise more than 350 products “including food-for-now and food-for-later options”, as well as “a diverse range of fresh items” such as sandwiches, sushi, free-range rotisserie chicken, pre-prepared meals and long-life groceries.

The death of the local convenience store

The death of the local milk bar has created growing demand for convenience offerings in suburban and regional Australia, something David Jones and BP will be looking to capitalise on, Deakin University retail and marketing expert Michael Callaghan said.

“There’s a gap in the marketplace because of the demise of the corner store, but that gap isn’t big enough for everyone,” Dr Callaghan said.

“And if David Jones does it, you can bet that Myer follows.” 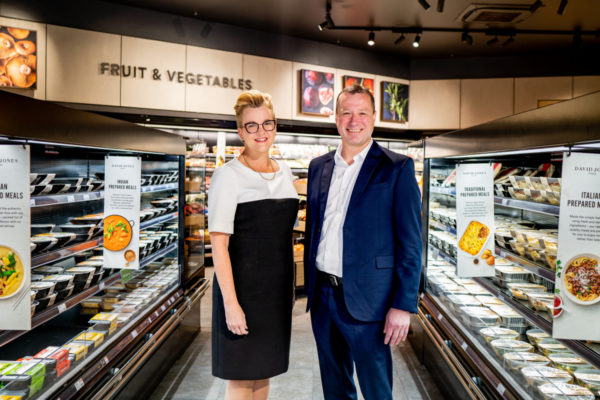 However, service stations rely heavily on high-profit margin food items, and David Jones risks finding itself in the middle of a pricing war with lower-cost competitors 7Eleven, Coles and Woolworths, Dr Callaghan said.

“The new stores will invite customers to explore the future possibilities of retail convenience in Australia,” she said.

“Customers expect convenience and quality to go hand in hand,” he said.

“This product range combines innovation with freshness and taste to deliver an offering that is both convenient and of the highest quality.”

David Jones’ biggest point of difference in the increasingly crowded convenience market is that it “does have a more premium-brand image, and curiously so does BP, so it is a good match”, Dr Callaghan said.

The collaboration follows similar moves by Coles and Woolworths to muscle in on the convenience store market via service stations and express supermarkets in targeted locations.

In May, Coles revealed a focus on selling “convenience” pre-made food items such as smashed avocado, tomato, feta and toast in smaller, metropolitan locations in a bid to capture time-poor, inner-city shoppers with deep pockets. 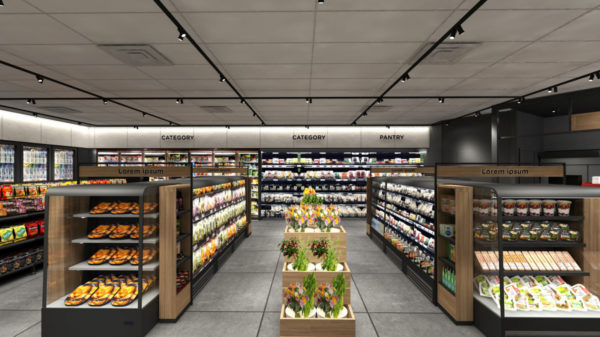 David Jones will roll out the range at 10 BP service stations in Sydney and Melbourne. Source: David Jones.

“All we are seeing is that DJs is doing the same thing, and it makes sense for their brand,” Dr Callaghan said.

While the partnership has the potential for success in affluent suburbs where consumers are willing to pay higher prices, developing “bespoke brands and products is expensive in itself”, Dr Callaghan warned.

“If that premium brand is really a rebadged generic brand, Australians will drop it like a cold potato.”

Declining sales and the rise of new online competitors has forced Australia’s once-mighty department stores into the fight of their lives — with only one expected to ultimately survive.

“The reality is with the infrastructure of cities it’s no longer convenient — in fact, it’s inconvenient — for customers to travel that far.

“There are lots of consumers that don’t go into areas where large retailers exist.”

David Jones’ South-Africa-based parent company recently announced it had written off $437 million from the brand’s value, leaving the iconic retailer with a valuation of $965 million — less than half the $2.2 billion it sold for in 2014.

NOW READ: Is retail in recession, or are department stores dead?