Dick Smith believes Amazon will deal “incredible damage” to Australian SMEs, but JB Hi-Fi is ready for a fight 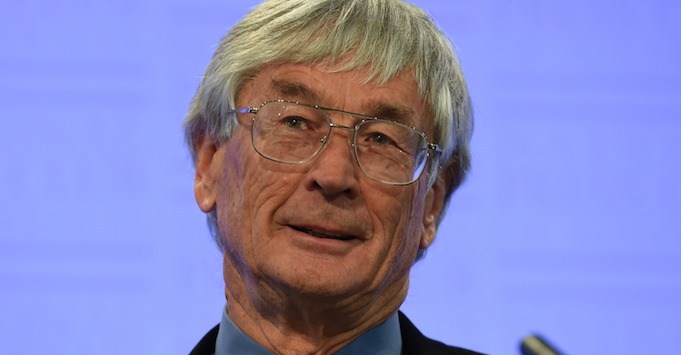 Prominent entrepreneur Dick Smith has hit out at the “ultimate greed” of Amazon, sounding a warning about the potential damage the retail giant could do to Australian SMEs when it arrives on Australian shores.

Businesspeople right across the country have differing views on the potential effects of the online retail monolith on Australian businesses, and Smith is just one of the high-profile businesspeople to weigh in during the past week.

Speaking to SmartCompany, Smith says while Amazon will make an “absolute fortune” here, the retailer will also deal “incredible damage” to small businesses.

“[Amazon will be] completely ruthless when it arrives. It will be like Walmart syndrome in the US, where a Walmart sets up on the edge of a small town, and within two years most of the SMEs in the town have shut down,” Smith says.

“It’s harder than ever for small business to succeed because of globalisation and enormously large companies such as Amazon coming here.

“[Amazon] wants to go around the world and make enormous amounts of money. It’s ultimate greed.”

These comments come as Smith is warning the business community that interest rates for small business loans could skyrocket to 27% again, saying Australia has an inequality problem and the country’s attitude to wealth accumulation was “all about who has the bigger dick”.

Smith also challenges Amazon’s claims it will employ thousands of Australians, saying even if the company did employ thousands, it would still be “far less” than local businesses, who he believes will struggle to compete against “ruthless multinationals” such as Amazon.

In conjunction with other multinationals that area already operating in Australia, including Aldi, Smith believes Amazon will “completely destroy retailing as we know it today”.

“Unless Coles and Woolies compete by slashing about half their staff, Amazon and Aldi will take over everyone because they will be so much cheaper,” Smith says.

Despite this prophesied death knell for Australian retail, the boss of electronics retailer JB Hi-Fi Richard Murray is preparing for war, with Fairfax reporting he said he’s ready for Amazon in the wake of JB Hi-Fi’s positive annual results.

The business increased its underlying net profit by 36% in the 2016-17 financial year, upping it to a total of $208 million. Additionally, JB Hi-Fi says it has locked in 6% sales growth, and a revenue increase of 42.3% to $5.63 billion, which Murray attributes to the November 2016 acquisition of The Good Guys, and ironically, the demise of Dick Smith Electronics.

Murray is projecting to increase sales and earnings by 20% in 2018 despite Amazon’s arrival, telling Fairfax he is looking to “future proof” the business.

“Amazon is very secretive about what they do and likewise we don’t share what we’re doing, but a lot of what we are doing is about delighting the customer, not about what competitors arriving in Australia will do,” Murray told Fairfax.

“If you delight the customers they’ll reward you with their shopping dollars.”

Analysts have previously suggested JB Hi-Fi will be one of the businesses hardest hit by Amazon’s arrival, reports Fairfax, slashing long-term earning forecasts by 40% for the business due to incoming pressure on the business.

The Herald Sun reports JB Hi-Fi had sent executives overseas to study the effect of Amazon on retail markets, with Murray saying the company had done a “tonne of work”.

“We’ve travelled globally to understand how retailers have competed, how markets have evolved, how (new) entries have rolled out,” he said.

“Anchored by our low cost of doing business, with a clear strategy around investing in the right areas, I’m comfortable with how we will compete.”

Amazon will only deal ‘incredible damage’ because so many Australian business people have dragged their feet, resisting and ignoring the Digital Revolution. Amazon is the big wake up call, digital media is now the dominant paradigm – wake up!

Any retailer selling commodities is in for a bucking bronco of a time. Invest in CRM, build relationships and loyalty programmes, and use data to truly get to know your customer, or the reality is you will not make it. Sad, but true!