Could Domino’s be shrinking pizza sizes? How to communicate bad news to customers 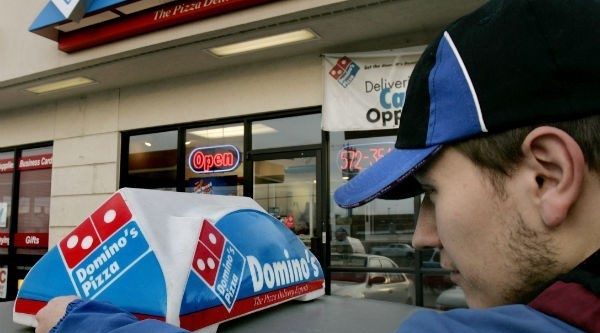 Australian pizza giant Domino’s should be prepared to face backlash, say experts, if it is looking to shrink the size of its pizzas as one analyst has suggested this week.

News.com.au reports Deutsche Bank analyst Michael Simotas has released a note claiming the pizza chain will be shrinking its pizzas in a cost-cutting exercise.

“We … understand Domino’s is planning to reduce the size of its pizzas to provide additional cost relief,” Mr Simotas said in a briefing note.

“Domino’s has already conducted trials on selling Pepsi products and is about to conduct trials on the smaller pizzas, but we see some risk to consumer perception from both of these initiatives.”

A risk to consumer perception would definitely be on the cards, believes communications expert at CP Communications Catriona Pollard, who tells SmartCompany Domino’s should know “there will be backlash” if the retailer were to diminish its dough.

“The idea they could deliver news like this and not have backlash from customers? It’s not going to happen,” Pollard says.

However, in a statement to SmartCompany, a Domino’s spokesperson said it was “unfortunate that the note today provides information on our menu development that has been taken out of context”. The company could not confirm or deny the claims it was planning to reduce pizza sizes.

“Domino’s development kitchen is working on an enhanced menu to cater for our customers’ diverse taste requirements, including new pizzas, sides and desserts. This follows the successful launch of our “Taste the Colour” menu last year, which customers welcomed,” the spokesperson said.

“We look forward to launching our new menu, and seasonal range, later this year, and are confident customers will enjoy both the quality and quantity of the menu offerings.”

This news comes at the same time as reports the company will be cutting its beverage distribution ties with Coca Cola Amatil, instead signing up with Pepsi/Schweppes. The company is also preparing to release its annual report in August.

If Domino’s were to shrink its product it would not be first brand to do so in recent times: Triangular chocolate brand Toblerone changed the shape of its product in 2016 with a range of new product sizes.

Doing so caused a colossal uproar from Toblerone-loving customers, and Pollard believes a similar thing would occur if Domino’s flaked on the flour, calling on the company to ensure it irons out how it communicates the change with customers.

“It all depends on how the brand delivers the news, and it’s really important to develop a strategy, as there could be a potentially negative brand consequence,” she says.

“For Domino’s, it would be about actually explaining why they’re making the change, and providing customers with more communication if they want them to understand and have some empathy.

“They may still not like the change, but at least they’ll understand why it’s happening.”

When communicating bad news, Pollard says it’s important for companies to focus on the good news and strong parts of their business.

“Along with the clear and consistent communication, brands have to make sure other areas of the business don’t change,” she says.

“Domino’s should focus on its customer service and delivery speeds, because if the situation escalates, the other areas of the business have to remain constant.”

no more 12″… thats going to be disruptive for the business.