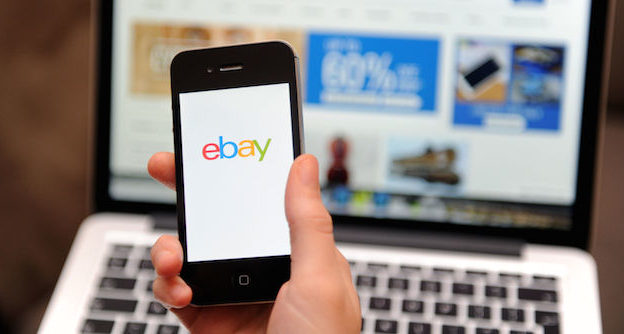 EBay has barred sellers from using Amazon’s fulfilment service, in an unprecedented new tactic to fend off the advances of the “sleeping giant” of Australian online retail.

Amazon’s fulfilment business — a service where warehouses stock and ship products on behalf of sellers — is an increasingly popular perk that is absent from eBay’s offering and a huge advantage to Amazon.

EBay Australia confirmed to The New Daily the ban is exclusive to Australia and has not been introduced in any other eBay marketplace.

So, for example, US sellers can safely use Amazon fulfilment to stock products sold by eBay, but sellers in Australia cannot.

This is the first indication of eBay directly fighting back against the newcomer.

When The New Daily contacted eBay Australia just six months ago, before Amazon’s local launch, managing director Tim MacKinnon had shown no signs of concern, claiming Amazon would “drive the pace of innovation” in online retail.

“Competition is healthy,” he said.

EBay dismissed any suggestion the ban was introduced to ward off Amazon, saying it was imposed to “limit confusion” for Australian consumers.

It argued it was not a ban but a “restriction” on third-party fulfilment.

“Our fulfilment policy was revised earlier this year to limit confusion among Australian buyers as to whom they purchased their items from, where their data has gone, and who to contact should they require customer service or seek to make a return,” a spokeswoman said.

It also admitted a seller’s visibility on eBay’s website would be “lowered” should a seller breach the policy.

“If you use Amazon fulfilment, you’re at risk of losing your search ranking on eBay,” he said.

“I’m not sure if eBay Australia is doing this, but their policy does indicate that they’re definitely willing to take action.”

EBay in the US was recently accused of manipulating search results for several listings, favouring sellers who do not engage in ‘dropshipping’ — the use of fulfilment with other marketplaces, including Amazon.

When The New Daily quizzed eBay on whether it was using ‘search throttling’ in its Australian marketplace, it offered some clues.

“The appearance or placement of listings in search and browse results depend on a variety of factors, including but not limited to sellers’ compliance with eBay policies and listing practices,” a spokeswoman said.

“Actions were recently taken against sellers because these sellers were not complying with eBay policies. We cannot go into specifics because that is confidential …”

“Changes to search algorithms and trust is ongoing and may impact Australian sellers from time to time.”

Why eBay is targeting Australia

“Overseas, there have been cases where a buyer orders a product from eBay and it shows up on their doorstep in an Amazon-branded box — this is a huge branding problem,” he said.

“This plants doubt in the buyer’s mind and it might prompt them to check out Amazon or question whether going directly to Amazon may be faster.

“This is eBay’s way of holding its ground in Australia. EBay is absolutely pre-emptively defending its patch.”

Kilmartin said the big question is whether the ban is a trial.

“I think they’ll be looking at how this is received by sellers to decide whether to introduce it in other markets,” he said.

“They’re dancing a fine line. They could risk pushing sellers away by being too restrictive.”

Amazon.com.au last month grew to 14,000 sellers, of which about 3000 already take advantage of its fulfilment warehouse. Amazon has a warehouse in Melbourne and will soon open a second site in Sydney.

But if buying from a third party seller via an Amazon ‘fulfilment’ arrangement, shipping charges can also be higher, which won’t become evident until checkout.

Why wouldn’t that be evident until checkout?

They only identify you as an overseas buyer at checkout and once they do so it all of a sudden is no longer “free shipping”.

When I visit the Amazon.com homepage, it says “You are on Amazon.com. Visit Amazon.com.au”.

When I visit a product page on Amazon.com, it tells me whether or not the item ships to my location in Australia. It also tells me how much the shipping and the ‘import fees deposit’ will cost me. I don’t need to go through checkout to find out this information. This applies to items sold by 3rd party sellers and fulfilled by Amazon.

So, I have no idea what you’re talking about… and I’m not sure you do, either!