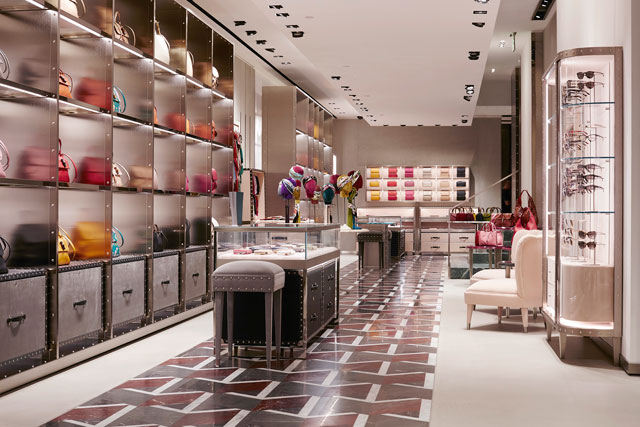 There’s a lot going on in the world of fashion retailing at the moment at an inflexion point not where online is meeting physical retailing; that “omnichannel” or  “phygital” blending has been playing out for almost two years now. No, it’s the three-way street where both are meeting a move back to high value, low volume, and classic quality, and away from low value, high volume fast fashion.

Gucci and Hermes are coming back to the fore as Primark and Zara slow. Online fashion sales are still strong, but slowing too. This is all at a time when the traditional luxury retailers are reinvesting in new designers, new lines, and new online and physical store layouts to showcase and reach their existing customers and woo new shoppers worldwide.

Oh, and 50 million Daigous, but that’s another story.

I experienced this in store and heard this trend first hand in Europe and Asia last month. High street fashion sector retail sales showed a slowing in overall volume and transactions, while there were rumours that the quality end of the market was showing signs of growth. It’s been a long time coming. The theory in the UK supporting it was that buying 15 skirts, 22 blouses, 10 dresses, 16 pairs of pants and six pairs of shorts A YEAR is no longer high on a female shopper’s list.

They don’t have any more wardrobe space at home, and the 10,000 high street charity shops now carry as much second hand Primark clothing as there is new in the 290 Primark stores. Female shoppers would now rather save up and buy a smaller number of classic and recognisable fashion house items.

Thirty years ago, when I was 22, I walked into a Gucci store in Venice. I was young with no mortgage and with my girlfriend on holiday. So I thought big and bought a Gucci tie and a Gucci belt. In Italian lira. It was 97 million lira or something equally incomprehensible, which I thought was about $US100. It was big money for me then.

In 1986 dollars my tie and belt cost about $US810 in today’s money. However, those two items today will cost less than $US500. Not cheap, but outstanding design, quality and much better value. But still that’s a lot. Was it a waste of money? Well, I have to say whenever I wore that belt or tie people did notice. Plus I threw away the tie only two years ago, and my 27-year-old daughter still wears my “classic” Gucci belt as an accessory. It’s three years older than her.

Back to the retail shift. The feel is that there is a move back to longer lasting quality flowing through the fashion industry; shoppers buying a smaller number of high value classic items for their wardrobes.

If so, it will undermine the fabric of pure online, which is based upon range, price and speed of delivery. Think The Iconic. It also flies in the face of high volume cheap $5 dresses in the high street. Think Primark. The thing about this shift is that it’s not just the value of sales will drop a bit, but that the huge volume drop will hollow out cost efficiencies for the volume players.

And that will truly kill their profitability – for those that have any.

Over at Gucci new designer Alessandro Michele has breathed new life back into the brand. I heard proud staff tell me the new Gucci store format was coming to their store in Galleria Vittori Emanuele in Milan.

So will it work? Gucci’s new chief executive Marco Bizzarri says: “The new store design is one of the key ways in which we are communicating Gucci’s new identity. The new contemporary vision for the brand is now clearly beginning to come to life across multiple touch-points – Alessandro’s new collections, new advertising campaigns, new store windows, new packaging and now a brand new store concept.”

Oh, and online worldwide, all day every day. Omnichannel I think it’s called.

But what of the Daigous – do they like the product and new store formats? Well the nice Chinese shopper with the Apple iPhone was busy Facetiming her clients back in China as she bought the 12 Gucci handbags and dropped 18,000 euros at the till. I guess she does.