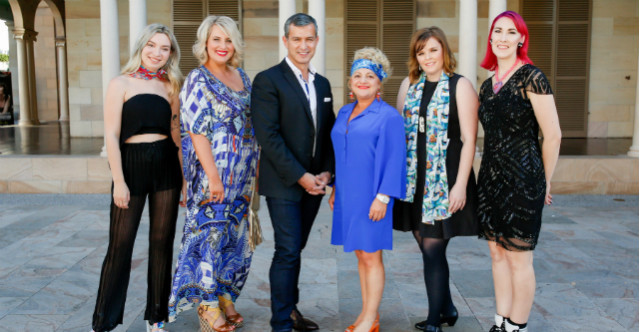 Zahra will be the global creative catalyst of Australia’s only creative-focused accelerator and startup hub.

“This is quite an inspiring place to be,” Zahra tells StartupSmart.

“I’ve only just got my feet under the desk.”

With Australian designers often taking as long as a decade to build reputable brands, Zahra says he wants to help startups accelerate through this process.

With a retail career spanning over three decades, Zahra has led the digital transformation of one of the world’s oldest department stores and has been an advocate for workplace diversity.

“When I left David Jones, I did a lot of coaching and mentoring of startups,” he says.

Zahra says he wants to play an instrumental role in driving innovation across Australia’s fashion and creative industries.

“Growth is becoming more difficult with the globalisation of retail, it puts our economy at risk,” he says

“We hear more and more about Australian designers closing their doors,” he says.

Zahra says CEA can help turn this around.

“CEA is unique in nurturing and accelerating the design space,” he says.

“Most of my work will be around shining a spotlight on the work that CEA does.”

Zahra will also connect directly with entrepreneurs on the ground, sharing “big business” wisdom to help them turn vision into reality.

He says he’ll share his knowledge of market trends and global shifts that Australia’s creative entrepreneurs should take notice of, and one of these is the rise of conscious consumers.

“There’s an overwhelming [expectation] from a social level on how products are getting made, the supply-chain is really important and often startup designers don’t think that through,” Zahra says.

“Hearing horror stories of what’s happening in factories in places like Pakistan [means] people want to know how their products are made.”

Zahra will continue to actively participate at various CEA events including its upcoming ‘Demo Day’ showcase and the Creative expo.

He also judged its recent hackathon and says he was more than impressed by the pitches.

“One designer focused specifically on Indigenous design,” he says.

“There’s been very little done in that space.

“There was another designer that focuses on lounge wear – that hybrid between bed to coffee to lunch – with the rise of the freelancer market and more people working flexible hours, how do you dress that individual?

“It’s mind-blowing from a market perspective.”

Zahra’s entry into CEA follows the the recent addition of venture capitalist Atlanta Daniel as its official startup advocate.

These strategic appointments are a deliberate effort by CEA to connect budding entrepreneurs in the sector with industry greats to help Australia accelerate the growth of its creative economy, CEA chief executive Anna Rook says.

“Our mission at CEA is to continue to support and develop those startups in the creative-tech space, assisting them to gain access to funds and mentors,” Rooke says.

“Paul’s reputation and support for Australian fashion designers in particular will undoubtedly boost our work here, which in turn will pay dividends for the Australian economy.”