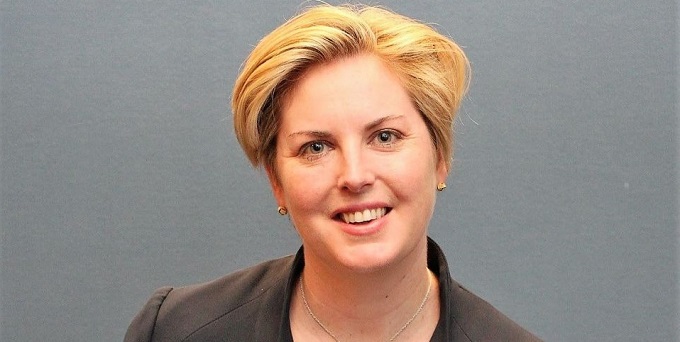 The Franchise Council of Australia (FCA) has a serious case to answer in the wake of yesterday’s damning Senate report into the franchising sector.

Identifying dozens of systemic failures across the $180 billion industry, the Senate committee report yesterday put a ring around years of exploitation in franchising but the revelations contained within aren’t news to business owners.

There have been numerous probes into the sector over the years, all of which have failed to tackle many of the issues the latest committee has raised.

Over that period the FCA, the “peak body” for the industry with considerable influence over everything from education to policy development, has allegedly failed to fairly represent franchisees.

That was the conclusion reached by the committee which, in a way predecessor probes have not, tied the FCA to the “manifest failure” of current franchising rules.

“The FCA has influenced the development of the current regulatory arrangements to benefit the interests of franchisors and potentially to the detriment of franchisees,” it said.

The FCA, even in light of the committee findings, continues to claim it represents franchisees.

But as was laid bare over the course of the inquiry, it last year admitted it had only two franchisee members compared to the 483 franchisors on its books.

This imbalance did not go unnoticed by the committee, which dedicated an entire chapter of its report to industry associations, laying into the FCA over allegations of franchisor bias.

“In effect, the FCA is captive to the interests of franchisors,” it said.

Throughout the course of the inquiry, the FCA maintained it supported the work being undertaken, but also opposed a series of recommendations from the ACCC, including a proposal to introduce much tougher penalties for wrongdoing.

The body even suggested franchisors could circumvent tougher penalties (which it opposed) by increasing upfront fees for franchisees, a submission which was viewed dimly by the committee.

“The committee is concerned to hear such things being discussed by the FCA which claims to represent the industry as a whole. This suggests that vigilant, ongoing oversight of the franchising industry is required,” it said.

Extraordinarily, the FCA opted not to directly address the alleged role it has played in creating the status quo in franchising yesterday.

Its short media statement on the report claimed it is committed to the “mutual success” of franchisees and franchisors and that it is “addressing some of the concerns” raised by the inquiry.

Instead, the body pointed to the creation of a “Franchise Advisory Council” which was launched only recently to improve engagement with franchisees.

The council has no decision making power over the FCA and can only make recommendations to the association, which has no franchisee members on its board.

Responding to the committee allegations specifically, FCA chief executive Mary Aldred said the body has “taken a number of steps” in the last six months to improve franchisee engagement.

“We’ve listened carefully to the issues raised through the process of the inquiry and taken onboard the feedback,” she tells SmartCompany.

Asked whether it is appropriate for a body which claims to represent franchisees to have none on its board, Aldred said she doesn’t get to decide who is elected to lead the body.

Fee-paying members, who are overwhelmingly franchisors, elect the FCA’s board.

Aldred says she would like to see more franchisees on the board, but declined to say whether she thought the FCA’s current governance composition was appropriate.

“I don’t get to decide who sits on the board,” Aldred says.

“The important point is we are trying to encourage strategic input,” she says.

The FCA has been scrambling to improve its market perception in recent months after Aldred replaced predecessor Bruce Billson last year.

Billson continually argued Australia had the “most comprehensive” franchising regulation in the world in the wake of Adele Ferguson’s report into franchisee abuse in 2017.

While the FCA publicly supported the inquiry, Billson had suggested the Australian small business ombudsman would be “best placed” to conduct the probe.

Brumby’s Bakery founder Michael Sherlock, who sold his business to RFG in 2007, has been a longstanding critic of the organisation and yesterday said the committee has vindicated his view.

“It’s been hijacked by lawyers and consultants and they like complexity,” Sherlock tells SmartCompany.

“There has been a loss of confidence in the FCA out there for a long time.”

A host of submissions to the inquiry suggested a new body, which specifically represents franchisees, should be set up.

“Many of the problems considered in this report, including the unbalanced regulatory framework, are at least partially a result of a lack of effective representation of franchisee views,” the committee said.

“The committee, therefore, considers it important that the relevant government departments and agencies are keenly aware of the risk that the policy and regulatory debate can be easily captured by franchisors and their representatives.”

Aldred said the FCA would be happy to work with any newly created stakeholder bodies.

I took my business (The Franchise Shop) out of the Franchise Council last year for a number of reasons including:
1. Cost. Consulting firms are charged high fees to be members.
2. Ineffectiveness of the FCA. Too many state and national Council members have run for office for the benefits it will bring their business or their careers, rather than the long term benefit of the industry.
3. Poor structure. When the FCA voted to admit franchisee members I said then publicly it cannot work. It is not possible to be the peak body for both sides of what is a relationship which at times must have tension. The ACTU could not suddenly admit employers for example.
4.Leadership. The leadership of the FCA has at times been poor, and patchy in quality at best.