Tipping in: Why Ritchies supermarket boss Fred Harrison thinks all businesses should be forced to donate to charities

As I walk into the office of Ritchies Supermarkets’ chief executive Fred Harrison I’ve got some pretty lofty expectations.

A two-hour journey from Melbourne’s CBD to Carrum Downs under my belt, I’m hopeful he’s about to say something you don’t usually hear from a supermarket boss.

I wasn’t disappointed: what Harrison is about to say is something you don’t typically hear coming out the mouth of anyone in business, really ever.

Handshakes and introductions sorted, we get down to brass tacks.

“Every business … I believe,” Harrison starts (and queue suspense).

“Every business should be donating a percentage of their sales to a charitable organisation.”

“Ultimately, you’re making the community a better place,” he continues.

“We seem to be focused on coming to the rescue in times of crisis, but how about we start putting some money aside and become winners by having people living in a far better society?”

Some quick context: Harrison is somewhat of a veteran in the retail industry. With a career in supermarkets that started 45 years ago as a 16-year-old trolley boy, he’s been around the block and back, and it’s with that breadth of experience he’s formed a message for Prime Minister Scott Morrison.

The crux? Australian businesses could be better corporate citizens — much better — and if that means new laws mandating charitable participation for all companies, so be it.

“If we, as businesses, were investing more back into our local communities, that would make our areas richer and it would come right back,” Harrison explains. 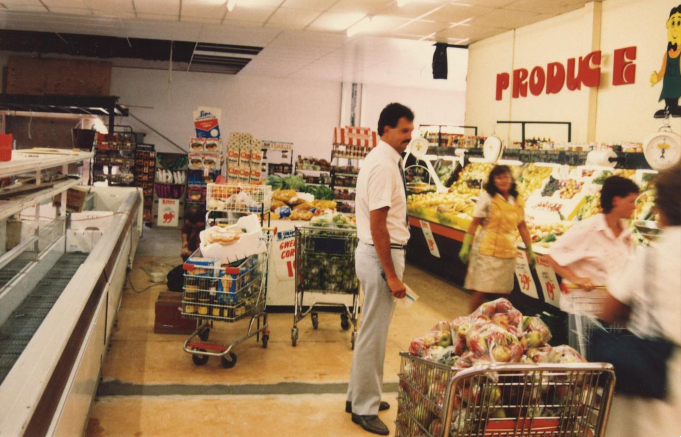 A much younger Fred Harrison running a very different kind of supermarket. Circa 1990s. Source: supplied.

As promised, it’s not your typical line from a supermarket boss, least of all in Australia, where Ritchies’ competitors haven’t exactly showered themselves in glory as late.

Woolworths recently finished sweeping up after a $600 million wage theft scandal, while Coles has been fined $4 million for promising to divert milk proceeds to struggling farmers, but pocketing the proceeds instead.

And as with all lofty policy suggestions, Harrison’s begs some fairly important questions. Why not just increase corporate taxes? Are charities the best vehicle for community enrichment? Can anyone really afford that?

But we’re speaking in the wake of one of the worst natural disasters Australia has ever experienced, a bushfire crisis that’s still ongoing to this day, and one that will affect Harrison’s life, professionally and personally, for years to come.

“We’ve been severely impacted by the bushfires, all our stores have been affected … our sales have tanked to a fair degree.”

As Harrison sees it, for a country as big as Australia to maintain its high standards of living with such a small population, any real attempt to tackle structural inequality, nevertheless support for disaster-affected communities, starts with Australia’s private sector tipping more into the bucket.

Putting his money where his mouth is, so to speak, Harrison is keen to talk up Ritchies’ rather unique loyalty program, which doesn’t assign points to consumers but contributes a portion of spending to a charitable organisation of their choice.

Since the program started in the mid 1990s, Harrison says Ritchies has donated about $50 million to charity through the program.

But times are changing at the independent supermarket chain, which has about 78 stores across the country and books more than $1 billion in turnover annually.

After a hard-disk failure prompted a need to revamp its community program, Harrison is preparing to relaunch the scheme to give it a new lease on life.

A new mobile app is being developed to accompany the revised scheme, which the business hopes will be rolled out in coming months.

“If we want high standards of living, someone is going to have to pay for it … and business can do more,” Harrison says.

Getting with the times is somewhat of a theme for our interview; independent supermarkets have had to make more adjustments than most over the last decade as the demand profile of Australia’s supermarket customers changes, more rapidly than ever before.

Ritchies turns 150 this year, but long gone are the days when a dusty old supermarket down the road would suffice as the grocery store serving an entire area.

“Standards have been raised, the public now expect more pleasant supermarkets and we’re required to upgrade our supermarkets much more than we did 20 years ago,” Harrison says.

Things are no different for Coles, Woolworths or Aldi, except those businesses have much bigger war chests to dig into, which means Harrison has to be prudent, and creative.

“Independents should be able to do a better job than the majors at catering to their own markets, but there’s a fair financial commitment with that.

“There has long been concern within independent networks about return on investment.

“You need the confidence that if you’re going to pour millions of dollars into a store, it’s going to come back in some form,” Harrison explains.

“We need to manage our network responsibly.”

More recently, responsible network management has meant balancing a need for investment in stores falling behind the curve with an element of network rationalisation.

In other words, within the world of modern retail, if a store just isn’t working, it’s got to go.

“In some instances we’ve been closing stores,” Harrison says.

“If we feel the lease is coming to an end and we cant justify the capital expenditure to bring the store up to standard, or we don’t think we’re going to get a significant enough sales increase, then we’ll exit.

“It’s not a great option, but you can’t just let stores wallow anymore … ultimately you have to make a decision.”

The age-old topic of supermarket prices come up, and it’s not long before Harrison is pointing out just how much of his day is occupied wrestling with the topic.

“There are always these customer surveys floating around claiming price is ranked number seven [as a preference],” Harrison says.

“That’s bullshit … just as we are in business, people are out there to be responsible and get the best outcome for their families.

“If they can’t buy consistently cheaper, they’ll find other outlets.”

The entry of German supermarket giant Aldi into the Australian market almost two decades ago kicked off a chain reaction in the supermarket sector still being felt to this day.

“Consumers have never had it better,” Harrison explains. 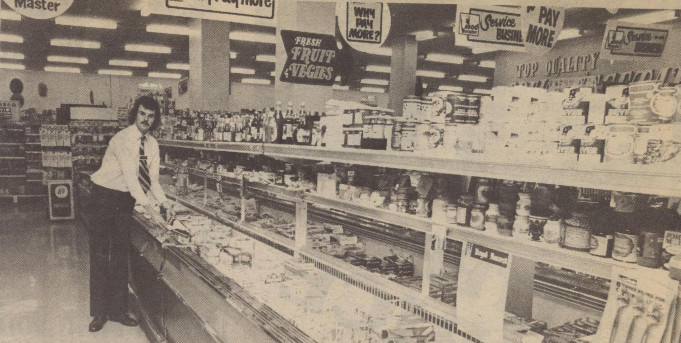 But while the supermarket boss says margins have continued to compress as recently as the last 12 months, he sees a change in step on the horizon.

“The noise out of all players over the last three to four months is starting to tell us that this probably isn’t that sustainable.

“We’re making it too tight, things are too cheap.”

For Ritchies, which works hard on delivering a low cost of goods with supply partner Metcash, finding ways to deliver more value to customers requires a bit of creativity.

For instance, there’s a need to match the likes of Coles and Woolies on product lines such as milk, bread and cheese.

But if local supermarkets can blend their ranges properly, introducing exclusive lines not available at other outlets in their areas, Harrison argues there’s room to make up ground.

“It remains our toughest challenge,” Harrison says. “You can’t be greedy in supermarkets.”

Harrison’s vision for a slimmed down, modernised Ritchies network is being borne out across the company’s stores Australia wide, with self-service checkouts being installed at about a quarter of locations, and new ovens and refrigeration systems at others.

But the supermarket boss isn’t in the mind he can catch up with the major chains, so to speak.

Instead, Harrison says Ritchies’ modernisation plans, which come as the chain celebrates its 150th birthday this year, are about embracing a point of difference: namely convenience.

“Don’t get me wrong, I’d love the majority of $250 shops to be happening at Ritchies,” he says.

“But the reality of the day is, the majority of the IGA stores winning at the moment are doing so in that convenience area”. 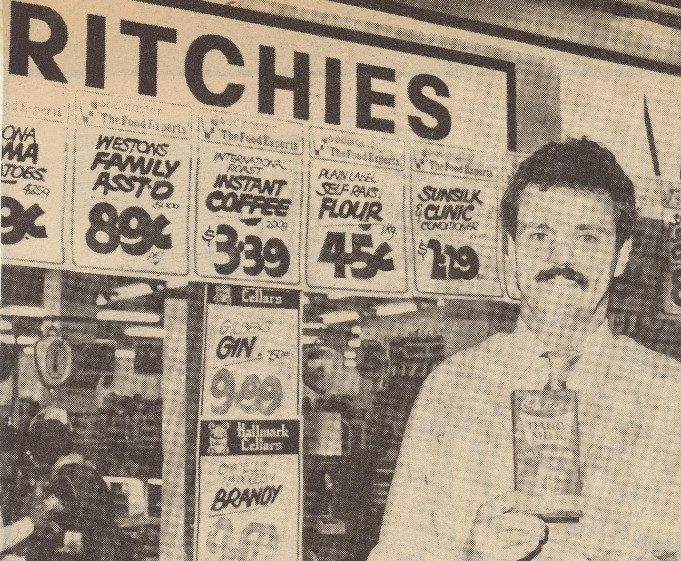 “As shoppers visit more they’re spending less per transaction, and that suits independents down to the ground.

That, above all else, underpins Harrison’s optimism that Ritchies and other independent supermarkets aren’t going anywhere.

There’s always going to be a need for a solid corner-store style grocer that can offer high quality fresh food and localised ranging — it’s just about prudently modernising the experience over time.

“We will be here for the next 150 years,” the supermarket boss predicts.