From factory to front of house: How brands become successful retailers

Everybody ends up in retail.

I was talking to a 20-year retail professional who had been posted to Hawaii from California a few weeks ago. Tough life – some people are touched at birth with the lucky stick! She had been drafted to work alongside a third generation coffee grower and roaster, the granddaughter of the founder, to help this huge coffee grower and manufacturer launch into retail. Not as a whim, but as an extension of their hugely successful “grow, roast, pack & sell” business strategy. A strategy that has seen them, over 37 years, become the biggest own-brand supplier of high quality coffee to retailers in the US, including Costco. And Costco has built the world’s largest retail own-brand in Kirkland. So when you’re enjoying your Kirkland Signature coffee bought from Costco in Sydney or Melbourne, it’s come from the Rogers Family in Sacramento, California. 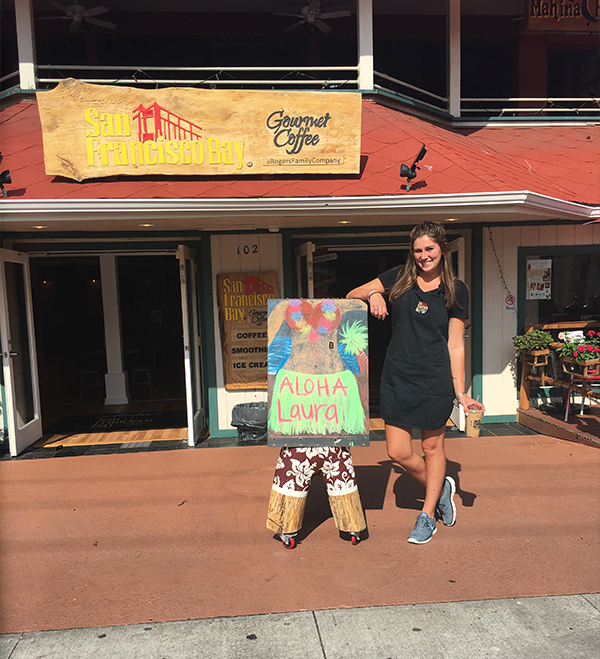 Now the journey into retail from factory is one that is sometimes long and sometimes short. But eventually most major producers of branded products, whether for others or for themselves, try retail. To be clear, this isn’t the journey from start-up as a retailer. This is a manufacturer of branded product successfully growing via selling into other retailers then deciding to open retail stores themselves. Sometimes it’s a huge success and most of the time it’s a not.

The “factory to retail” success category includes a majority of the high-end cosmetics industry. Just walk any high-end department store or duty-free outlet in the world and see how well the cosmetic brands are presented. The same is true of luxury brands such as Hermes and Cartier. Nestle with Nespresso is also near the top and Nike and Disney are somewhere in the middle.

The bottom end tends to be driven by hugely impressive but loss-making mega show stores. M&M, Sony and Microsoft are in this category. Some are just memories – such as Darryl Lea. The “work in progress” now includes pure online retailers setting up stores. At the top of this online-to-bricks “watch list” is Amazon. However, at the very pinnacle of success from factory to retail is Apple, as measured by … well, whatever metric you like really.

So why do so many factory owners move into retail? The reasons are many. Perceived greater control of their brand. Closer relationships with and learnings from talking with your shoppers every day. Less aggressive relationships with retailers in the buying office. Oh and ego. “I’ve been a success selling into retail, ergo I can be a more successful retailer than my retail customers”. This last one delivers short term investment, deep losses with long lasting and unhappy memories. Retail is a calling. Like a career in the military, medicine and religion, it can’t just be happened upon.

So back to a balmy 28 Centigrade/ 73 Fahrenheit day in Kailua Kona on Hawaii’s big island. I spent a good deal of time browsing, watching shoppers and staff, ordering and sipping before I spoke with the manager. Great team, great store ambience and a very chilled shopper experience – theatrical almost with the retro drip coffee and cups. Well Kona was almost the generic name for coffee in the US before the advent of the espresso style. Lots of coffee sacks and wooden cases and a scaled Bay bridge on the back wall.

My take as I left was that all the parts were in place to make this a GOOD coffee shop. But as a late entrant it needed something extra to make it GREAT; remarkably different and a place I want to call my regular. It is a BIG lease space to fill with coffee. It needs something more than just coffee. A barber in one corner.  A nail bar in the other corner. Male and female shopper services that sit comfortably within a large place of relaxation.

Almost all of the truly engaging retail spaces I’ve experience over the past 18 months have been multi-retail. Motorbike stores with bars and BBQ restaurants. Clothing stores with custom surfboard workshops in them. Almost every department store in the world introducing services back into their big stores.

I hope the San Francisco Bay Coffee company grows and succeeds. I hope so because I believe the owners, the Rogers family, have gone into retail for a reason I didn’t mention earlier. The one that allowed Apple to grow to be the best retailer in the world: because they’ve loved their product for decades.