All overseas parcels could attract a new $5 tax under government plan: Will it help local retailers? 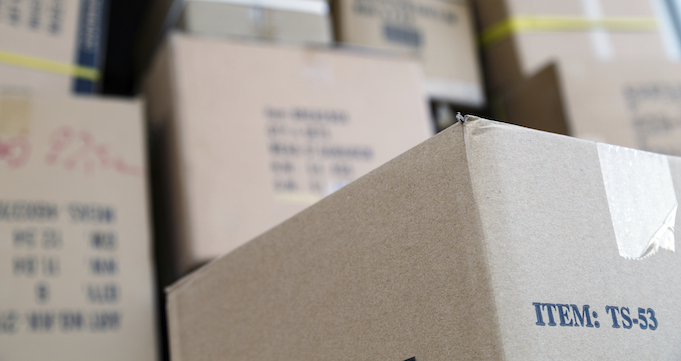 The Department of Home Affairs is reportedly considering placing a $5 tax on every low-value parcel that comes into Australia, but one independent Australian e-commerce founder says he’ll believe it when he sees it.

Fairfax reports it has seen a discussion paper from the department about the idea, which would aim to address the bio-security costs associated with the influx of low-value parcels from abroad that have emerged over the past few years as Australians embraced online shopping.

“This has created increasing inequity and cross-subsidisation, where importers of high value consignments are paying for the border activities attributable to other users,” the discussion paper said, according to Fairfax.

The policy idea would involve a flat $5 fee being placed on all parcels worth less than $1000, capturing items like beauty items and clothing. The fees would then cover the cost of necessary bio-security screenings for goods coming into Australia.

The Department of Home Affairs has not confirmed the policy is on the table, and did not respond to requests for comment from SmartCompany prior to publication.

The suggestion of the fee comes as the government continues consultation on which party will soon be responsible for collecting the GST on low-value parcels from overseas.

The federal parliament passed legislation last year that means online purchases sent from overseas worth $1000 or less will incur a GST liability from July 1 this year. After years of debate on the policy, the conversation has turned to how, exactly, it will be implemented, with Australia Post and big retailers both arguing that the other party should be responsible for collection of the tax.

Founder of local e-commerce business Yellow Octopus, Derek Sheen, says the idea of taxing overseas parcels would be appealing to local retailers because it could encourage more Australians to buy online from local providers to avoid being slugged extra fees.

“For us, because we are shipping locally, this would be great. It would reduce that competition from overseas,” Sheen says.

However, he isn’t holding his breath that such a plan would ever eventuate, given the challenges with collecting a levy as small as $5 a parcel.

“It’s going to be so costly to collect all that money — so to be perfectly honest, I don’t think it would every come into existence,” he says.

Sheen has watched the discussion about whether the GST should be applied to low-value online purchases from overseas vendors for years, and says the snail’s pace of progress for that policy indicates it’s hard to change anything in the parcel delivery space.

“They’ve spoken for so, so long, about the GST on those small values,” he says.

With that policy finally being legislated, Sheen says the most important thing is that the government actually gets it up and running by making a call on who will collect the tax from July.

“The taxing of all parcels coming in [to Australia] with the GST, that’s really what would be great for us — it will level the playing field,” he says.

Will I shop online with the added $5.00 tax plus the already existing postage? NO.
Will this drive me to shop locally (Australia) instead? NO.
More often than not, the retail markup of products in Australia is excessive which is why I looked to shop when overseas or shop online in overseas stores. I will go without rather than pay the marked up prices. Will shop when travelling….. fortunate to have that choice I know……but as stated, will also go without. If Australian retail want to be competitive and increase turnover then lower the markup.

No problems lowering the markup, but we will need to lower the wages and cut the employee benefits to make it fit.
You can’t expect US pricing whilst still maintaining Australian wages and standards.

What employee benefits? Businesses in the US have to cover their employees for heath care. Aussie retailers don’ even come close to carrying any costs like that.

If adding 10% GST doesn’t level the playing field then nothing will. As it is, it is incredible that you can buy something overseas and pay for it to be shipped half way around the world and have something that is less expensive by 5% or more than if you walked into a local retailer in Australia where no shipping is involved. Right there, there is an indication of a structural problem in in retail/wholesale pricing in Australia. Retail is unviable in Australia because (a) landlords here charge exorbitant rents, effectively confiscating most of a small retailer’s possible profit, and (b) onshore wholesalers and exclusive distributors sell to downstream retailers at what is a retail markup in other places in the world. So when our retailers try to add a normal retail markup they are way over what people are willing to pay for an item.

Adding another opportunity for the govt to reach into people’s wallets instead of seeing market realities force a restructuring of our retail industry to make it competitive enough to survive into the future is of no help to anyone but the bureaucrats. And there are obviously WAAAAY too many of them if they can sit around and think of ridiculous maneuvers like this one.

Quite frankly, the govt is going to collect GST after July 1 on all purchases overseas, certainly part of THAT money should cover any biosecurity costs.

Another $5 per parcel is just stupid.. After all, it is not like any of these smaller items or low cost components are MANUFACTURED in Australia and could be obtained here. We don’t make anything. We just let big corporations pay almost nothing to dig valuable stuff out of the ground and sell it on to other countries at teeny tiny raw material margins. Oh, I guess we do also throw shrimp on the barbie…

So if they are going to charge $5 per package to cover bio security costs, then they need to charge about $50 for every tourist passing through Customs and Border Control. See what that does to tourism.

May the god of common sense rain soon on Canberra – it is sorely needed as there has been a drought of rational thought for a very long time.

I agree with a lot what you say here.
The finger does need to be squarely pointed at an antiquated wholesale to retail model.
My industry has been a closed shop “old Boys” club of fat wholesale margins, long lunches and lazy reps.
Unfortunately they have a stranglehold on most of the big name brands, so retailers have to just “suck it up”.

The tariffs put in place to protect “local manufacturers” have only added to the retail burden as they are not collected on LVT goods, thus making the same items up to 40% dearer in stores.

In saying that though employee benefits such as:
A realistic basic wage, paid maternity leave and paid holidays (Most American’s can’t grasp the fact that Australians get 4 weeks paid leave with HOLIDAY LOADING!) all make doing business in Australia much more difficult.

As an importer myself, I get slugged with a $50 customs inspection fee on many shipments irrespective of their value.
I also have to pay Tariffs and duties, some of which are 25%.
As the saying goes, If this is good for the goose, it’s good for the gander.

If “consumers” want to be “importers” and buy from overseas they need to play by the same rules.
Why should legitimate businesses have to carry the burden of all the “bedroom entrepreneurs”?

The government wants more fuckin money . Any excuse used. What happened to coalition not being as tax happy as labour?

Not a criticism as such, but an observation. Many criticised Trump on his tariffs on steel and aluminium. Wonder whether many Australians will criticise this ‘tariff’ er, I mean, tax.?

I purchased an item from an Australian on line retailer with a .com.au web address, Stating they use Australia post and with all the ‘if your package is delayed it is Austalia posts fault’ and so on. They have an address in Qld and a returns p.o box in Qld. They posted my package from Denmark.