“Risky strategy”: Why burger chain Grill’d has ditched meat for one day only 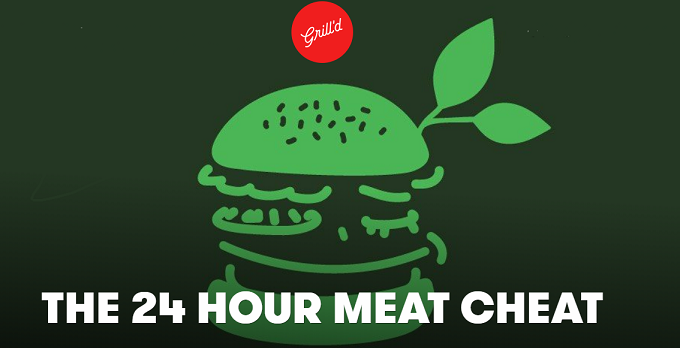 Grill'd has gone meat-free for a day.

Fast-food chain Grill’d has ripped meat out of its menu today in a bid to get on the front-foot with a growing number of vegan and vegetarian customers in Australia.

The business will be meat-free for the entirety of Monday, April 15 across its 137 stores nationwide in partnership with plant-based meat-substitute business Beyond Burgers.

“We’ve noticed a shift in the way our guests are ordering. We’ve seen a 10% increase in orders for our plant-based burgers,” the business said.

“We’ve listened to feedback, had insightful conversations and noticed this trend stretch further than our own restaurant doors.”

“We genuinely believe plant-based alternatives will form a huge part of the future of burgers, especially with our new menu selection of Beyond Burgers that taste just like beef,” he said in a statement circulated over the weekend.

Crowe has form in this area, previously announcing his business would make 50% of its menu plant-based by 2020.

Grill’d is not the only fast-food retailer jumping on the trend either, with Hungry Jacks and Schnitz also recently adding plant-based options to their menus.

Of course, it all follows the success of Lord of the Fries, which has an entirely plant-based menu.

There’s undeniable interest in plant-based substitutes, so it’s not surprising to see businesses moving with the tides.

Demand for plant-based meat substitutes has exploded in recent years as numbers of vegan and vegetarian consumers has increased, according to IBISWorld data.

“The quality of these products is also increasing at a rapid pace, with plant-based alternatives to meat and dairy foods continuously being launched,” IBISWorld senior industry analyst James Caldwell says.

“This is a strategy to connect with a new market, which are vegans,” Mortimer says.

Mortimer says its likely more QSR businesses will jump on the plant-based train in the coming years.

“Where in the past we had vegetarian options we’ll see QSR’s move to vegan options,” he says.

“I don’t think we’ll see a repeat of full-day no meat sales … it does isolate a majority of their market.”

It’s all bad news for traditional industries though.

“This surging demand for plant-based alternatives represents a growing threat to local demand for meat and dairy products, which will, in turn, affect the long-term viability of the Australian meat-processing industry,” Caldwell explains.

There’s not a lot of great data on vegetarianism in Australia, but 2016 research by Roy Morgan found more than two million people identify as vegetarians, up sharply from 2012.

Researchers found those living in inner city and urban areas are driving the trend.

Further, according to Euromonitor research from last year, Australia and New Zealand are the first and third fastest growing vegan markets in the world, respectively.

Internationally, the rise of vegetarian and vegan consumers is driving strong growth in meat-alternative industries.

Last month APB, one of the largest meat processors in the UK, announced it was launching a plant-based meat alternative, citing changing market conditions.

NOW READ: Should your business use UberEats? All the pros, cons and costs explained

NOW READ: This Fitzroy business says it’s breaking up with Uber Eats after the platform said “the weather” could be limiting its deliveries

Could be onto something with this. I remember enjoying the Hungry Jacks Vegeburger. It was big, with generous tasty filling, and you didn’t need to buy two of them.

Nah…..If this is the way this Burger chain is going I will look for an alternative. Burgers are about meat products. Two all veggie or tofu burgers, lettuce cheese, onions on a sesame seed bun……Nah just does not sound right……I ask all beef eaters to fight back on this rise to change our eating habits by vegans. If they want to be vegan let them be vegan. Don’t push your habits onto me thanks. I enjoy being a Omnivore.

It’s a nice little stunt. Vegan burgers aren’t for me either, but Grill’d have always looked at doing things differently. Also Mondays are quiet for most takeaway places, and traditionally a day many fish’n’chips shops are closed. I walked past an inner city Melb Grill’d yesterday and it was packed so looks like people were curious. You can order what you like, Shawn. Nobody’s stopping you.