Inside Decathlon, the new sports retailer in Australia that’s ‘like Aldi, Ikea, Amazon and Bunnings’

And the brains behind Decathlon’s Australian operation has urged sports fans to visit the brand’s first store Down Under for a “really different experience” he is sure they will love.

The French company — the world’s biggest sporting goods retailer with over 1100 stores in more than 30 nations — launched an online presence in Australia last year and have this week opened the doors to its first store in the country, in Tempe, Sydney.

Decathlon, seen as a major competitor to Rebel Sport, hopes its three key points of difference will resonate with Aussie consumers, who spend more than $4 billion a year on sporting equipment.

Central to Decathlon’s strategy is price and the company’s Australian chief executive Olivier Robinet said it will make “sport more accessible” to millions of Australians.

“We know that things are expensive these days – life is expensive,” Robinet told The New Daily.

“Aussies are the most sporty people in the world but sometimes it is too expensive.

“If a pair of Adidas shoes are $200, that is not so easy for people to afford. 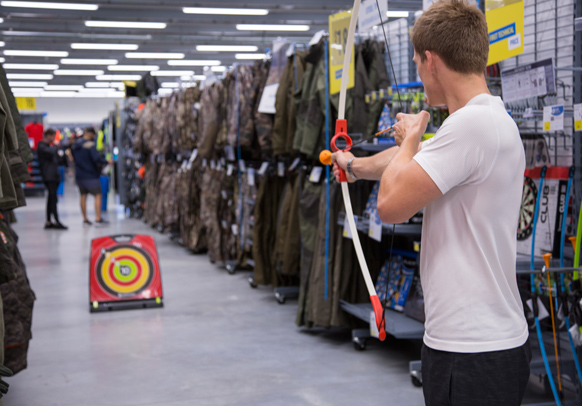 “But our price philosophy is like Aldi because we sell as cheap as we can. We have an integrated model like Ikea.

“We sell online like Amazon and our staff are like the ones at Bunnings in that they are very helpful.

“But we are Decathlon. And we are different.”

Decathlon will not sell big brands like Adidas and Nike, instead selling up to 70 of its own brands, and hopes that, like Aldi, consumers will get used to it over time.

The two other major points of difference are Decathlon’s store layouts and its try-before-you-buy policy.

One look at the company’s Sydney warehouse will excite sports fans.

Outside, there are basketball courts and football pitches for consumers to not only try clothes and equipment, but also play, while inside they can try their hand at table tennis and archery, ride bikes and scooters and even use water tanks to try on diving masks.

“We try to help people try everything in the store,” Robinet said.

“The facilities are for people to try products but also to come down and have fun. 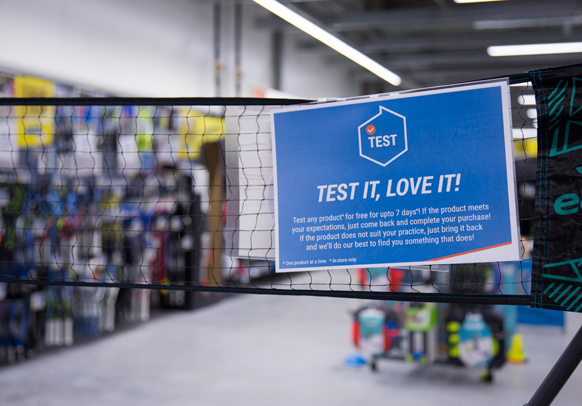 Don’t like what you buy? No problem. Source: The New Daily

“We try to open only stores like this but of course, to try a mountain bike properly, you have to take it out of the store and take it to the park. We let people do that.”

Decathlon — which will employ 60 people at the Tempe store and hopes to add “two or three” more stores in 2018, starting in Melbourne — allows consumers to test products without paying.

“We are so sure of our quality we do this,” Robinet said.

“You can buy a product or if you want to test it, you can, for a week, and then come back to buy it or give it back.”

Bernie, a 23-year-old painter, entered the store as a “secret shopper” on Wednesday and said it was an “exciting” experience.

“I got to try all the gear I wanted. It’s a massive complex and there’s a lot of products,” he told The New Daily.

“There were staff at every single corner and they were pretty helpful, like the ones at Bunnings, and they had signs up comparing prices to competitors and also consumer reviews of products.” 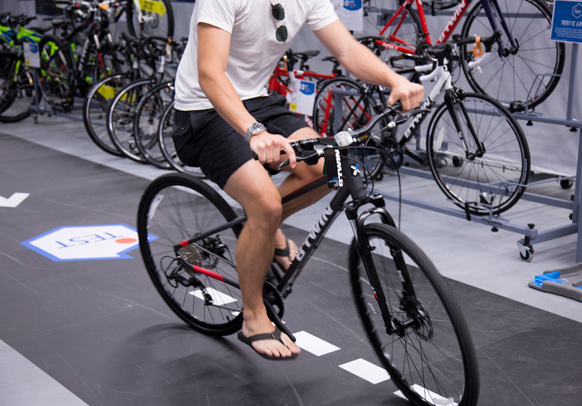 But Bernie said that while prices were “very cheap”, he was slightly sceptical of the quality of Decathlon’s products.

“You could see a lot of fibres in some of the clothing,” he said.

“You get what you pay for but some people will buy sports gear knowing it will get used a lot anyway.”

Executive director of the Australian Retailers Association, Russell Zimmerman, said consumers would win out of Decathlon’s entry into the country.

“The competition will bring lower prices in a space we have never seen so much competition in,” he told The New Daily. 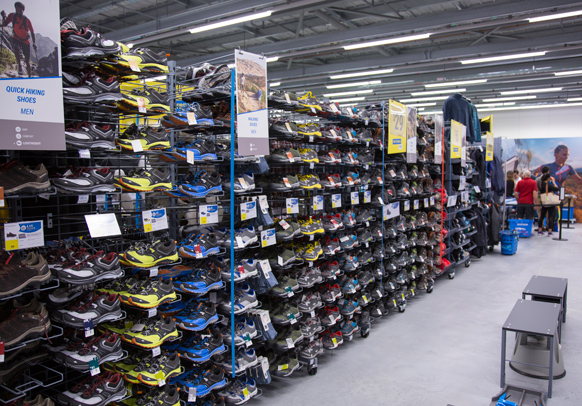 There’s no shortage of shoes in store. Source: The New Daily

“Decathlon are a well-known brand. Anyone who has travelled in that part of the world [Europe] will know it.

“With all these things, there will be a big flush of people in to visit the store but the challenge is what happens in 12-18 months.

“But I certainly admire anyone who will be experimental.”