The inside word on Lidl’s plans for Australia 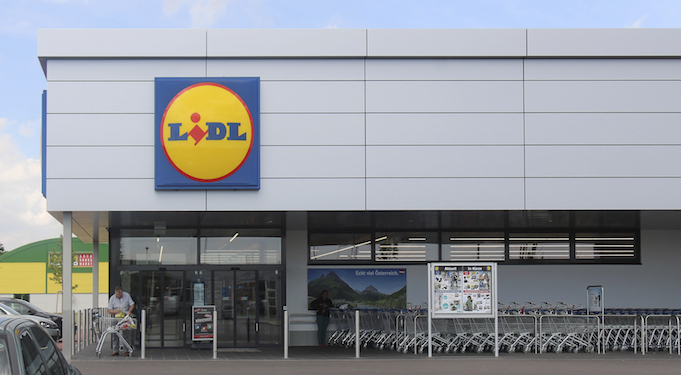 A Lidl store in Vienna, Austria.

The New Daily has obtained a never-before-published report that provides an insider view of Lidl’s plans for an Australian invasion.

A source who asked not to be named provided us this week with analysis by Brittain Ladd, a former Deloitte consultant, who extensively researched Lidl and other global retailers.

The analysis, written in 2015, concluded that Lidl is actively working to enter Australia, but is refusing to confirm its plans in order to maintain a competitive edge — and that an “all-out price war” will erupt when it does arrive.

“By providing as little information as possible, Lidl is ensuring that they’re keeping their future competitors off balance and guessing. Coles, Woolworths, and Aldi all have the advantage over Lidl as they are currently operating successfully in Australia.”

The analyst was firmly of the view that Australia is a ripe market for another grocery discounter.

“Based on a review of Lidl’s operations and geographic preferences, all signs indicate that Australia is a geography that meets Lidl’s requirements for entering a market,” he wrote.

“In addition, due to the size of Australia’s grocery market, estimated to be in excess of $90 billion, Australia offers significant opportunities for generating revenue.”

Speculation of a Lidl entrance was renewed this week when Fairfax reported the company was continuing to snap up trademarks in Australia, including ‘Sir Edward Tea’ and ‘Sweet Corner’.

The analyst was convinced that Lidl will easily co-exist with fellow German discounter Aldi, which preceded it to Australia in 2001.

“What’s unique about Aldi and Lidl is that they have learned to operate and compete in close proximity of each other without causing undue harm to either,” Ladd wrote.

“A truism within grocery retailing is the saying, ‘Wherever Aldi goes, Lidl is soon to follow.’ When it comes to Australia, Lidl is certainly soon to follow as Aldi has provided the playbook for success. Aldi has proved that consumers are attracted to low prices in a no-frills environment. Aldi has also proved that they can take market share away from Coles and Woolworths with alarming ease.”

It helps that the two companies have slightly different strategies, the former Deloitte analyst wrote: Lidl has larger and brighter stores and a wider product range.

Lidl was founded in Germany in the 1930s as a food wholesaler. It survived World War II and turned to retail in the 1970s. It began expanding globally in the 1990s and now has 3000 stores in Germany, 1500 in France and 630 in the United Kingdom, with a presence in 24 other countries.

Its proposed US entry in 2018, and recent heavy expansion across Britain, is widely thought to be delaying its Australian arrival.

Australian customers and suppliers will benefit when it does so, the analyst concluded.

“First and foremost, Australian consumers will benefit from having the two best discounters in the world operating throughout the continent making the consumer the biggest winner,” Ladd wrote.

The losers will, of course, be Woolworths, Coles, IGA and independent grocers, he wrote.

“Suppliers will win as they will more than likely find willing partners in Aldi and Lidl who will want to expand sourcing locally as much as possible including potentially manufacturing their private label products in Australia. It goes without saying that suppliers are hoping for Lidl to enter Australia.”

“Aldi has already proved they can take market share and Lidl will find similar success.

“Using history as a guide, when Aldi and Lidl both enter a market, traditional supermarkets immediately attempt to compete on price with little success.

“All indications point to an all-out price war breaking out as Coles and Woolworths will attempt to hold onto market share with neither being successful over the long run. Independent grocers will slowly but surely disappear from the landscape as they simply have no chance of competing or winning against Aldi or Lidl.”

But fans of Aldi can take comfort from the analysis: “Will Lidl win in Australia? Yes, against independents, Coles and Woolworths. Will Lidl beat Aldi? Highly unlikely.”

Brittain Ladd expanded on the impact of Lidl and Aldi on Australia’s grocery market in a publicly available report in 2015.

Had the opportunity to be a customer at a Lidl store in the UK recently. Their fruit and veg offerings were spot on but their store layout left a lot to be desired. May not suit many Australians.