Why Jeff Bezos thinks Amazon will fail and “go bankrupt” 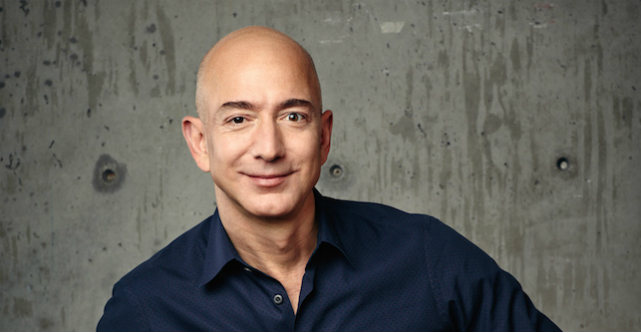 While companies, governments and consumers across the world are fretting over the dominating growth of near-trillion dollar retailer Amazon, its founder and chief executive is instead predicting the company’s downfall.

The Guardian reports Amazon’s founder Jeff Bezos, who has a net worth of over $210 billion, has told staff as part of an all-hands meeting the online retail and software company was in no way ‘too big to fail’ in response to a question about the fate of fellow US retailer Sears, which filed for bankruptcy in October.

“Amazon is not too big to fail … In fact, I predict one day Amazon will fail. Amazon will go bankrupt. If you look at large companies, their lifespans tend to be 30-plus years, not 100-plus years,” Bezos reportedly told his staff.

According to the successful entrepreneur, in order to avoid this apparent inevitability for as long as possible, the company would need to “obsess” over customers rather than itself.

“If we start to focus on ourselves instead of focusing on our customers, that will be the beginning of the end,” he reportedly said.

“We have to try and delay that day for as long as possible.”

Amazon’s Australian launch at the end of 2017 was highly anticipated and feared by local retailers and industry leaders alike, however, the company’s foray into the local markets has been more puff than pow so far, with consumers less than impressed with current offerings.

Small businesses have also felt hard done by when it comes to the retailer, with some saying their sales on the platform have been paltry when compared to existing local marketplaces such as eBay. The company has also come under fire for its alleged treatment of warehouse workers, which was described as a “hellscape”.

The company made a $9 million dollar loss in Australia in the 2017 financial year.

However, this hasn’t deterred the business from launching new features Down Under, opening a new fulfilment centre in Sydney and launching a new online fashion store and catalogue for Aussie shoppers.

NOW READ: Amazon Australia has launched a food and grocery offer and is already selling out of some products